„Officer persuaded me to take a Highland ramble into the Gutchevo range, and first visit Tronosha… Ascending rapidly, we were soon lost in the woods, catching only now and then a view of the golden plain through the dark green oaks and pines.

For full three hours, our brilliant little party dashed uphill and down dale, through the most majestic forests… till we came to a height covered with loose rocks and pasture. ’There is Tronosha’, said the Officer, pulling up, and pointing to a tapering white spire and slender column of blue smoke that rose from a cul-de-sac formed by the opposite hills, which, like the woods we had traversed, wore such a shaggy and umbrageous drapery, that with a slight transposition, I could exclaim, ’Si lupus essem, nollem alibi quam in Serviâ lupus esse!’ (The only place I would be a wolf is in Serbia)“, wrote Andrew Archibald Paton, British diplomat, in 19th century. I am following in his footsteps today!

So, we were off to Tronosha Monastery. We drove for 7 or 8 kilometers from the main road going up through dense forest, passing by nice ethno village. The path was somewhat different than the one Mr. Paton took on his horse. After a while, we have reached the valley.

About 300 meters up the hill and the famous Jugovic’s Fountain awaits. According to legend, it was build by Jug Bogdan and his nine sons (popular Serbian heroes), before they went to Kosovo’s battlefield in 1389. It is decorated with nice mosaics. The spring water was sparkling out of the lion’s mouth sculptures. Another hundred meters up and there it is the Tronosha Monastery.

„Crossing the stream, we struck into the sylvan cul-de-sac, and arrived in a few minutes at an edifice with strong walls, towers, and posterns, that looked more like a secluded and fortified manor-house in the seventeenth century than a convent… We then, according to the custom of the country, went into the chapel, and, kneeling down, said our thanksgiving for safe arrival“, Mr. Paton says about Trohosha. I took few candles…

Byzantine fresco on the walls

„I remarked, on taking a turn through the chapel and examining it minutely, that the pictures were all in the old Byzantine style – crimson-faced saints looking up to golden skies“, he continues.

The Monstery was built by Serbian king Dragutin in 1317. This is where famous linguist Vuk Karadzic went to school, the village Trshic where he was born is nearby. Once again, we got struck by the peace of the place. And then we just stood there amazed by frescoes on monastery walls, „crimson faces“ gazing at us. You cannot help but wonder how was it centuries ago for those who fled through the woods and found their refuge inhere!

„From a thousand tongues“

British diplomat whose book travels with us now, at the beginning of 21st century, watched Serbian peasants preparing themselves for a festivity of religious holiday at the Monastery: „A green glade that ran up to the foot of the hill, was covered with the preparations for the approaching festivities – wood was splitting, fires lighting, fifty or sixty sheep were spitted, pyramids of bread, dishes of all sorts and sizes, and jars of wine in wicker baskets were mingled with throat-cut fowls, lying on the banks of the streamside by side with pigs at their last squeak.“

Paton was thrilled when woken up the next morning by peasant’s song, solemnly dressed, those who sang in one voice: „When I thought of the trackless solitude of the sylvan ridges around me, I seemed to witness one of the early communions of Christianity, in those ages when incense ascended to the Olympic deities in gorgeous temples, while praise to the true God rose from the haunts of the wolf, the lonely cavern, or the subterranean vault.“

And when he was supposed to leave, Paton was deeply moved: „I mounted my horse; the convent bells began to toll as I waved my hand to the assembly and ’Sretnj poot!’ (a prosperous journey!) burst from a thousand tongues. The scene was so moving that I could scarcely refrain a tear.“

A quick stop to Trshic village

With our bottles filled with Jugovic’s Fountain water, we have decided to do a quick stop to Trshic village. It’s not that „off the road“, and it would be a pity not to visit since everybody in Serbia knows about Trshic and have probably been there while being in school.

The trek through the memorial park is more than pleasant. Small alley with trees on both sides, then over the bridge, next to the old wooden house and restaurant with traditional rugs over its chairs and benches, one cottage – library, the other – workshop, and up the hill small Karadzic’s house. Like stepping back in time!

There is an entrance fee for the house. It started to rain outside. Lady behind the info-counter showed us where to enter, saying to call her if we have any questions. She sat at her counter again, making sure to avoid the rain and we rushed through the area.

Next: SPA THAT HEALS, AGAINST ALL THE ODDS (11) 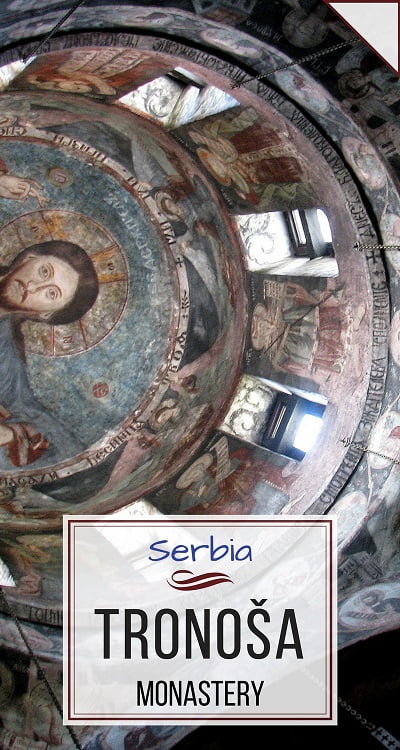 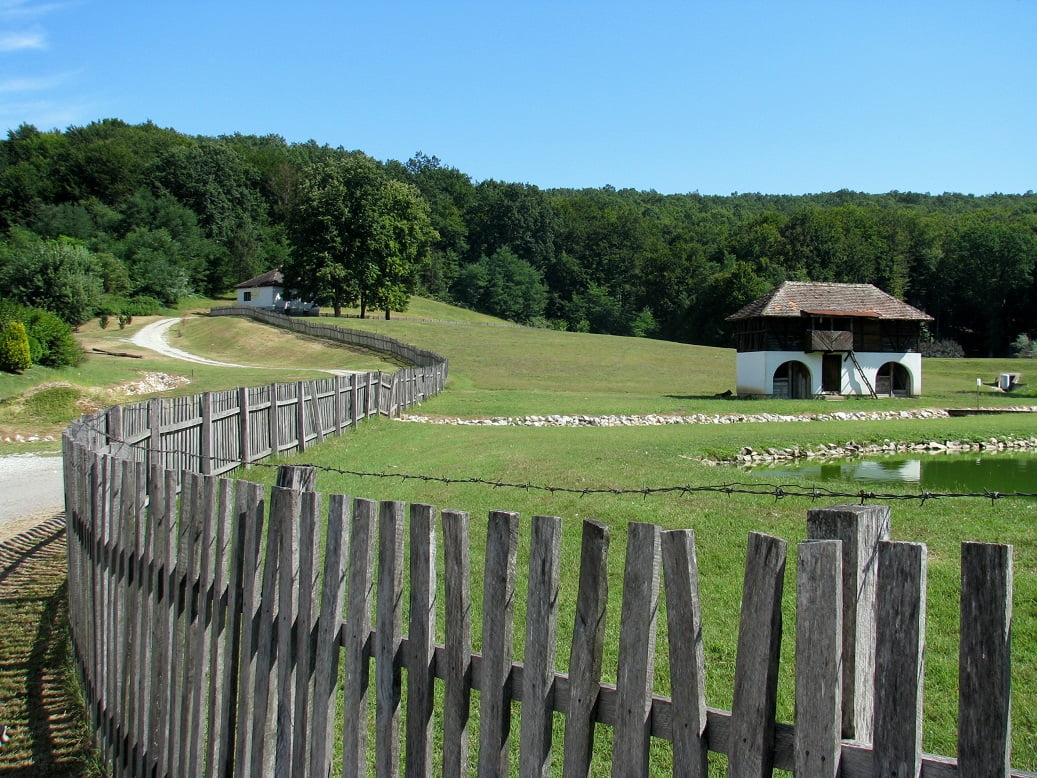 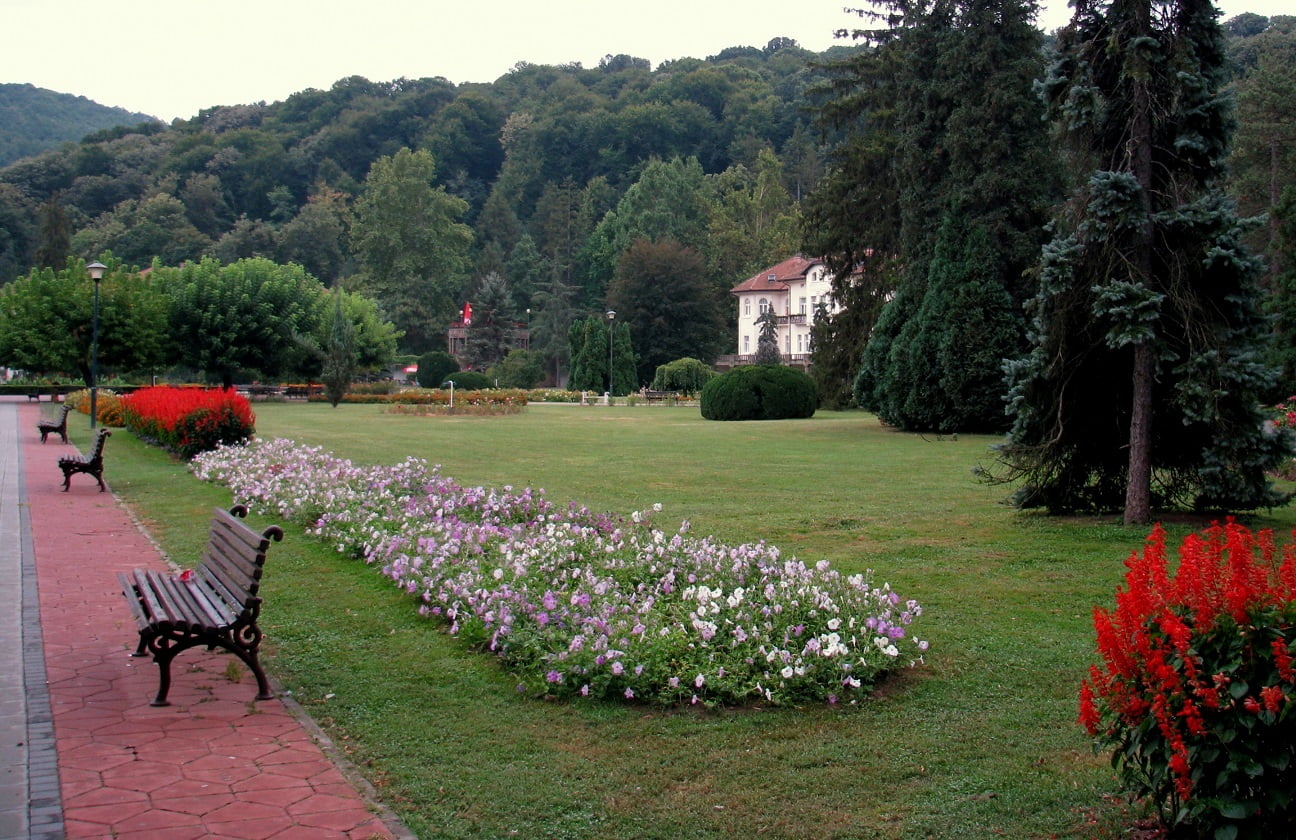