Every time you ask someone what to see in Dubai, the answer is always the same – shopping malls. One may think that this is not that interesting, because it’s the same as back home, wherever home is. Even if you want to buy a couple of things, you still expect to spend most of your time visiting some cultural locations and maybe lying on the beach. But, remember – the beach was scratched out! And for places to visit in Dubai, well, that will require more imagination than you may have expected. We’ll come to that…

Anyway, even though you were not thrilled about the idea of going to shopping malls, have in mind that they are like small towns here and that the city is proud of „the shopping experience“ you will hardly get anywhere else.

You are more than surprised when you realize that Dubai with its two million inhabitants, stretching for few dozens of kilometers along the coast, has so many shopping malls!

A section dedicated to China in Ibn Battuta Mall

People from all over the world are pouring here to shop and trade, Arabs from the region come during weekends. You even go for a walk here (since it is impossible to do it outside in the summer), as if you were in some great avenue. You pass by various shops, go for lunch or coffee, see the movie, pay your bills and do buy something along the way. Here, on one of the „squares“, you may come across dance performances or workshops for kids. But also, something you wouldn’t normally expect.

One of the world’s largest shopping centers is right here – Dubai Mall. It is home to some 1,200 stores, the so-called Fashion Avenue, dozens of cafes and restaurants with all the cuisines you can think of, a special gold souk with over 220 jewelry outlets, a luxury hotel, huge screen cinema.

There is also a huge fountain, going up for four floors, with sculptures of men diving in. Kids are going to be thrilled by theme park SEGA Republic or KidZania. Here, you will find Olympic sized ice skating rink, but also an enormous aquarium that displays over 33,000 tropical fish. Although in the middle of the shopping mall, one can go scuba diving with sharks and rays.

„Its location may be a little unusual – in the middle of Dubai Mall – but that’s Dubai for you“, says the guide book I have carried around with me.

It’s not just Dubai Mall that it’s famous for its „cooling down possibilities“. There is another „shopping experience“ in Emirates’ Center – a genuine ski resort.

But, other shopping malls do not fall behind. There is the Time Square Center with a large chamber made of ice, or hiking and climbing area. Or Mirdif City Center where you will get a simulation of skydiving. Wafi Center was built as a replica of an Egyptian temple.

Also, Ibn Battuta Center got its name after the famous scholar from Morocco who was 29 when he traveled the world in the 14th century, from Mozambique to Spanish Granada and from Cairo to China. This one includes Iranian, Indian, Andalusian sections.

A pond in the Arab souk

Next to those glittering, „the largest“, „the most expensive“ centers, there are those which may not be that big but do have specific charm.

One of them is Souk Madinat Jumeira, built to resemble a typical Arab market souk with wooden arches, narrow corridors, and oriental crafts. There is a little pond next to it where you can take a small boat ride or just look at Dubai’s landmark – the hotel Burj al Arab. Also, you can find charming Khan Murjan Center inside Wafi, with a huge restaurant balcony in the middle and stores located on the floors around it, with the same oriental charm.

Dubai is not just that, even though it seems it is the most important to be promoted as such – rich, glamorous, with luxury hotels, world-famous restaurants, and expensive limos. For those of you whose eyes are blinking for something more, but more exotic, authentic, the right place to be are souks in the old Dubai where you get greeted by unavoidable haggling. And then you remember…

Even though English is the language you hear on the streets, street signs are written in both English and Arabic, and although Asians work in almost all the shops, agencies, cafes, behind counters, in bars – you are still in the Arab country. The fact one easily forgets having in mind that there is only 20 percent of Emiratis in Dubai. The other 80 are foreigners mostly coming from Asia (75 percent).

Next: SKIING IN THE SUMMER (5) 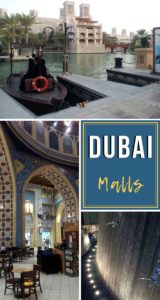 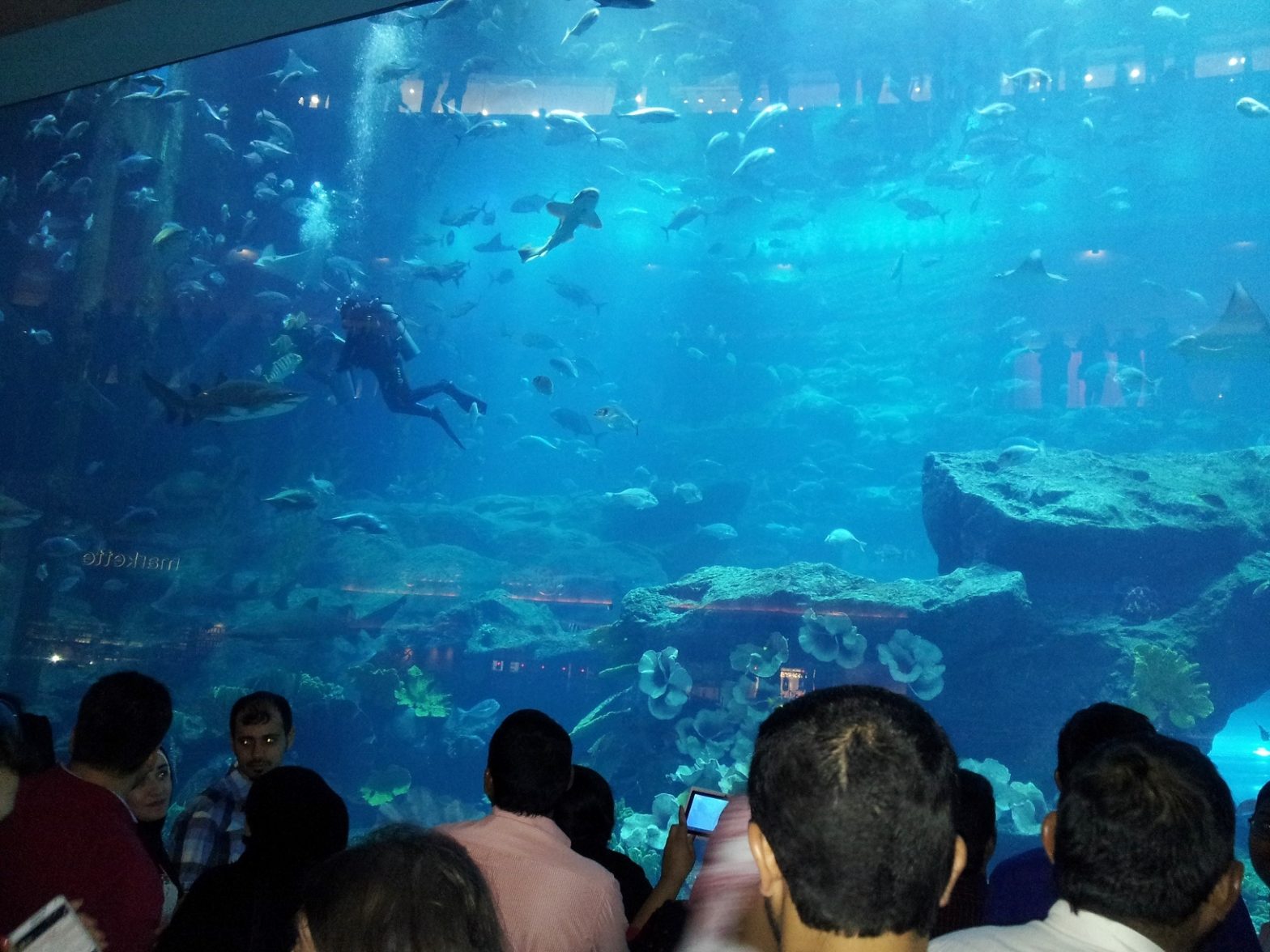 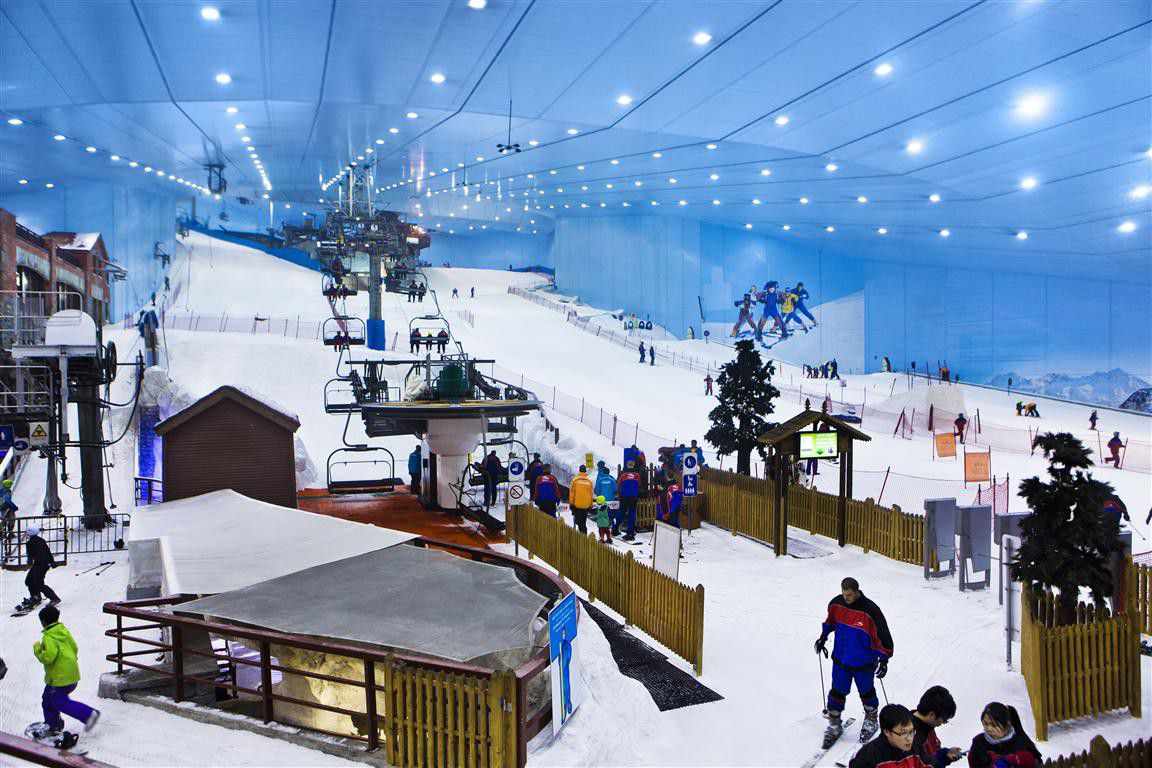