Dubai Creek that separates the two oldest districts – Deira and Bur Dubai, was actually home to the first inhabitants of this emirate. After Baniyas tribe came from Abu Dhabi, the new ruler at the time – Sheikh Maktoum bin Hashar al Maktoum allowed various tax concessions for foreign traders at the end of the 18th century.

Taxi-boat going to the other side

Those who thus far traded through Iran and Sharjah were drowned to the new port. Even the British trading fleet came to use Dubai as its main port in the region since 1903, making a direct link with its partners in British India.

Sheikh Rashed bin Saed al Maktoum ordered another novelty for the bay – to widen the Creek and allow large vessels to get into the pier. The city specialized in import-export in time, mostly trading with gold from India, and so, the trade became the main business branch that stirred up Dubai’s development.

It is possible to see how those trading vessels are made even today in Al Jada district on the top of the Creek.

Boats and dhows lined up in Dubai Creek

Ships of all sizes sprouted from these craft shops and they still take all kinds of goods around the world – from spices, gold, home appliances to large cars. Blue ships are lined up along the coast, one after another, with piles of boxes on the coast waiting to be embarked.

Luxury yachts, speedboats, expensive ships are sure to be seen in Dubai’s bay nowadays, but the Creek is still packed with those old wooden vessels.

Throughout the Creek small taxi boats are buzzing from shore to shore, taking on-board curious tourists or citizens who live or work on the other side. For few dirhams in ten minutes or so it’s easy to get from Deira to Bur Dubai. Up along the coast, there are a lot of anchored ships, made after those old trading dhows, but turned into restaurants. It’s possible to have dinner during a cruise and enjoy a romantic view from the deck for 25 to 70 euros. Keep in mind that you would have to be happy with a view through the ship’s window during summer, since the temperature often doesn’t go below 40, even at night!

Tourists in the sun

If you went around the city by sightseeing bus, you will be given an opportunity to cruise the Creek for free. There is no better way to feel the atmosphere of its buzzing traffic. What we were not told, on the other hand, was the fact that the ship cruises once every hour. An essential fact if you want to go cruising during summer, and here is why!

Waiting for the cruise ship to anchor

The plan was to cool down a bit on the bus until we reach the cruising post. But, when we have arrived, our driver was kind enough to point to the spot where we were supposed to wait for the ship, and then he notified us that „the ship left 15 minutes ago and the next is scheduled in 45“… Sudden silence among those 20 or so tourists, nobody said a word at first. Then they slowly began to come towards each other to ask „if he really said – in 45 minutes?!“.

Just imagine – whitish quay made of concrete, glowing-hot. Short covered passage providing a meter-wide shadow with maybe 10 meters in length. There is nobody around, except for this small group of tourists. Totally understandable having in mind that it’s almost noon. Those lined up ship-restaurants are all closed. Not one of any kind of stores in the area, not one of any object which could have an air conditioning unit! Small amounts of water we had disappeared at the first quarter. The second – and tourists set down on that hot whitish concrete, trying to catch that poor shadow. Enthusiasts took a couple of photos at the beginning, all the cameras were packed afterward. And those minutes were dragging, holding still while we were checking the time more often.

And then, finally, the ship comes. Sure, it’s charming. The group rushes up, after all that „stewing“ in the heat.

Anxious tourists embarking on the ship

A nice line was formed, ready to embark, but Arab employees were not in a hurry, as usual. They wait until the ship slowly docks, then they tie it down, two of them leisurely bring out a small bridge which by no means cannot fit the sag it has to… Just when you think it’s over and you are finally going in to have a breath or two, it seems that the previous group is supposed to leave the ship first. Nobody is in a hurry… Marry tourists come out to the quay in front of those sun-burned, red-faced people outside.

But the cruise has eventually started. The ship offers juice and water for about one euro per can or a bottle, ice-cream costs three euros, and shawarma (if anyone feels like eating after melting in the sun) from 6 to 8. It’s pleasantly chilled inside, you promptly hear Arabic music and a guide wishing you welcome and giving the main info about the Creek.

Dubai Creek view from the deck

We have freshened up a bit and went to the open deck (at least it’s shaded). Luckily, there is a kind of a breeze that comes sporadically…

And then you forget about all those troubles in the sun since the magnificent view of the bay overwhelms you! Trading ships at both coast lines, minarets, taxi-boats zipping by, passengers waving. There, there is that Heritage Village where we plan to go later, and look, there – the narrow way out of the bay into that large one, well known – the Gulf (Arabic or Persian).

Coming off the ship we were satisfied. Luckily, that bus is already there, waiting for tourists to get off the vessel. We have just smiled to that driver, hoping to get to Sheikh Saed al Maktoum house soon.

When the bus stopped and we were given the ticket to enter the house, we wondered why nobody else is interested in seeing it. We passed by a British lady who came back from the house, hopping on the bus and whispering to us that „there is nothing to see“.

We were hoping there would be a toilet on the way. And it was with gaping doors, colored tiles on the floor and two stretching cats cooling down… Well, maybe it’s not that urgent!

There are few similar houses in a row, one of them turned into a restaurant. The one we were looking for is totally empty. Nobody at the door to take that ticket. Inside, nice small courtyard, tiny wooden doors all around in a circle with signs „push“ hanging on a chain. You push one – chilled small room with inscriptions from the Qur’an appears. Then you pull that chain back in order to close the door again. Circled passage decorated with pillars, few traditional chairs or an old lantern to see… The guard appears around the corner, just waves pointing to go upstairs. And then he disappears again. On the first floor a small exhibition with calligraphy explanations comparing different writing styles.

Oh well, if that was it…

On the way to the bus station, there is one more stop – the Heritage Village praised so often by travel guides for being authentic in style, „where people used to live, work, socialize“. It is in the open, but it would be a pity to miss it.

We enter the village, nobody is there. It seems that the sand is burning, there are those wind towers we have seen in Bastakiya, a couple of fireplaces in the open, small houses made of hand-woven twigs… And one „hello“ from behind.

There is a young Arab guy sitting there, guarding the Village, drinking coffee and smoking, seemingly didn’t mind the heat, staring. We ask if we could take a couple of photos. He nods, still staring. The sun is still up, it’s unbearable… You know what – a photo or two is just enough. Snap, snap, „thank you“ and we rushed towards the station!

The bus is still not there. Five minutes is like at least 25 in this heat. These seem like your last efforts to breathe in, there is no water left nor shade. And finally the bus. And a driver who is not in a hurry, ever!

A couple of days later we have mentioned to the sightseeing bus guides that we might go to other emirates, Sharjah or Abu Dhabi, and we were told that „heritage villages there are obligatory to visit“ (being in the open as well and all the same?!). I just smiled remembering that lack of air. And like that young Arab from the souk, lying on his pile of sacks – remember him? – I just waved away like saying: „Don’t understand and don’t care.“ 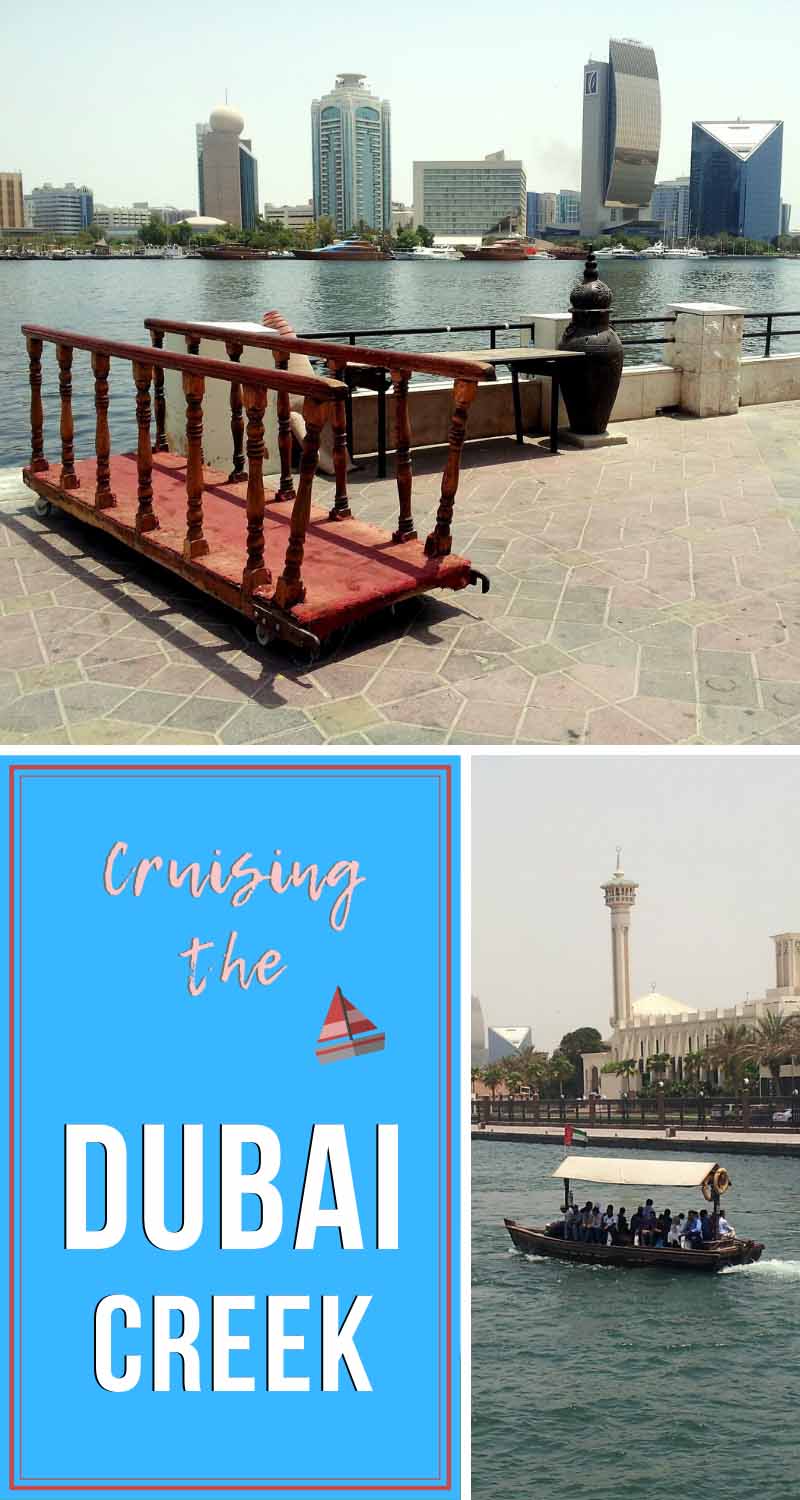 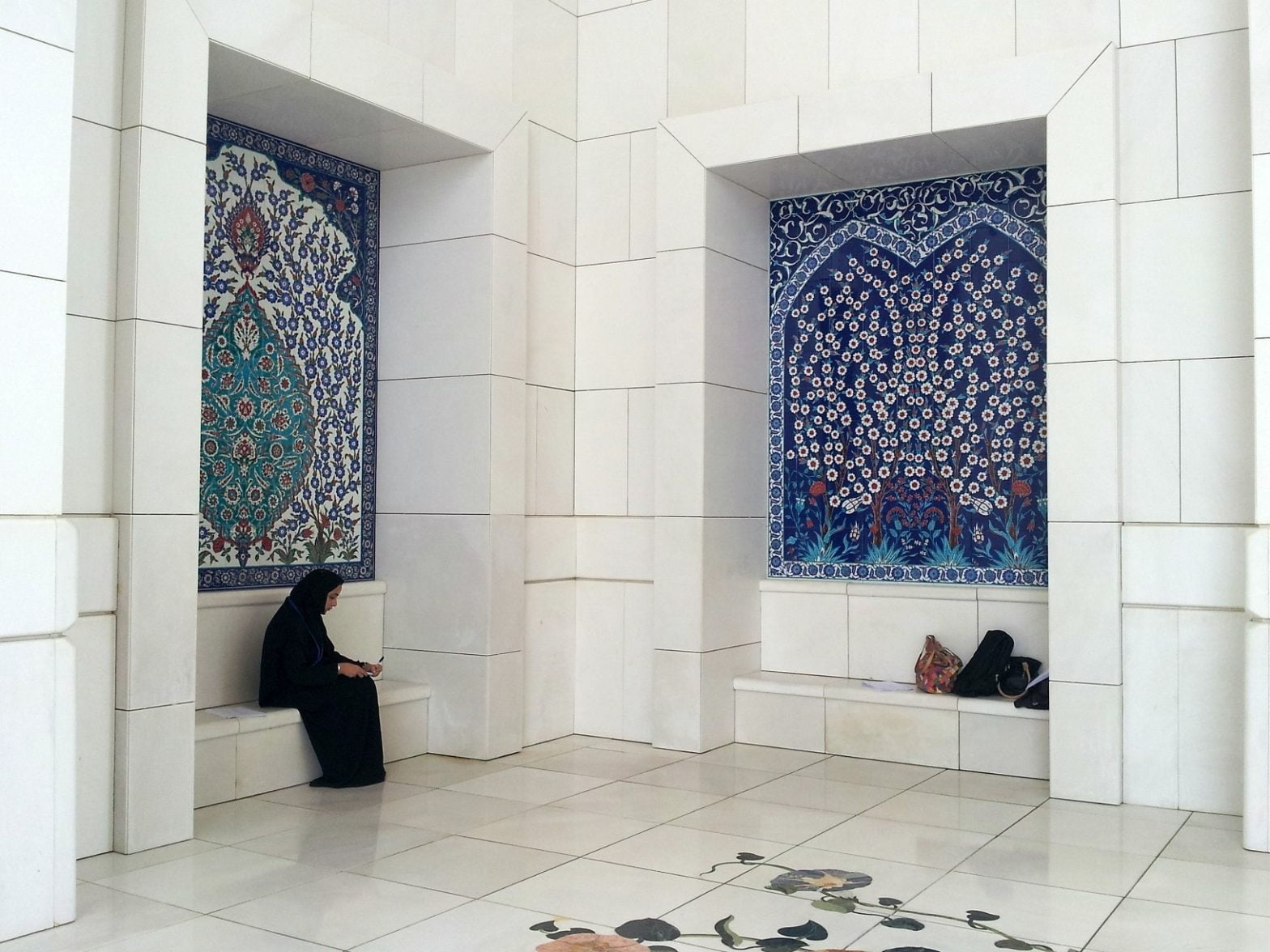 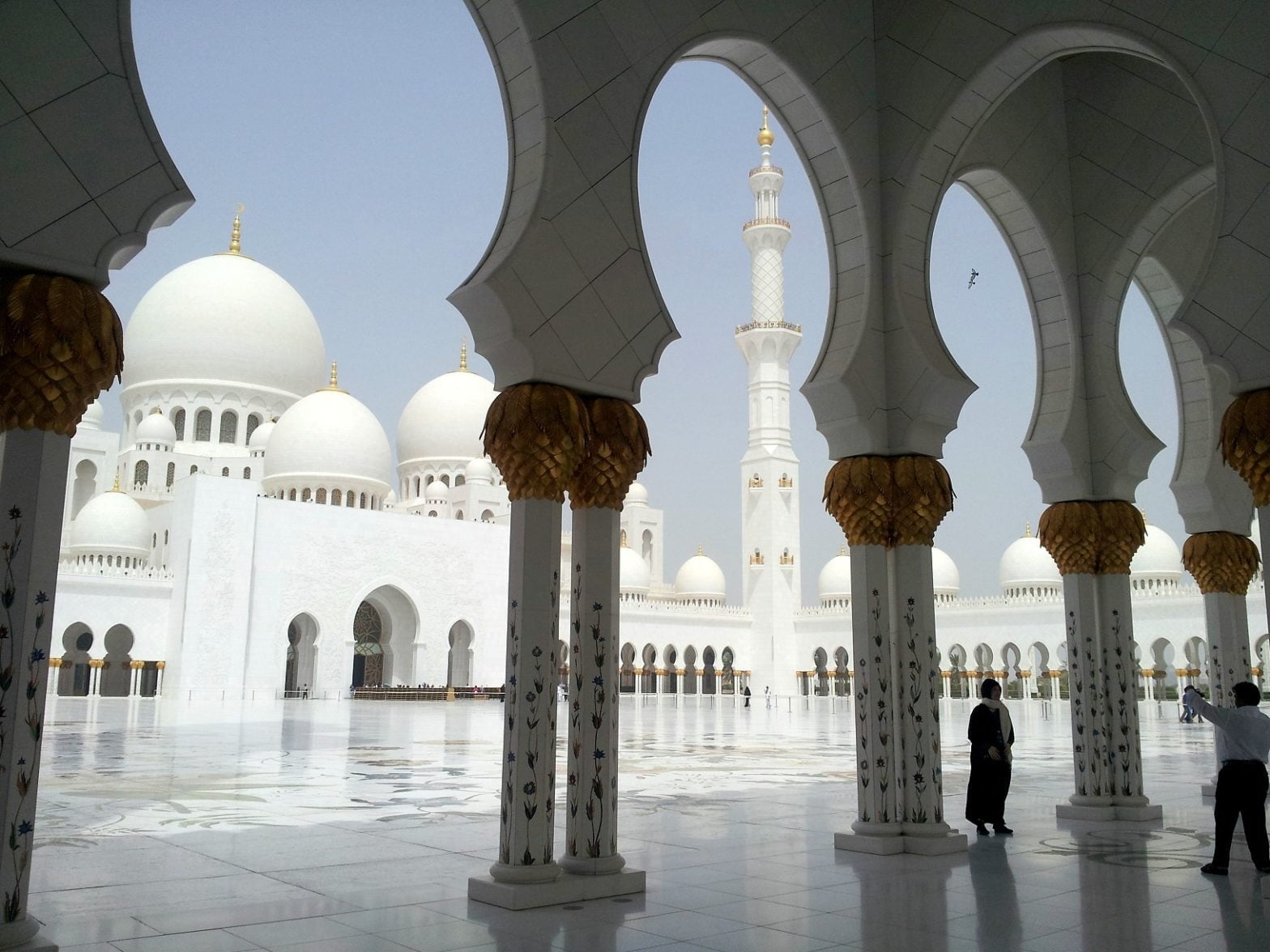