*Was fortunate enough to travel to Syria and see the country in 2008, three years before the war broke out. This homage is a reminder, the story about the country with immense cultural heritage, posted here with the wholehearted wish for peace to be restored and cities to be rebuilt.

If you have had a chance to travel to the Middle East, then you know that the memory would stick with you for life! Being turbulent for centuries, the area carries the weight off its heritage, endless wars, clashes of civilizations and religions, that will make you stand in awe before its rich history, numerous monuments and culture that date back to the few thousand years BC.

People on the streets of the Syrian capital

So many things took off from here and spread to the rest of the world, but also – so many of them got destroyed here, once and for all. History facts, ruins, beliefs, legends and stories, they are all to be found here – on the crossroad between the East and the West. So much so that you will be bound to feel the energy of the region in every step you take, no matter what country you are in and what situation is currently under way!

This is not „just another“ Dubai that sprung up during the last few decades (with all do respect), nor „just another“ place „you must visit“. This is the Middle East, more than anything you can „just“ visit as a tourist.

It so happened that I was coming to Syria from Turkey in 2008. It was immediately clear that I have left Europe, and also that there are no more green, hilly areas rich in waters and forests. This is where the desert starts, this is where you move further towards East, the crossroad, the mixture of various vivid and dynamic worlds, since olden times.

One of the passages in the Old Town

Here, I have later seen Damascus, Hama, Maaloula, Aleppo, and also one of the probably best preserved Roman heritage sites in the world thus far, the magical pearl of the desert – the town of Palmyra.

Cited in Egyptian and Mesopotamian sources in the 2nd millennium BC, Damascus is one of the oldest continually inhabited cities in the world that exists for over 5,000 years! The hieroglyphic tablets found in Egypt say that the city of Dimashka was conquered in the 15th century BC.

Narrow streets of the Old Damascus

Among other things, the area owes its appealing position to the river of Brada. The settlement grew rapidly on its banks.

The city was once mostly inhabited by Aramaic people (between 1,000 and 700 BC), but the regular city plan was given by the Greeks, driven away by the Nabataeans in the 1st century BC. If you don’t know who Nabataeans were, let me just remind you that they have built the famous ancient city of Petra in the neighboring Jordan!

After Romans came to town, Damascus became Roman province with the circle of walls, cut by numerous gates of which some vestiges still remain.

Damascus was so important that it was targeted by king David, by the Assyrians, Nabuchodonosor from Babylonia, Persians. Alexander the Great took over the city in the 333 BC.

In ancient times, the town served as a military base for combating Persians. Byzantine Empire came afterwards, Crusaders tried to penetrate the city, followed by the Mongols and then the Ottoman Empire.

In order to enter the Old town Damascus, one has to go through one of the oldest gates where the straight wide street begins and takes you through the famous souk right to the Umayyad Mosque (read more about it in the next follow up!). The „main street“ in the Souk al Hamidiyah is covered and bordered by numerous shops on both sides.

Colorful store windows in the souk

At first it might be somewhat difficult to separate anything in all that colorful scenery, packed with gold jewelry and numerous dresses in all the colors you can imagine. There are also heavy perfume scents coming from stores – have in mind that people here prefer strong sweet perfumes. Luckily, the passage is wide enough so that you don’t have to wiggle your way through the crowd. Also, you can easily avoid any of those persistent merchants which sometimes comes handy.

The main passageway through the souk

Truth be told, unlike the souk in Aleppo, merchants here were not that determined to go after you as long as you don’t buy something.

When you turn from Souk al Hamidiyah there are numerous other sections and small passageways, each dedicated to one type of goods. Thus, there are separate souk sections for male clothes, spices, jewelry, but you can find carved pieces of furniture, carpets in all the colors imaginable, table cloths, shoes, camel skin wallets, and a lot more!

Next: GREAT MOSQUE OF DAMASCUS (2) 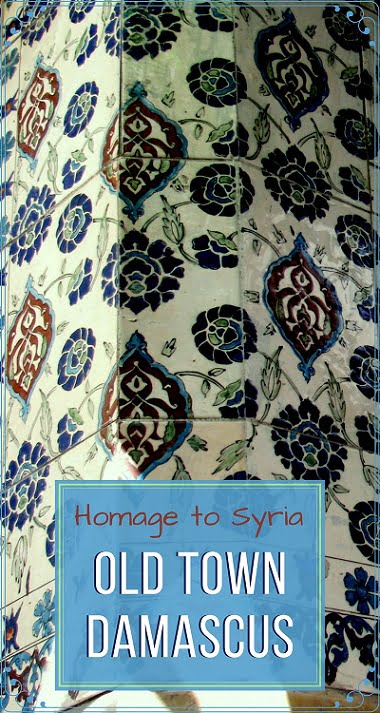 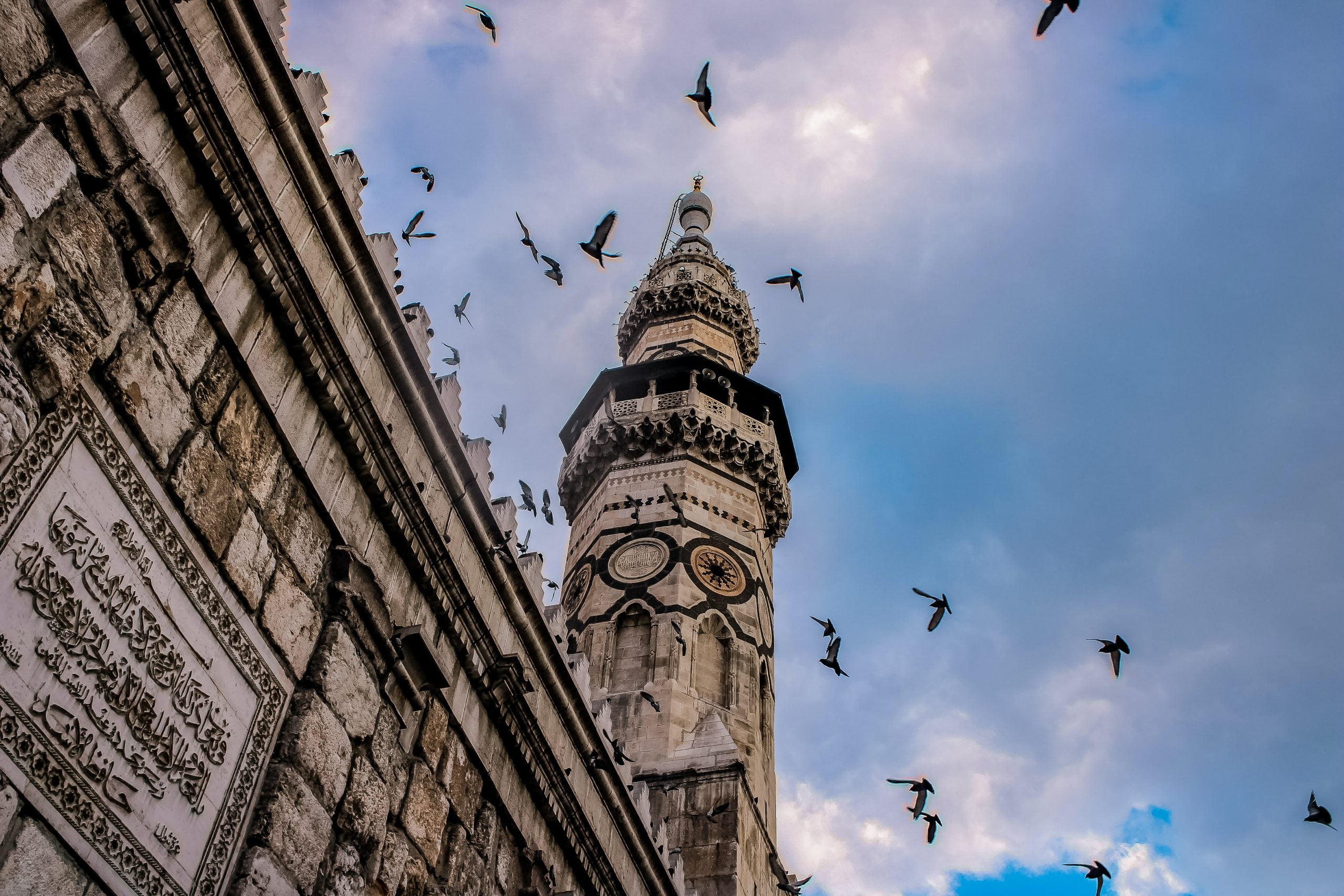 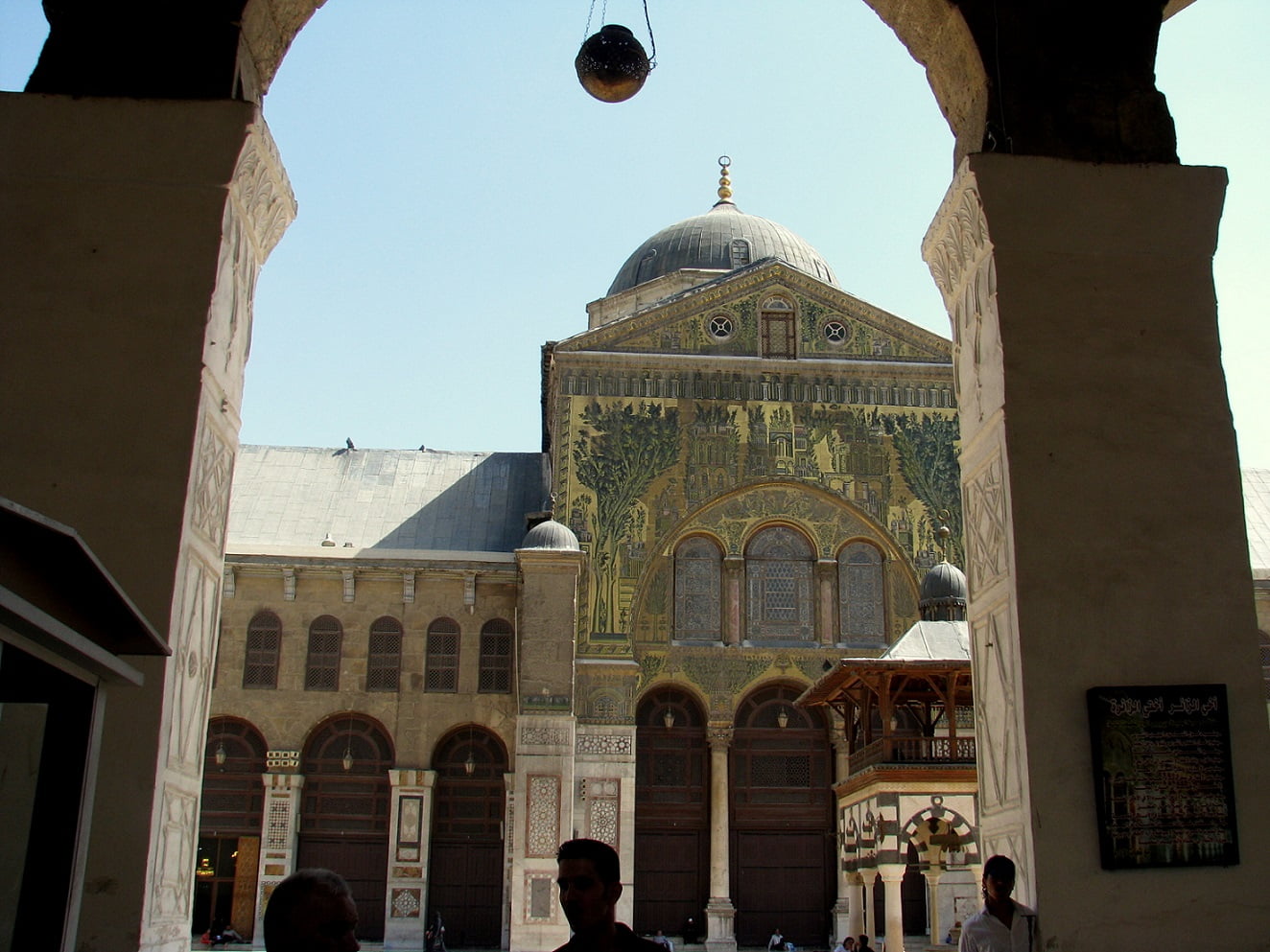