People usually travel to Singapore for shopping or they change flights on their way to Australia, New Zealand, and other destinations further east or south. If you come for shopping, have in mind that you will find all the famous brands you crave to put in your closet and that all those goods are way cheaper than in other parts of Asia since it’s tax-free. The only thing to be cautious about is not to go over the luggage weight limit.

Modern architecture in the city

If Singapore is just a layover for you and you only have a day or two, let me just tell you that it would be a shame to spend it shopping, because there is a lot to see in this city-state! Some places and parks are not among the most popular locations with local tour operators, but they are easy to find and you will be more than pleased that you have visited. So, get some info in advance, especially if you do not have that much time, and try to use it wisely!

When it comes to my story, Singapore would have definitely been a layover since I was on my way to Bali, but I have decided to spend almost half of my vacation in the city and not just a day or two. And I didn’t regret it, not for a minute!

Keep your shoes on

When you begin your trip towards Singapore, be prepared that you will fly for hours (12 from Frankfurt, Germany to be exact), above various countries and lands until you finally reach this small place, the city-state almost on the very edge of the Equator. Also, no matter how good your English is, there is no way you are going to catch all the phrases and the local dialect just as easy.

Traditional details incorporated into the city

Try to keep yourself entertained during the long flight, since it’s always a venture to endure 12 hours sitting in a plane, especially if you cannot sleep while traveling regardless to the mode of transport (like yours truly!).

And there was a warning at the beginning of the flight that surprised me a bit, although it became clear much later… Flight attendants informed us about the safety issues and exits, said we should turn off our phones and electronic equipment etc. But, other than “putting you seat up” and “your luggage properly”, they said that passengers should “keep their shoes on”?! Well, it was on my way back that I have actually realized that the moment the seat belt-light went green, most of the people around me just took their shoes off!

Fountain in front of one of the shopping malls

You will like Singapore’s airport, it’s immediately clear that you have come to the rich country, clean, where they pay attention to every detail. It is a bit confusing at the beginning, because it’s huge, but you will quickly realize that it is well organized and simple to navigate.

Depending on the airline you are traveling with, it is possible that you will have a transfer to the hotel, flight included. So, I have found the airline counter to confirm the transfer and while waiting for the minivan to come and pick me up, I was immediately “caught in the web”. Still not really aware of the local currency or any prices in the city, I was an easy target for “various tours and things to see in Singapore”, “easy, not expensive and practical”, that were organised by the tour operator collaborating with the airline.

Well, the fact was that those were all pleasant tours and that I have actually booked right there at the airport all the sight-seeing I wanted to do in the first place. They came to pick me up in front of the hotel every day, taking me, along with few more tourists, to various beautiful parts of Singapore. You usually get a free drink or a lunch that goes with it, travel guides are all really pleasant and you do not regret that you might have overpaid for those tours at the airport! There were some stickers we were supposed to put in a visible spot with the name of the tour. And well, the only thing left was just to enjoy ourselves since guides were really well organised.

Accommodation near the Orchard Road

Exchange some money at the airport. The official currency is a Singapore dollar with nicely designed bills and it always seemed like they were brand new!

Strolling along the Orchard Road

When booking a hotel, try to find an accommodation near the Orchard Road, because this is the district full of stores and brands (perfect if you are into shopping), there are a lot of restaurants and cafes, and metro and bus stations are at every corner, taxi is easy to find. From this part of the city it’s easy to go to any other quarter and it will take you not more then ten minutes to get there by metro. Also, the district is always bustling, full of people and popular with tourists.

An umbrella and flip-flops

One more thing. Bear in mind that the climate is pretty humid, so make sure not to go during the season of high temperatures when you will have trouble breathing. The best time to visit is at the end of the rain season which is in March and April (I was there at the end of February). Temperatures do not go over 28 degrees Celsius.

It might rain every day, but I found it really cute and entertaining to see how locals were dressed lightly in short sleeves, skirts and flip-flops, while they were all carrying umbrellas. It’s not what we are used to, since we often relate rain to low temperatures and warm clothes. But, it was easy to blend in. If you do not bring the umbrella, you will easily find one there.

Still, heavy thunder might happen. I have witnessed one and it was like nothing I have heard thus far – like the sky fell into pieces right there, right next to me! I have goggled in total disbelief, almost shouted, standing still for a minute!

Famous brands along the boulevard

But then again, people around me were just indifferent, they were chatting and walking, carrying those colorful umbrellas, like nothing happened. So, I came out of it quickly saying to myself that “everything is going to be all right”.

These are all charming glimpses, stories you will remember from your travels. So, the only important thing is to bring shoes for stepping onto wet surface, a lot! Although, you can always buy some when coming here.

Parking that pays for itself

There is a saying here that “in Singapore, everything is fine”, and that is so true. Wordplay aside, there are so many fines here. One good example is the parking.

Staircase towards one of the subway stations

There are well regulated parking areas for cars and bicycles, of course. According to Singapore’s law, every car has a special device that locates your car, the zone it is parked in, it notifies you if you go over your limits and it pays the parking spot right from your bank account. It does all the work itself, so nobody asks you a thing. Having in mind that the whole city is under constant surveillance, it is impossible to avoid paying the fine if you didn’t obey the rules. Also, it seems that there is no one to whom you might even try to explain that you have left your bicycle in front of the store “just for a minute or two”. You will be charged before even thinking about it, automatically.

Try not to cross the street outside the marked areas accordingly. Not only that you will break the law and pay the fine, but also all those people around you will just look at you as you were some kind of savage who has never heard of the green traffic light. I was amazed by the discipline in Singapore, even felt a bit pressured by it.

A fine for urinating in public

One of the street signs caught my attention. I was walking and there was the sign, popping out of nowhere, saying that urinating in public was forbidden. Didn’t even know whether to laugh or not!

One of the interesting signs

They say that it is common knowledge that “not all the rules are followed” in Indian district of the city, where I have stumbled upon the sign, but still, this quarter was also nice and clean. Anyway, the fine for “non permitted public urinating” was around 500 dollars, which was 250 euros back then (the same amount smokers would pay if being caught having cigarette in public, out of the smoking areas which are scarce).

But then again, the city really seemed so well organised and spotless, that one could have assumed that those fines did work. Here, everything is modern, new, along with lavish green, tropical vegetation, and it seemed that you can get anything just by pushing a button. It all works, alone, by itself, and you are the sol consumer, or an observer!

Next: MERGING LION WITH MERMAID (2) 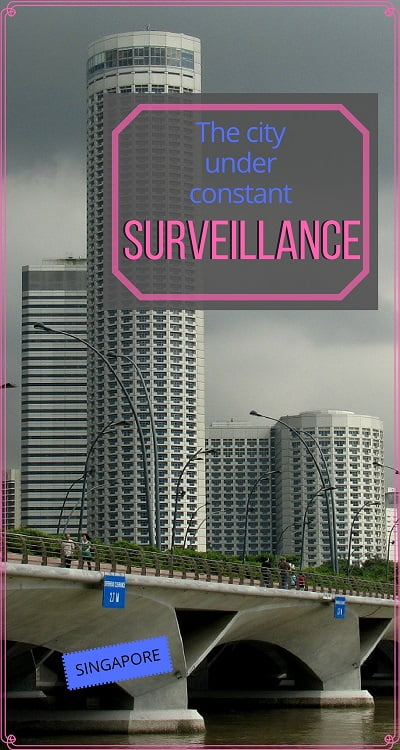 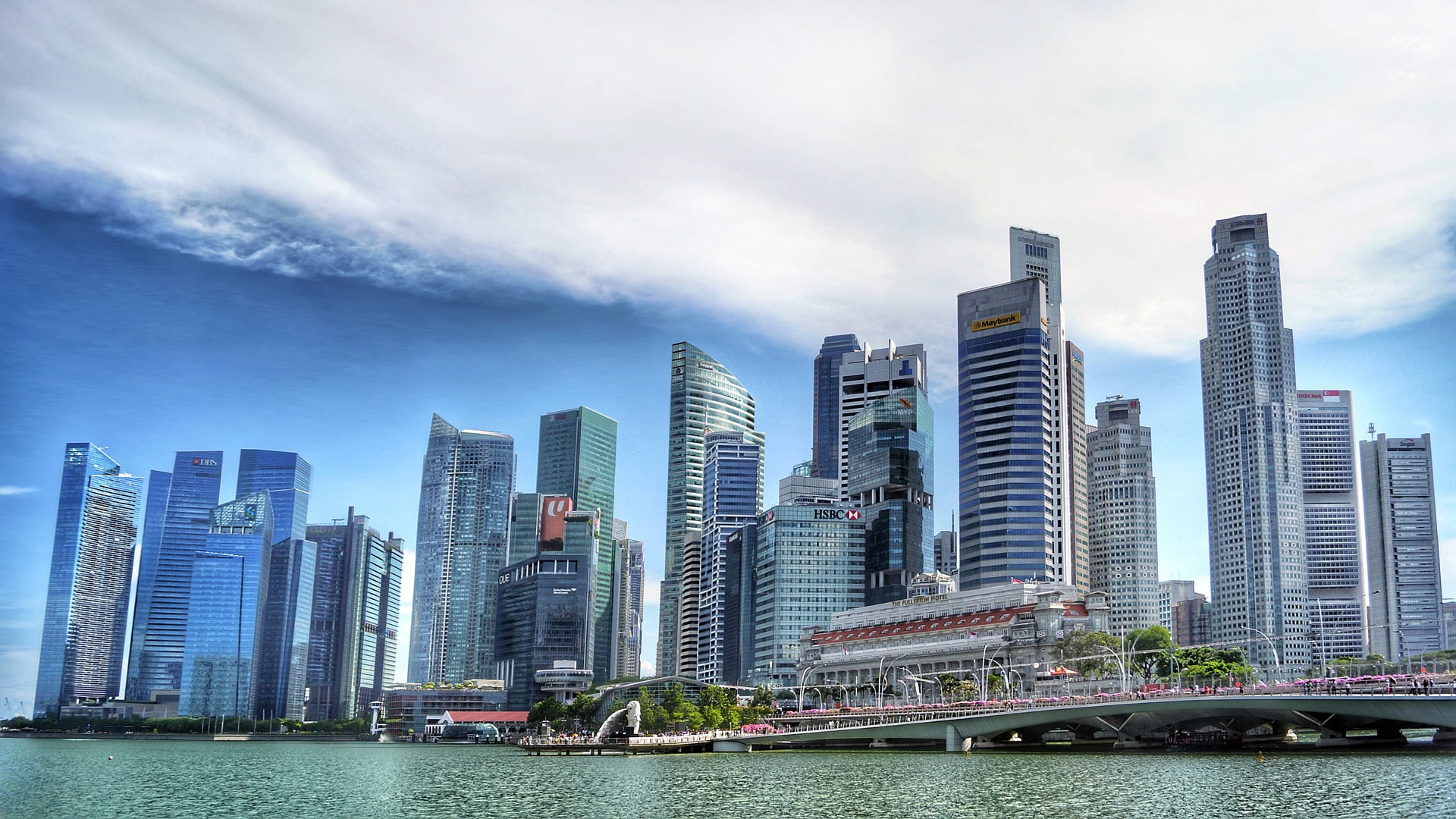 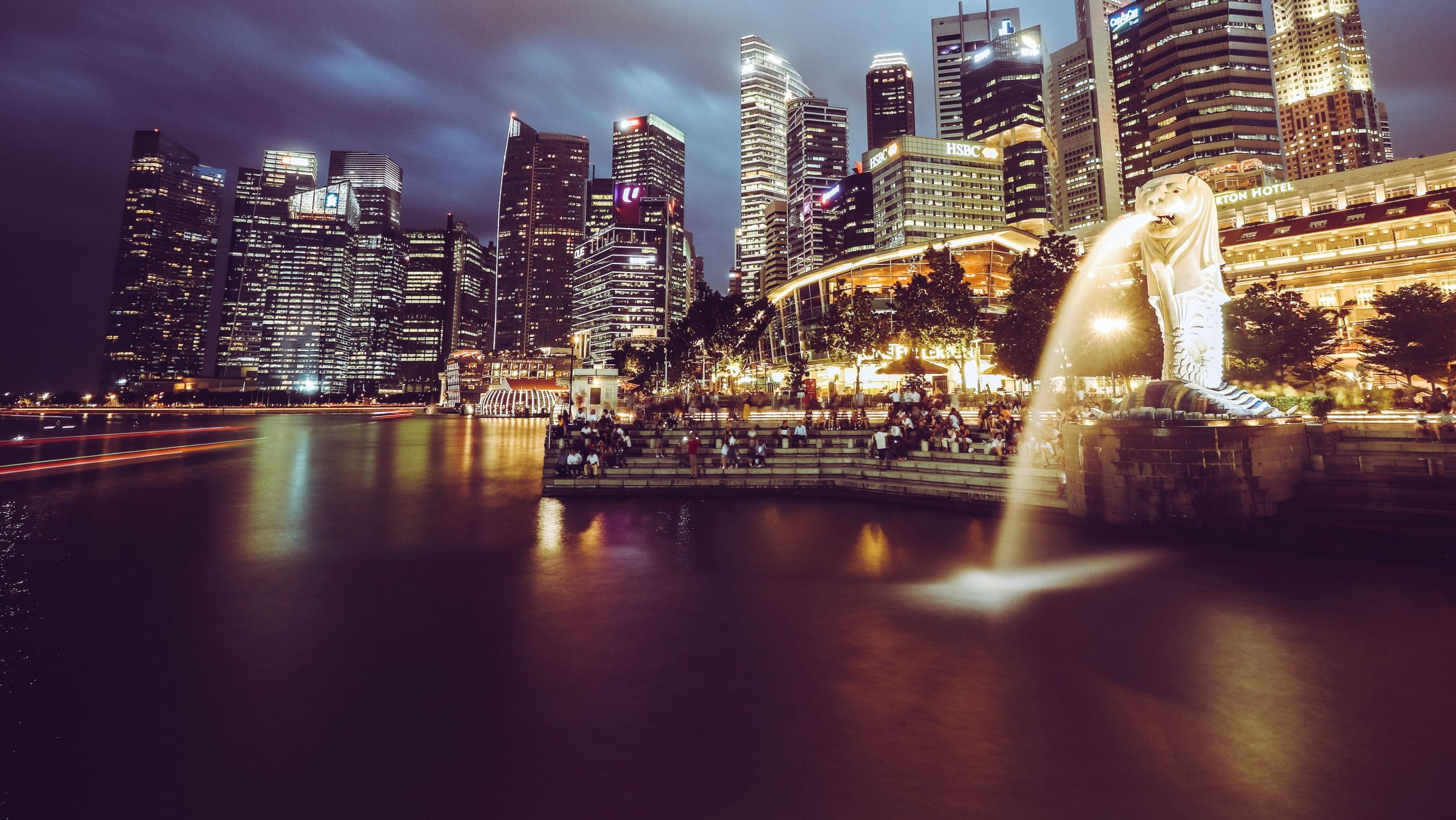