So, let me begin with things to see in Paris. The first memory of my first journey to France in 2003 is related to the unusual heat! 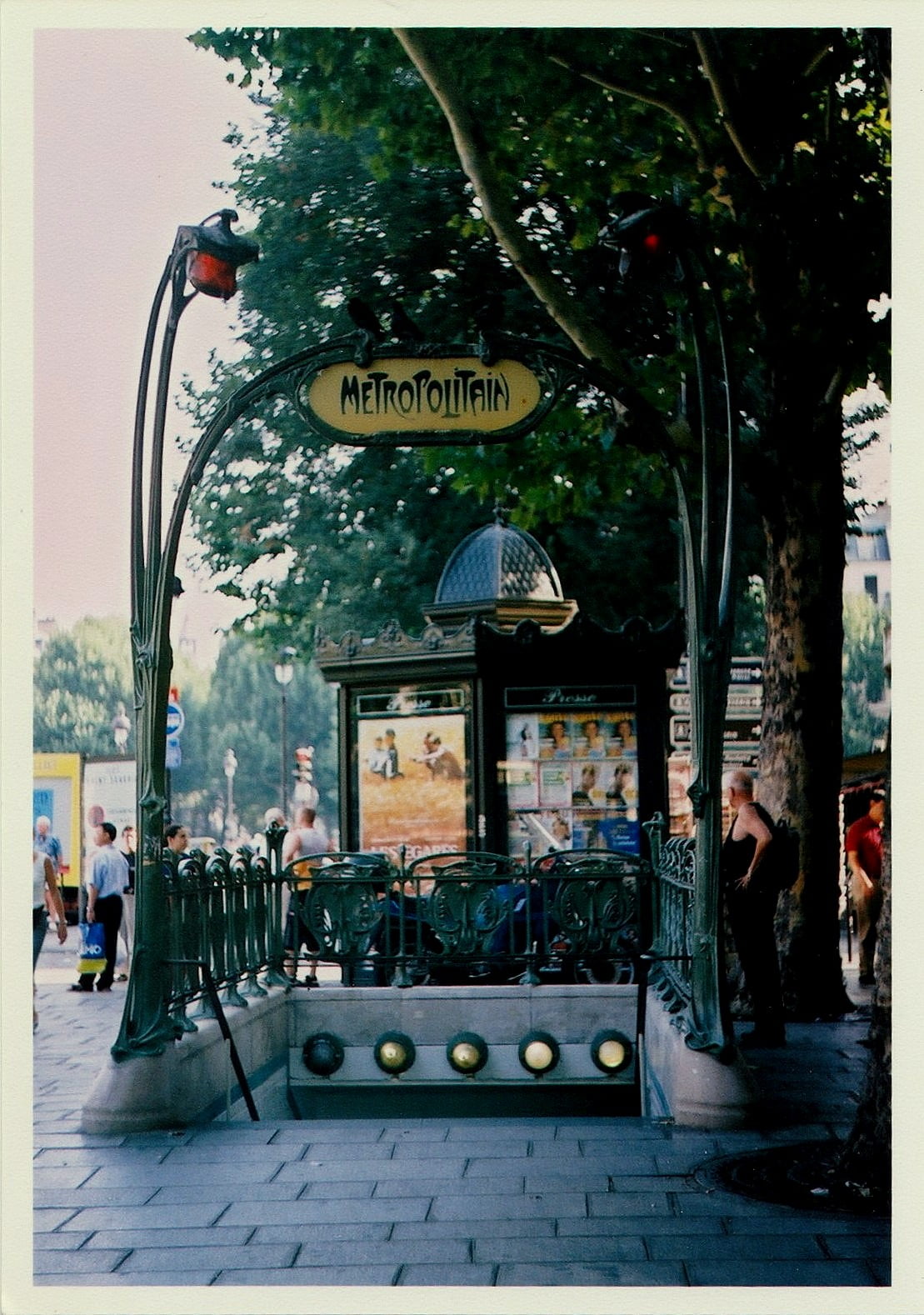 One of the Paris Metro stations

Sure, it was August, but that part of Europe was actually hit by some tropical wave that made the weather – unbearable!

That could not slow me down, of course, and I was ready every day early in the morning, supplied with few bottles of water, light clothes and sandals, and going for my new adventure! (I remember that water was actually sold on almost every corner, it had to be available because of the heat, also streets were often empty…)

To tell you the truth, when I think about it today, I often wonder how I have managed. I was walking all day long, along the Seine, climbing up to the top of the Triumphal Arch, spending the whole day in Versailles and rushing from one museum to the next. In the evenings, when my “batteries” finally dried out, I was listening to the news and couldn’t believe my ears. Hundreds of people asked for help every day because they couldn’t bear such high temperatures! Those were the moments I was… Well, let’s say – a bit concerned. 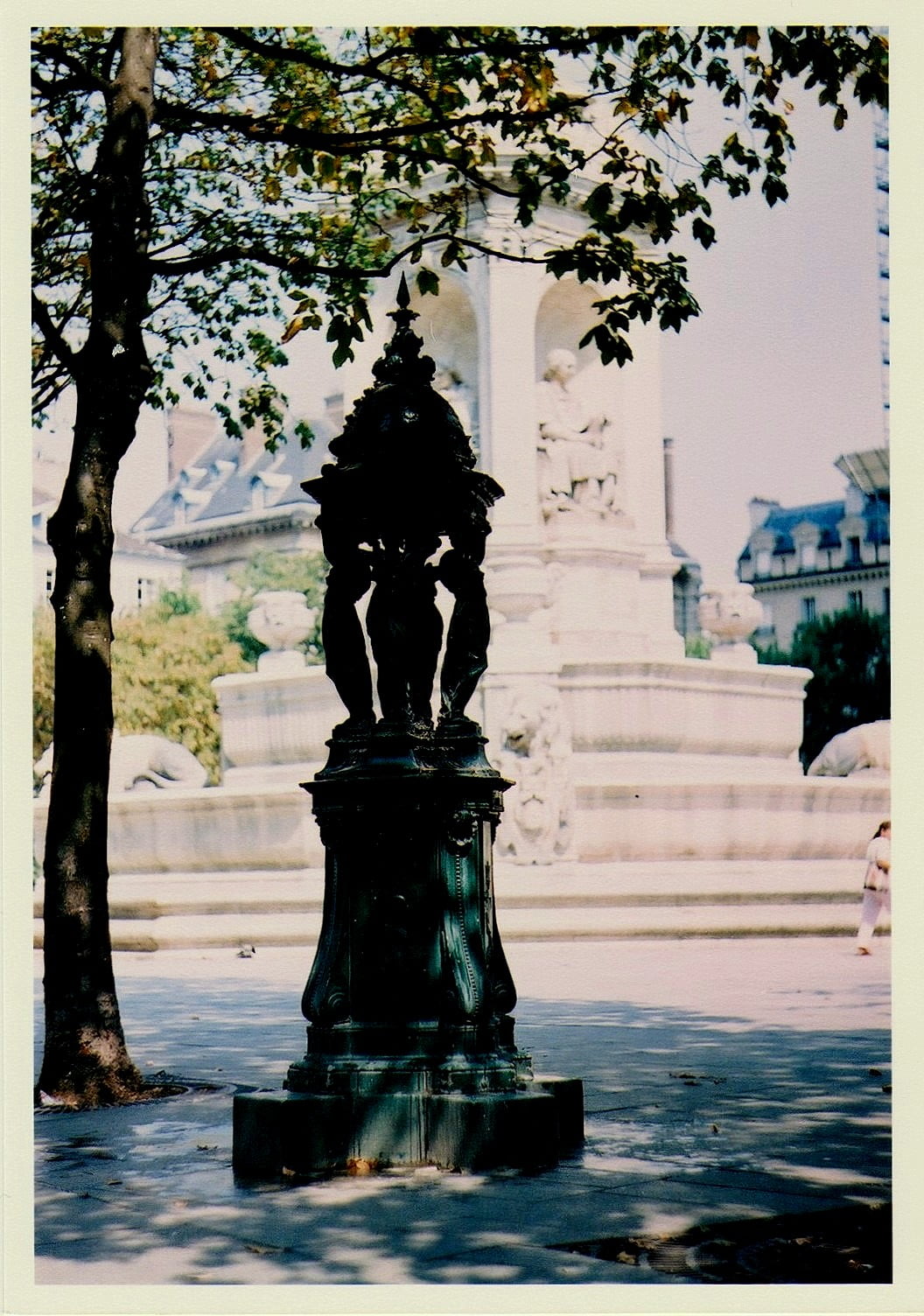 But then again, as soon as the new day broke out, I was once again – ready to go!

“Yes, the heat was unbearable, but there was no time to waste or to wait for some ‘better weather conditions’. Just took a lot of water and started walking – early in the morning!” This is what I wrote in the article that was published in September 2003. It’s still so vivid!

One of the first impressions I had when arriving to the city is that it was really easy to move around. Everything was nicely marked, all the modes of transport were reliable, Paris traffic was easy to navigate. Actually, not long before my trip to Paris, the new law was adopted saying that only public transport vehicles (buses and taxis) were allowed to drive along the yellow lane. Can you imagine! Nowadays, that is something a lot of cities wouldn’t be able to imagine their existence without, it’s just one ordinary regulation we are so used to. 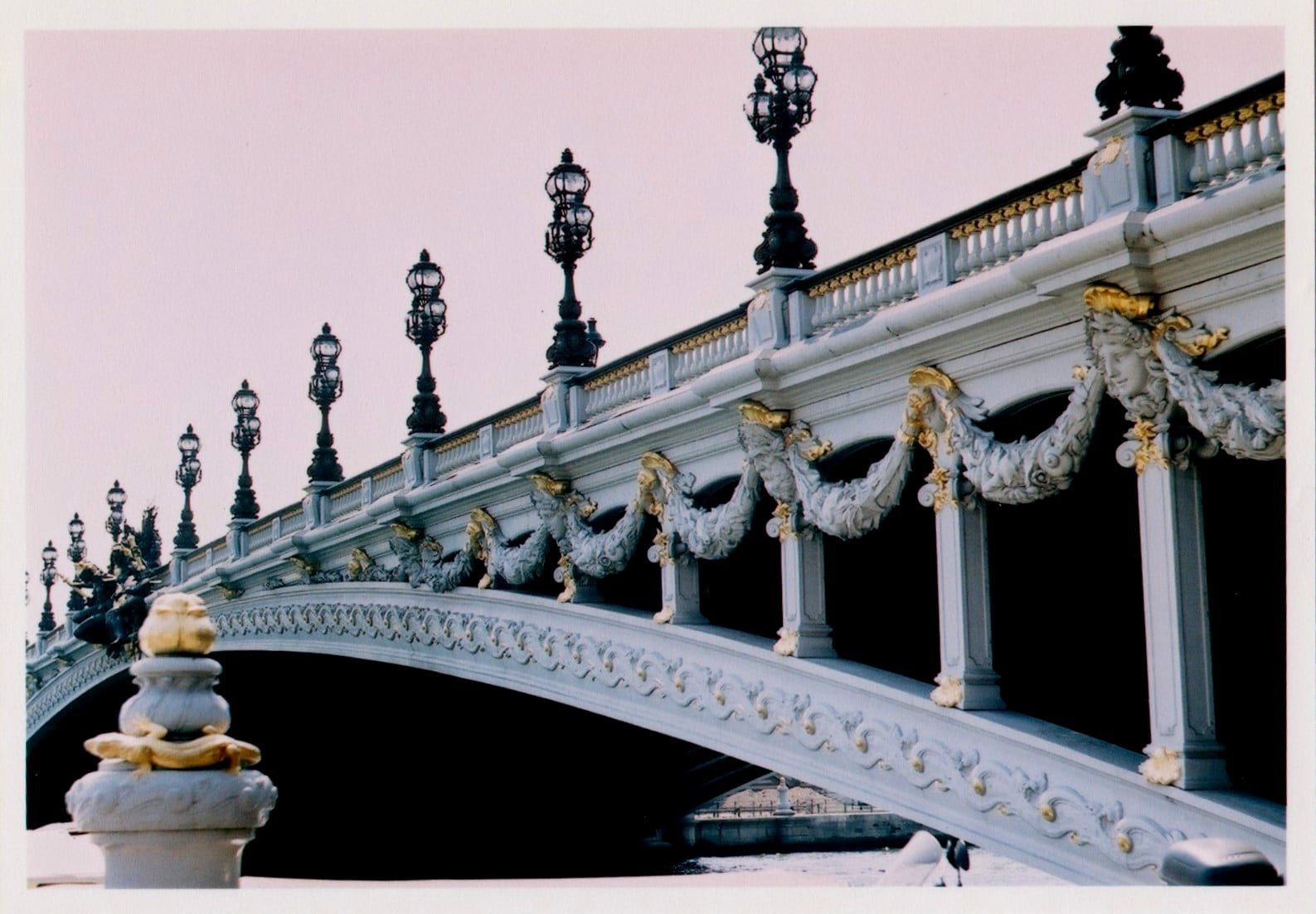 “If you want to take the subway, there is a 14 euro ticket that lasts for two weeks, and you will get the map of all the subway and bus lines. There is another map on every station, so it will be quite hard to get lost. If you would rather go by bus, pas de probleme! More maps, info at the station on when to expect the next bus or when the bus will stop, if being inside the vehicle.”

Because the public transport was so well organized, even the rush hour wasn’t that bad, above the ground that is. Below, it was like in a bee hive! Given the weather conditions, it was nice to hop on the bus from time to time to cool down, since all the vehicles were air conditioned.

And than it came to me! I was traveling to Paris by bus since bus ticket was really cheap comparing to flights back then. What I didn’t know is that this line was mostly used by Serbian expats who were either going back to France after their holidays or were just on their way to visit family in Paris. 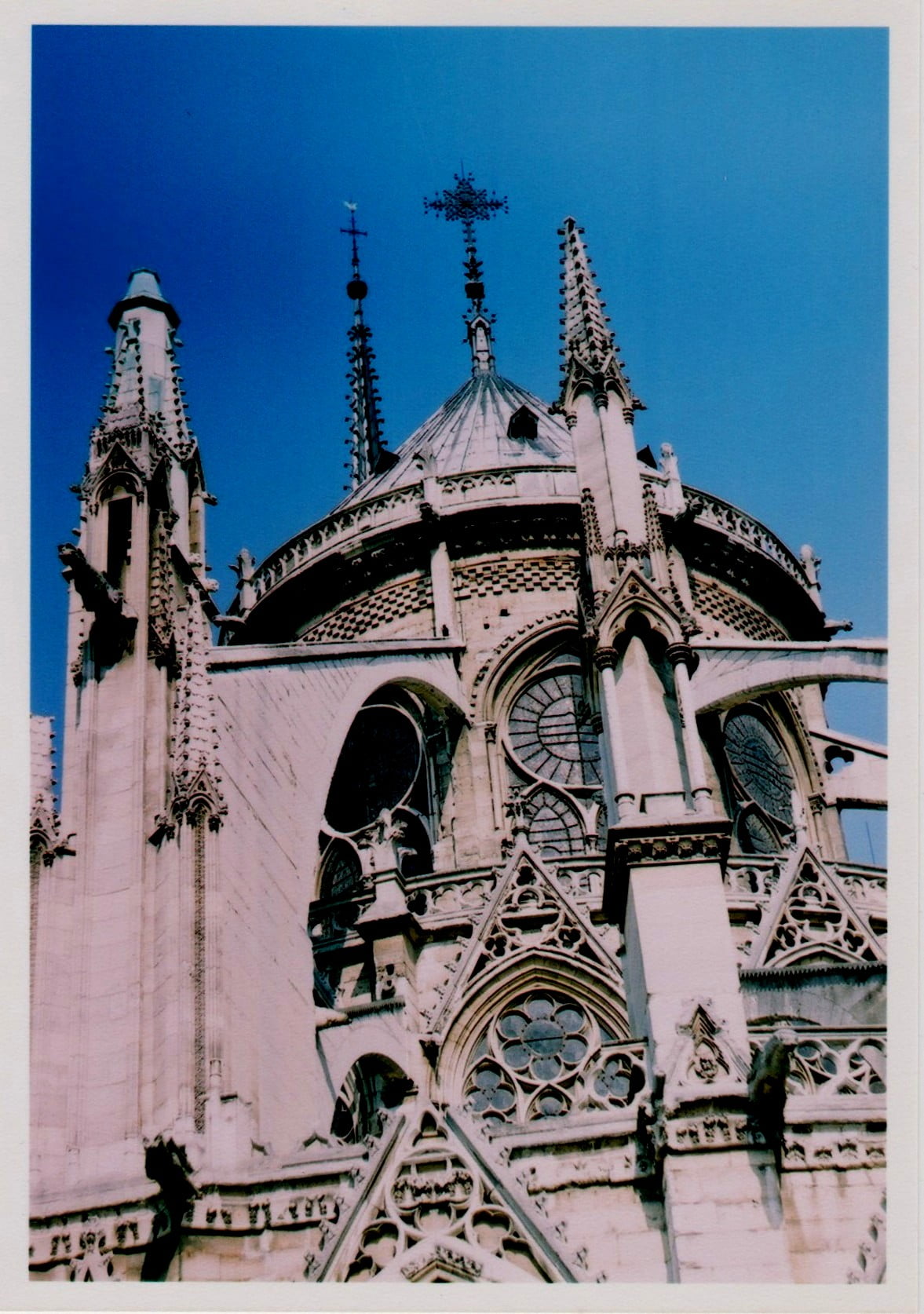 During that long trip (it took more than 20 hours), I couldn’t help but overhear stories on how “easy Paris is to navigate even if you don’t speak the language”.

People were talking to each other, proudly telling their expat stories, seemingly all successful. But then again, I was forced to watch some old low budget TV series which were popular when they were young, and to listen to some folk music that all of us forgot about back in the country… All of us – yes, but they didn’t, not with that time gap of few decades. What an interesting journey!

Pont Neuf, despite all

“No matter how much time you have decided to spend in the city, let me tell you – it’s not nearly enough! Where ever you turn, expecting the Eiffel Tower or the Louvre Museum to appear before you, you will come across some other important building or a historic sight. This is where the skill of a Japanese tourist might come handy – you come, see, snap-snap, and move on, there’s not enough time!” 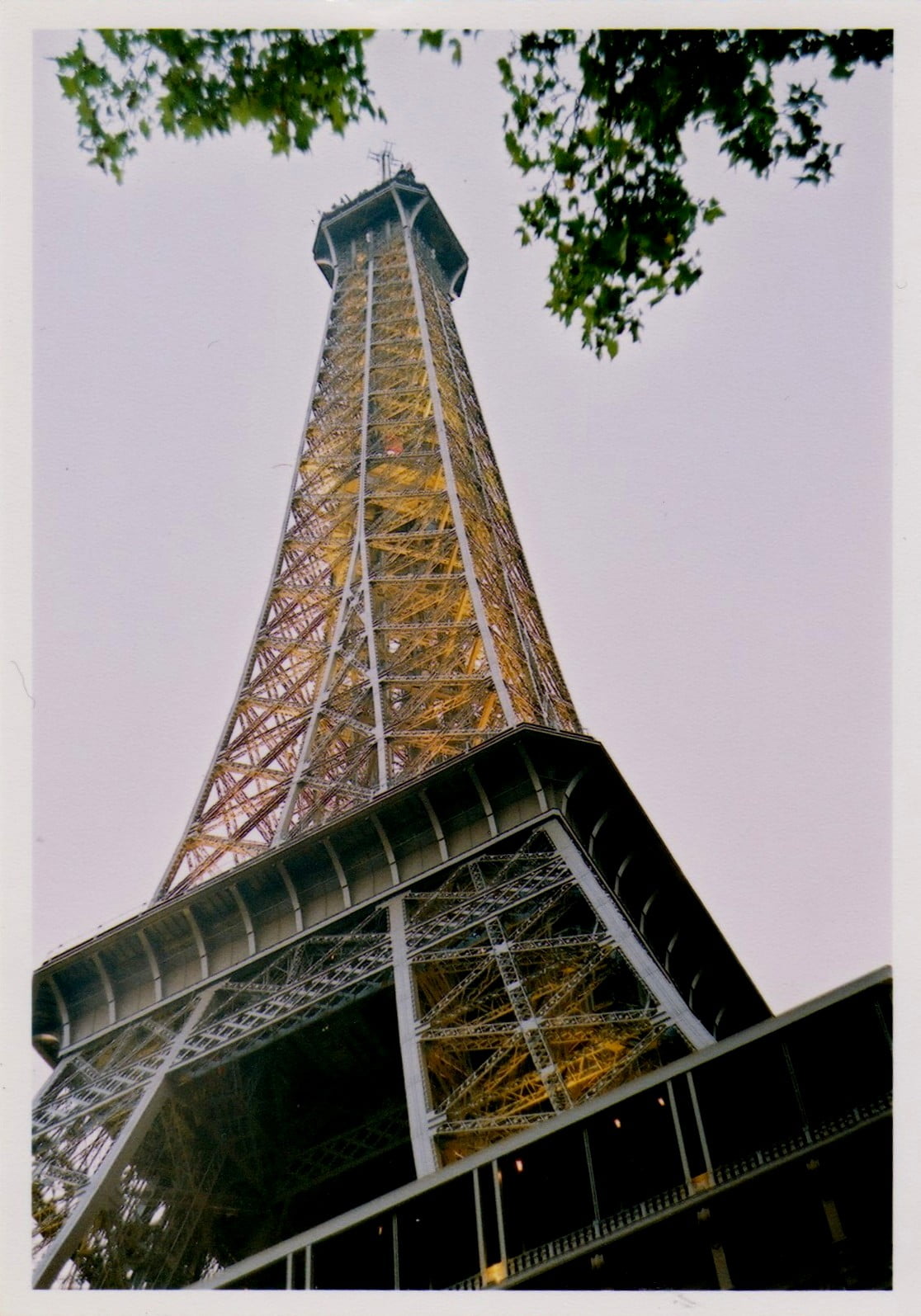 Parisians were against the Eiffel Tower

We all know about the places to see in Paris, right, so I am not going to spend much time listing them. Let me just share an interesting conclusion that I have drawn out of the history anecdotes surrounding few popular locations. For example, a lot of us have enjoyed a nice cruise along the Seine River, by the so called bateau mush. So, do you know the story about the Pont Neuf (the New Bridge) that you go by while cruising? Here is how it goes. 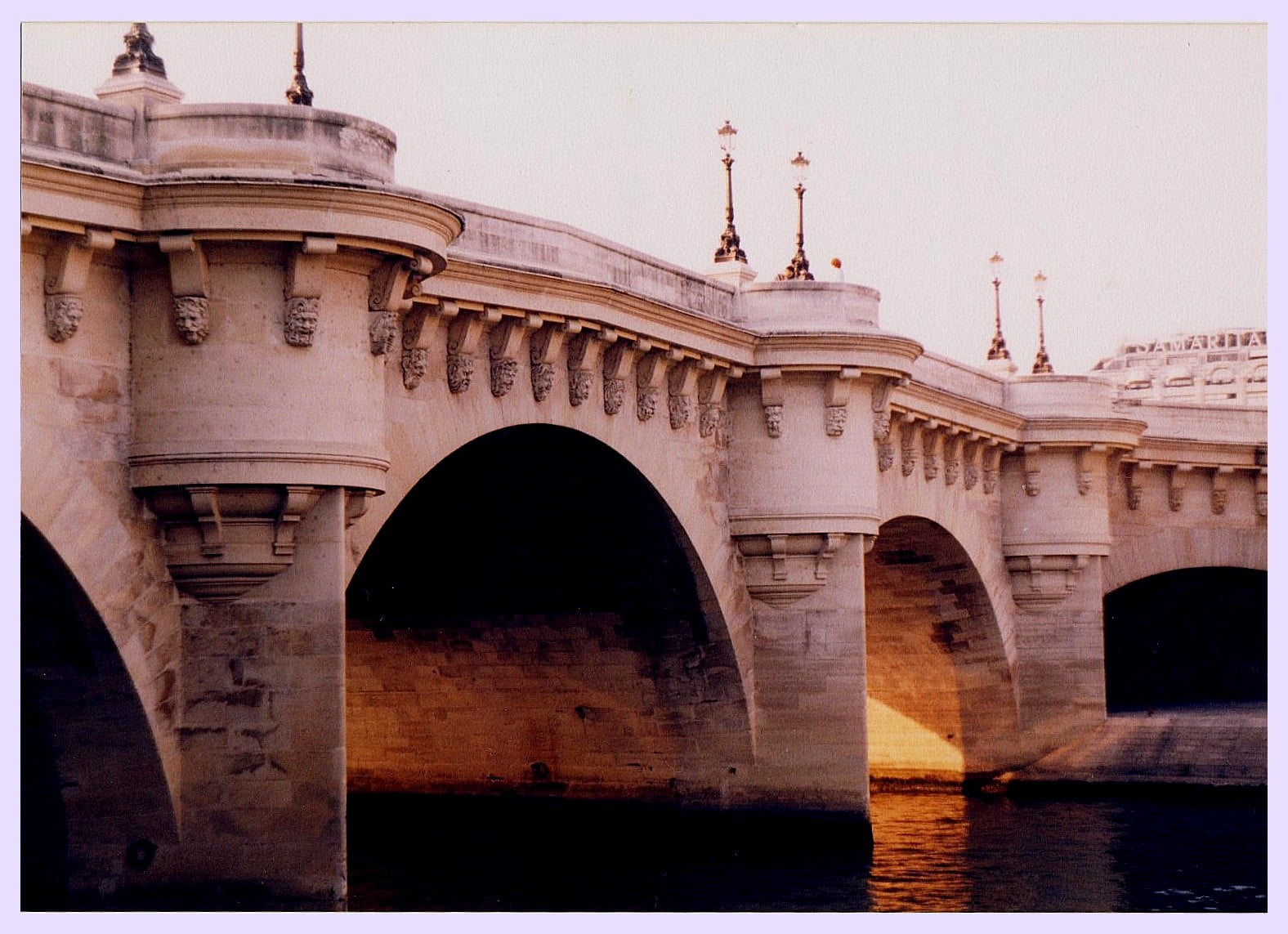 It is actually the oldest standing bridge on the river, in spite of the name, and it was built by Henry IV who ordered that it should be decorated by the so called mascarons of his ministers and advisers. They were against the construction, saying “it will not hold”. After long and serious arguments, Henry IV has ordered their faces to be carved in stone and put on the bridge “for future generations to laugh at, since the bridge is going to last”. And so it did!

Against the will of Parisians

“It seems that the most popular sights in Paris have actually always been built against the will of Parisians. 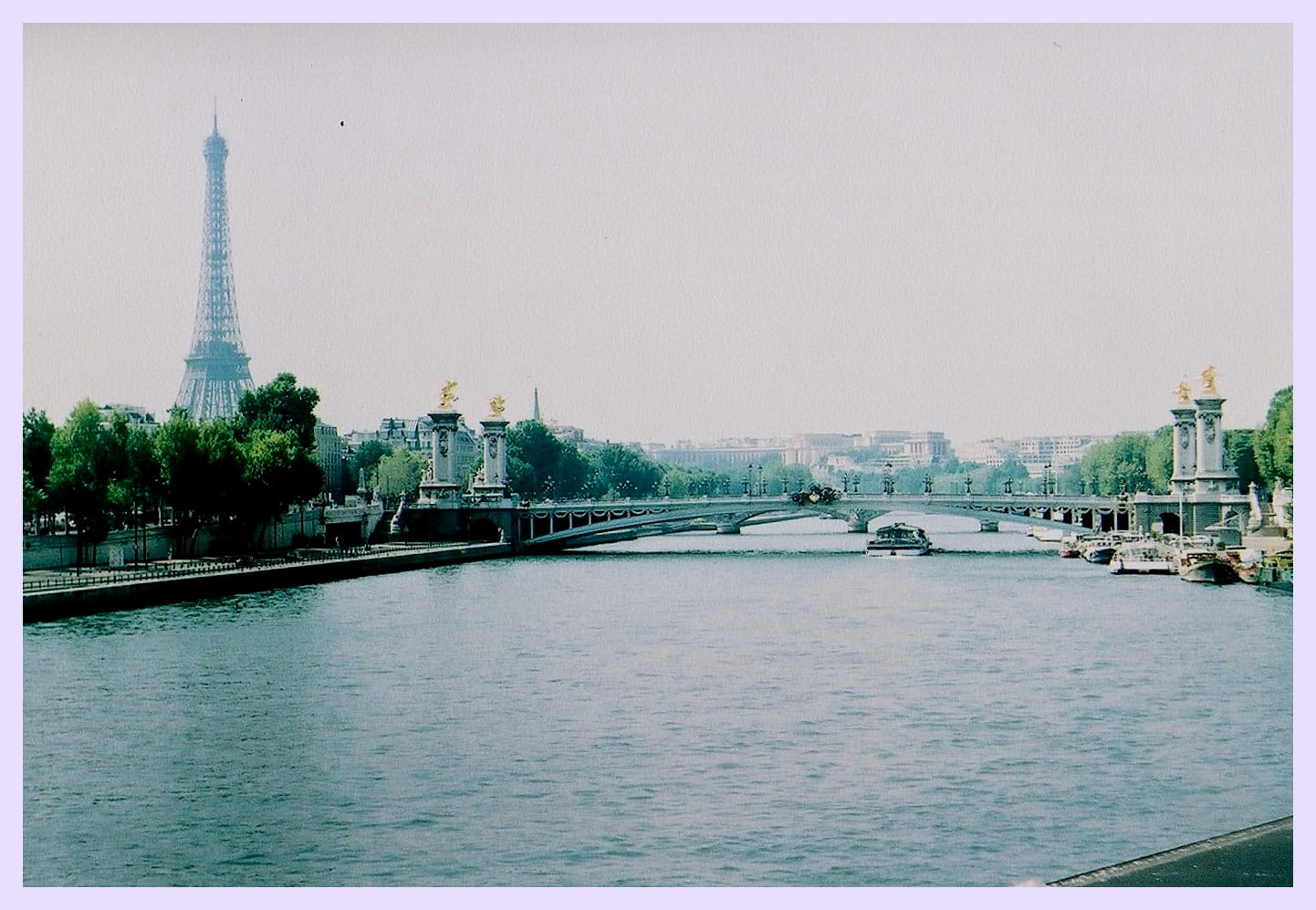 ‘Bateau mush‘ on the Seine River

When the Eiffel Tower sprung up for the World Exhibition in 1889, all tall and irony, citizens demanded it should be knocked down at once, ‘since it was ruining the city’s beauty’. Today, it is its main landmark!

Also, it took 45 years for the church to be built on the top of the small hill of Montmartre, since the soil was moist and unsteady for such an immense construction. 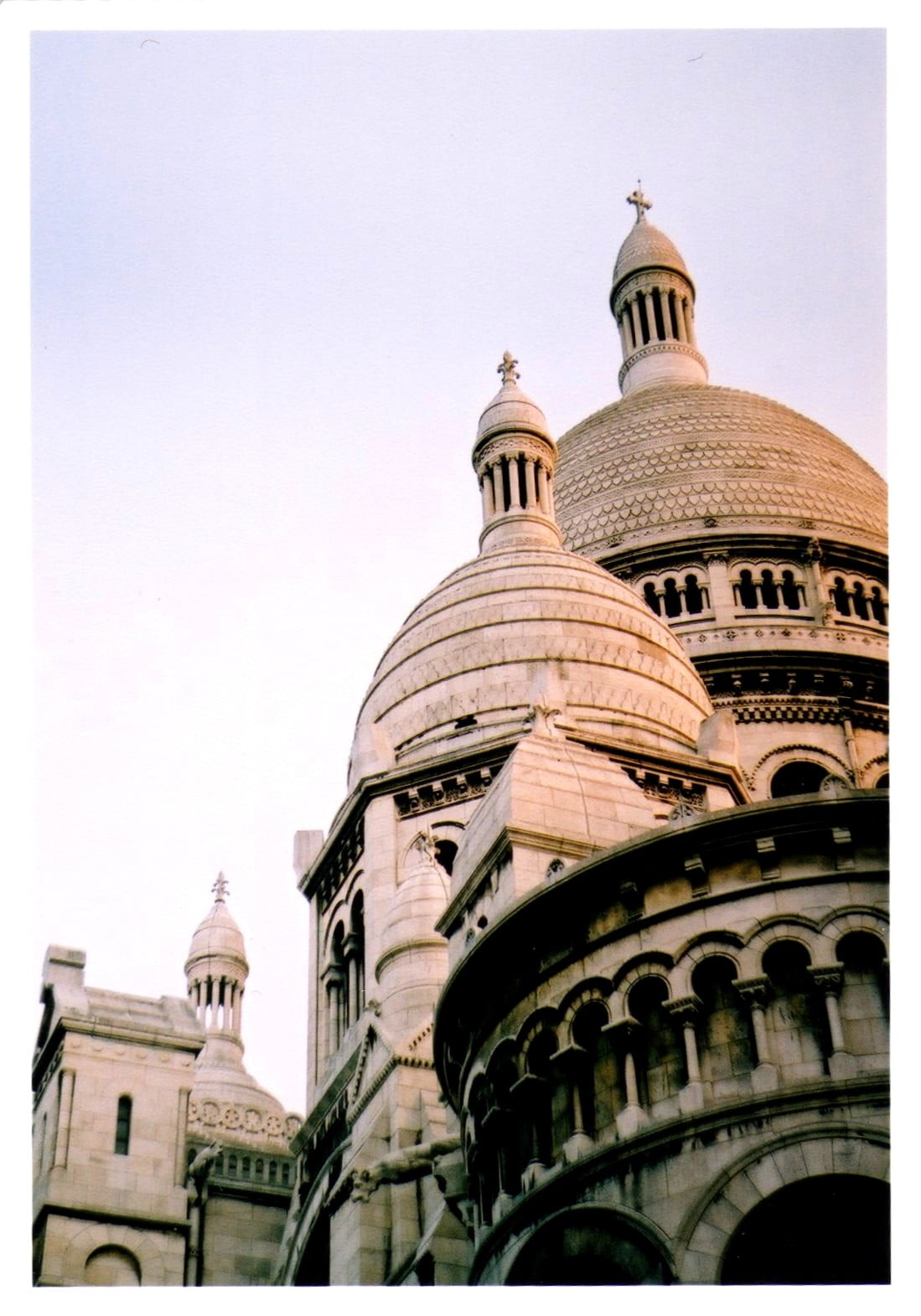 Sacre-Coeur with ‘a defect’

The church of Sacre-Coeur was built at the end, completed in 1914, but with an anomaly – there was some kind of deviation of the material it was constructed with, since it turned more white when it rained or it got wet in any other way. Hence, Parisians were not happy, they didn’t want the church with a defect! So, they wanted to knock that down as well!”, I wrote back then.

Funny, isn’t it! So, remember that when you stroll around and visit other important landmarks such as the Notre Dame, Centre George Pompidou, when you stand in front of the Comedie francaise building or the Palais Garnier (Opera House) or the Pantheon. And if you want to go to the L’Arc de triomphe terrace, climbing up the steep narrow stairs, try not to think about Alfred Hitchcock’s Vertigo. Joking aside, there is one great view waiting for you up there, at the top!

Next: GOING AFTER BAUDELAIRE! (3) 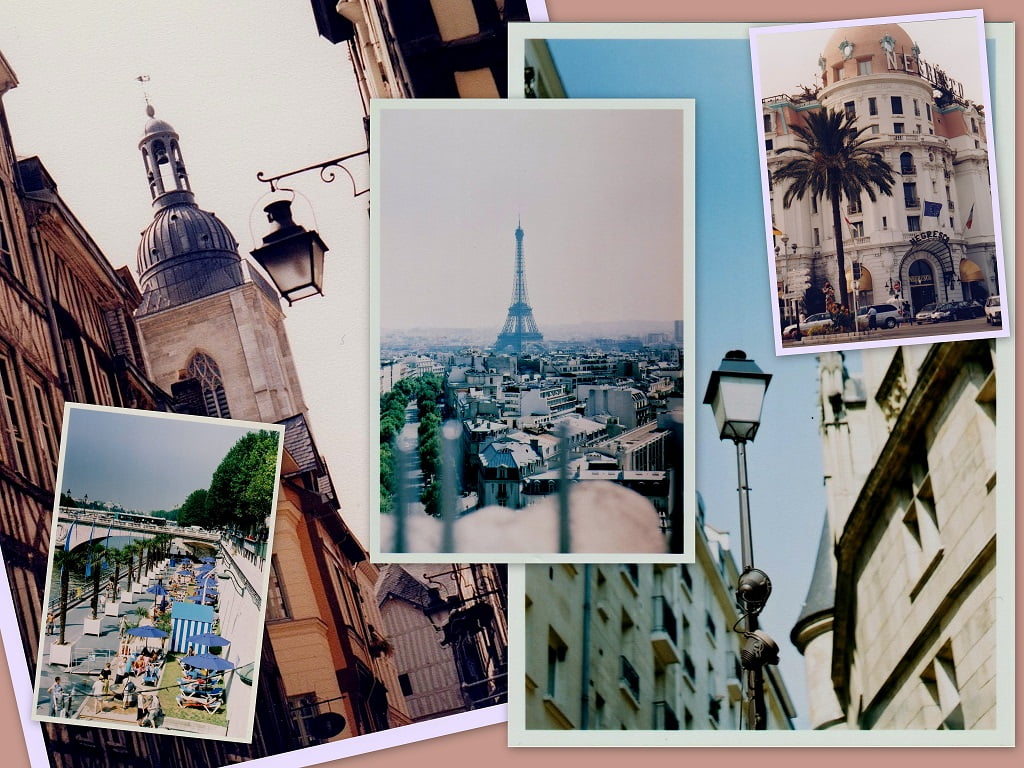 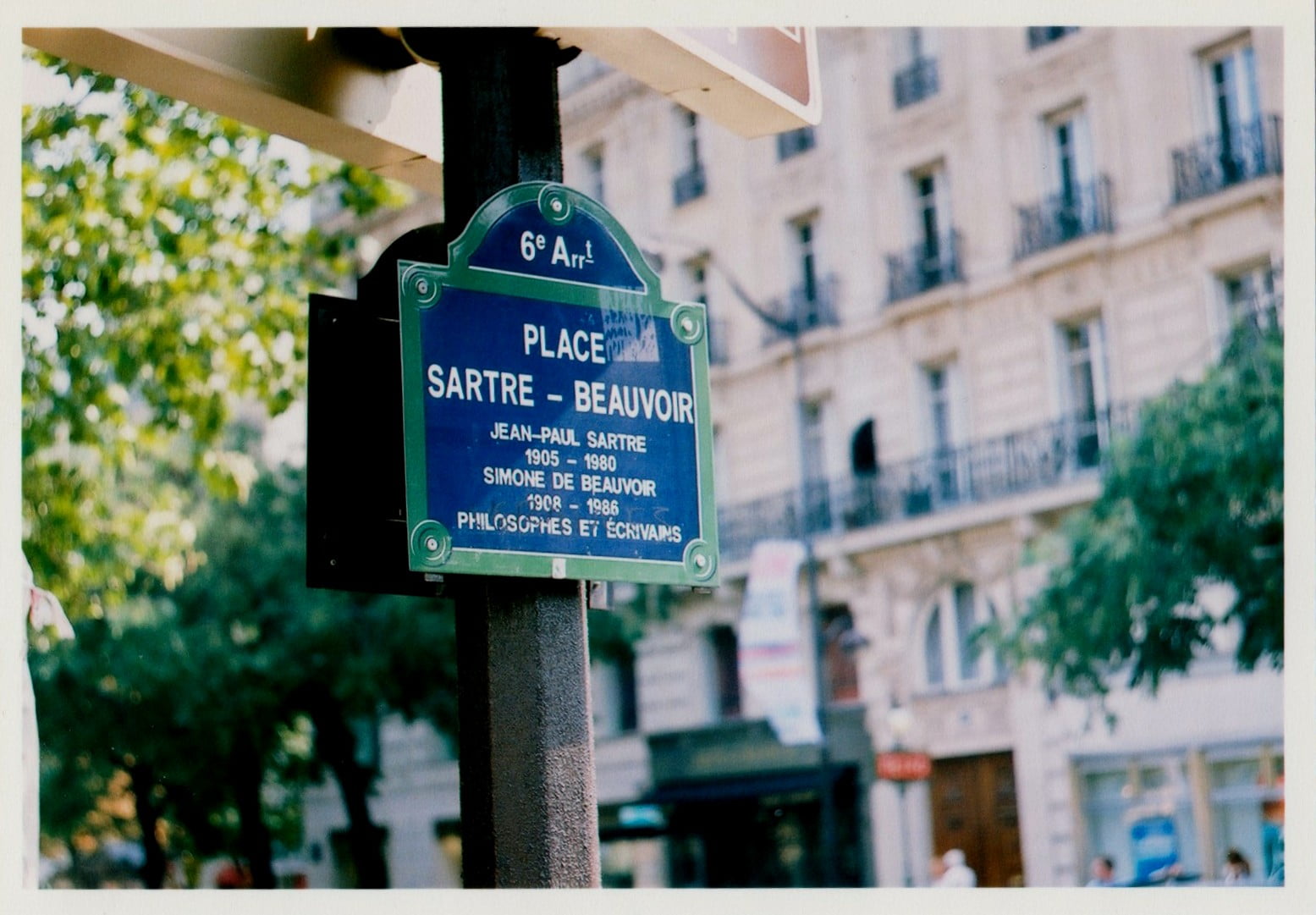