Although not as popular as their neighbors Nice, Cannes, or Monaco, small French Riviera towns along the Côte d’Azur are the true reflection of French charm. Beaches are more pleasant, clean, and less crowded, streets seem prettier, and you can even meet a local at the cafe (not just tourists) and have a glass of wine in the shade of a lush tree. 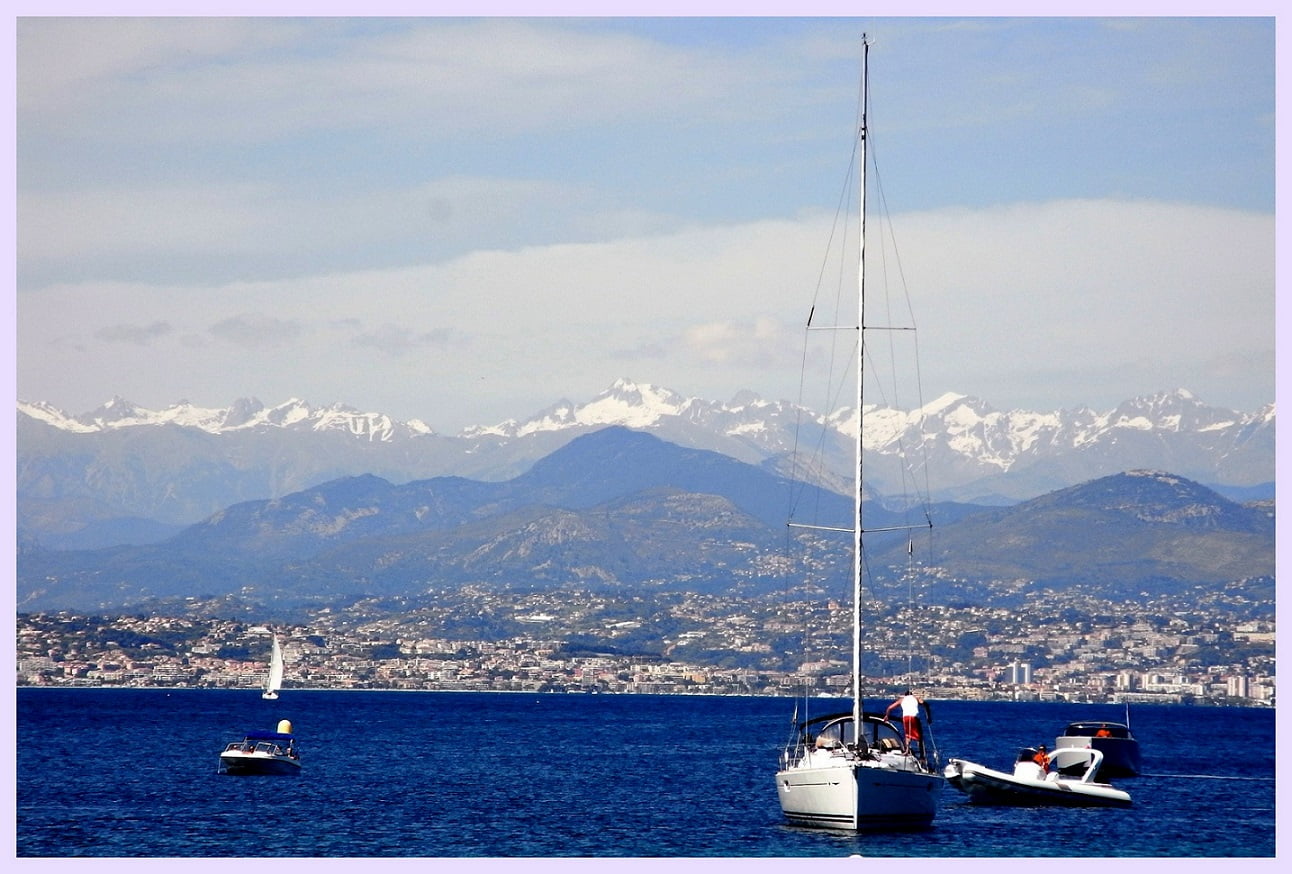 Also, there are a lot of things to see and explore in this part of the French Riviera – from Roman ruins, medieval constructions, and museums, to the antique culinary menus. A lot of those French Riviera towns have the cute name extension – sur mer (meaning at the seaside). 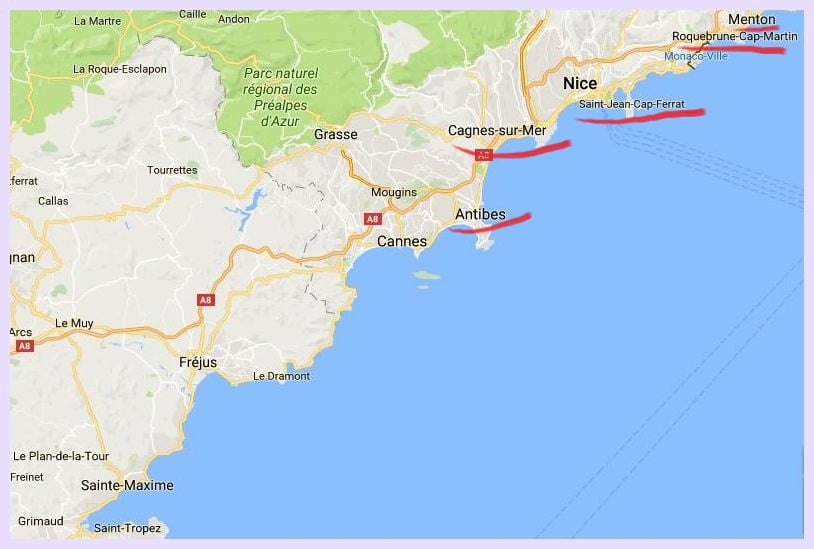 At the border with Italy, there is the town of Menton. The first mention of the town dates back to the 13th century. It alternated under the Italian and French flags throughout centuries, until Charles III of Monaco sold it to Napoleon III for four million gold francs in 1861. 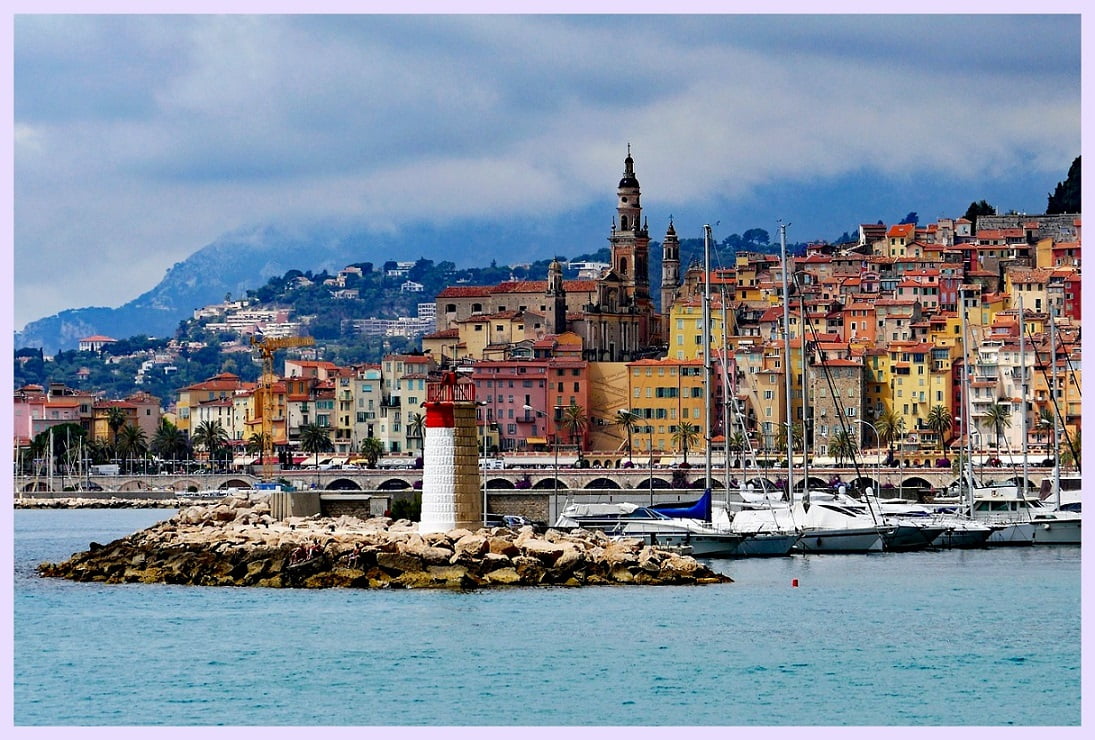 FRENCH RIVIERA TOWNS: A colorful Menton next to Italy

One of the main resources of the town is agriculture, mainly olives, and citrus fruit. There is a lemon festival held every year.

Also, try not to miss out on the Bastion, refurbished under the supervision of Jean Cocteau. It now houses a museum containing his work, such as the huge black and white mosaic entitled The Salamander. Cocteau also did the frescoed walls at the local Town Hall in which civil weddings are held. 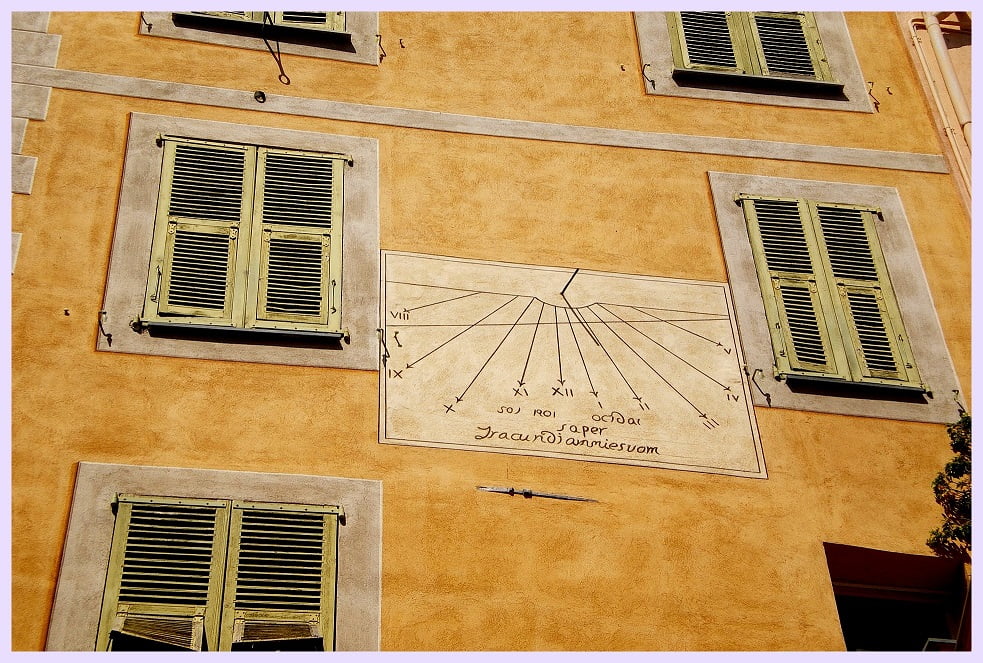 Not far from Menton, there is another one of those charming French Riviera towns – Roquebrune Cap Martin. The castle of Roquebrune is unique in all of France as it is the only Carolingian castle that was built at the end of the 10th century. Rising upon a cliff, the castle dominates the medieval village below full of narrow streets, lined-up houses, and roofs. 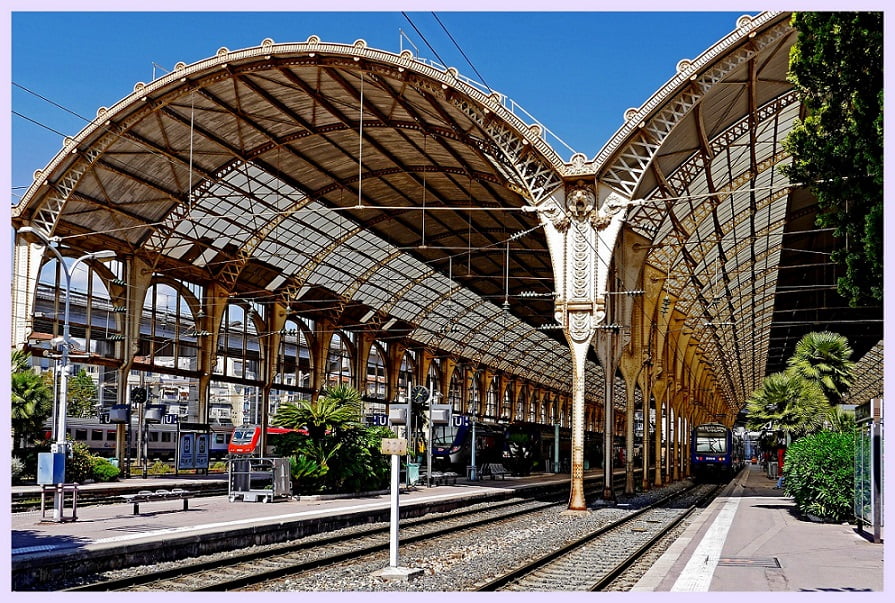 The train station in Nice

In about 13 BC Romans chose the ancient Celtic settlement of Cemenelum as their headquarters. That’s the town of Cimiez today where a lot of Roman city ruins are preserved, namely the Amphitheater from the 1st century and the Baths from the 2nd.

Also, there is the Museum of Matisse with some of the great works of Henri Matisse and his personal belongings. 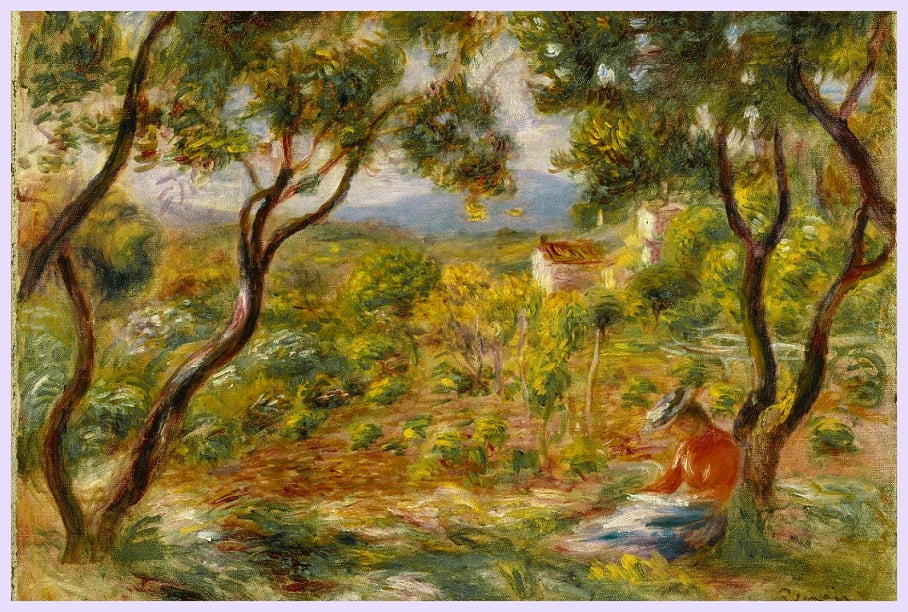 Vineyards at Cagnes by Renoir

Another French Riviera town, Cagnes-sur-Mer, and another artist – Auguste Renoir. He spent his last 11 years here. Despite his poor health, Renoir continued with his painting and in his house, there is now a collection of mementos and personal objects, a wheelchair, palettes, and brushes he used. In addition, there are a few of his paintings and sculptures. In the garden, there is a bust of his wife and a sculpture of the famous Baigneuse. 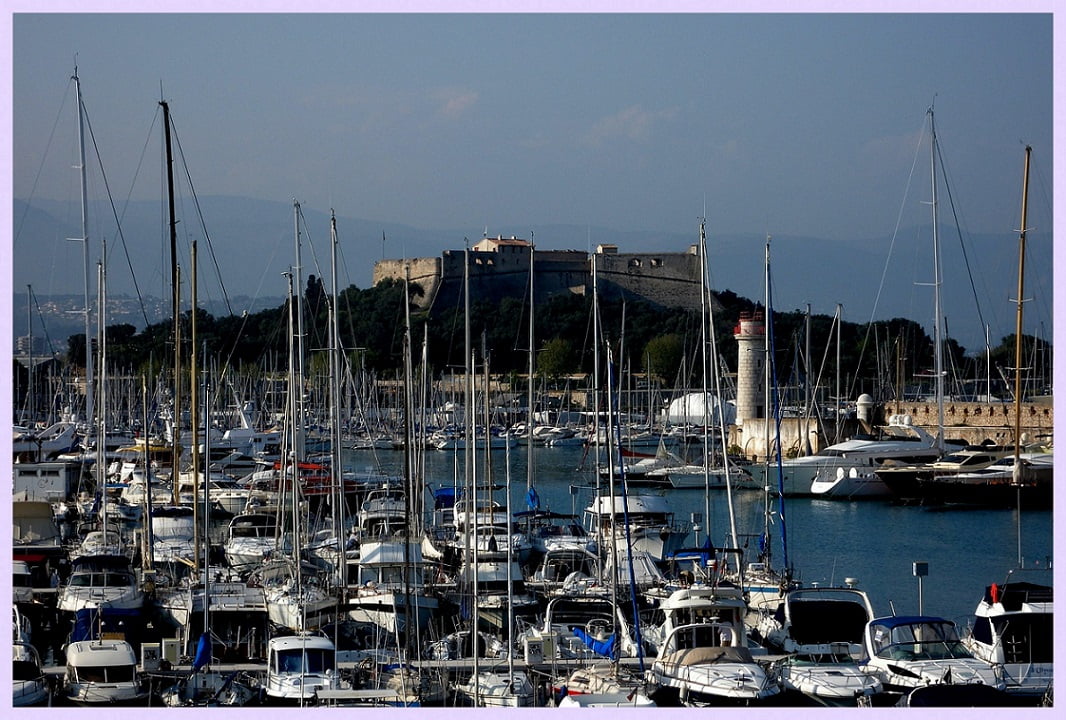 If you are interested in a bit different tradition of this part of France, in Villeneuve-Loube town you can visit the unusual Museum of Culinary Art. It is the birthplace of Auguste Escoffier, defined as “the king of chefs and the chef of kings”. There is a typical Provencal kitchen with all sorts of cooking devices and implements, a fabulous collection of over 15,000 menus, some of which date to as early as 1820. 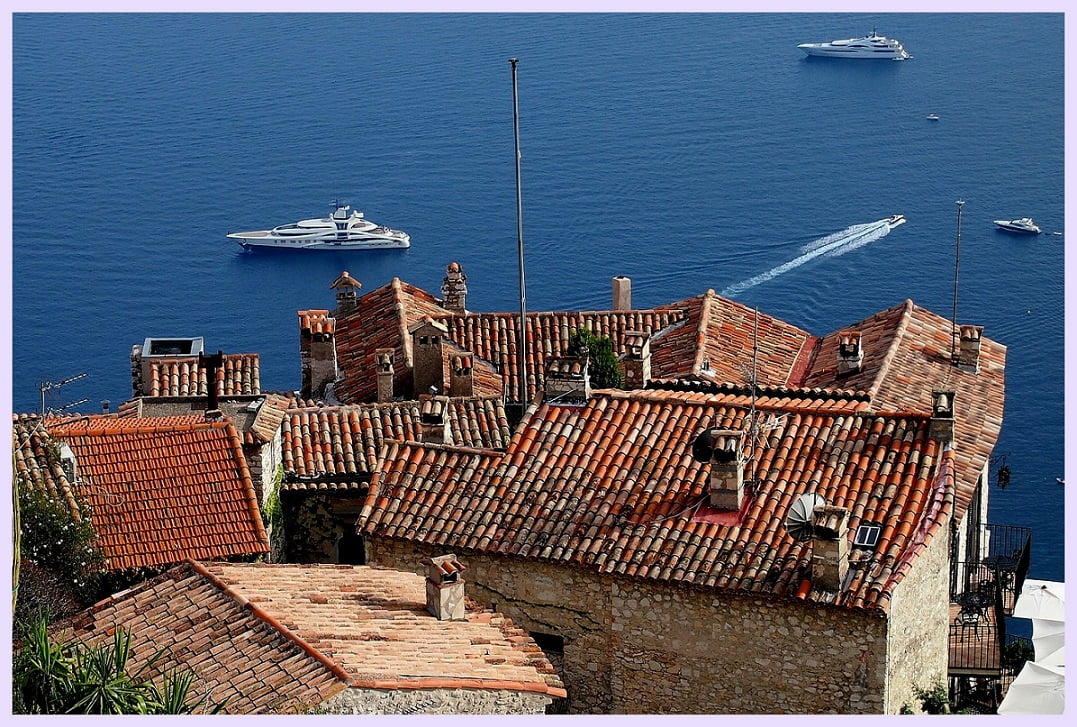 Then there is a bit more famous town of Antibes, founded by the Phoenicians in the 4th century BC. The Picasso Museum is located here, since this famous painter fell in love with Côte d’Azur when he was 39, in 1920, when he decided to move here. This is where he stayed for the rest of his life. 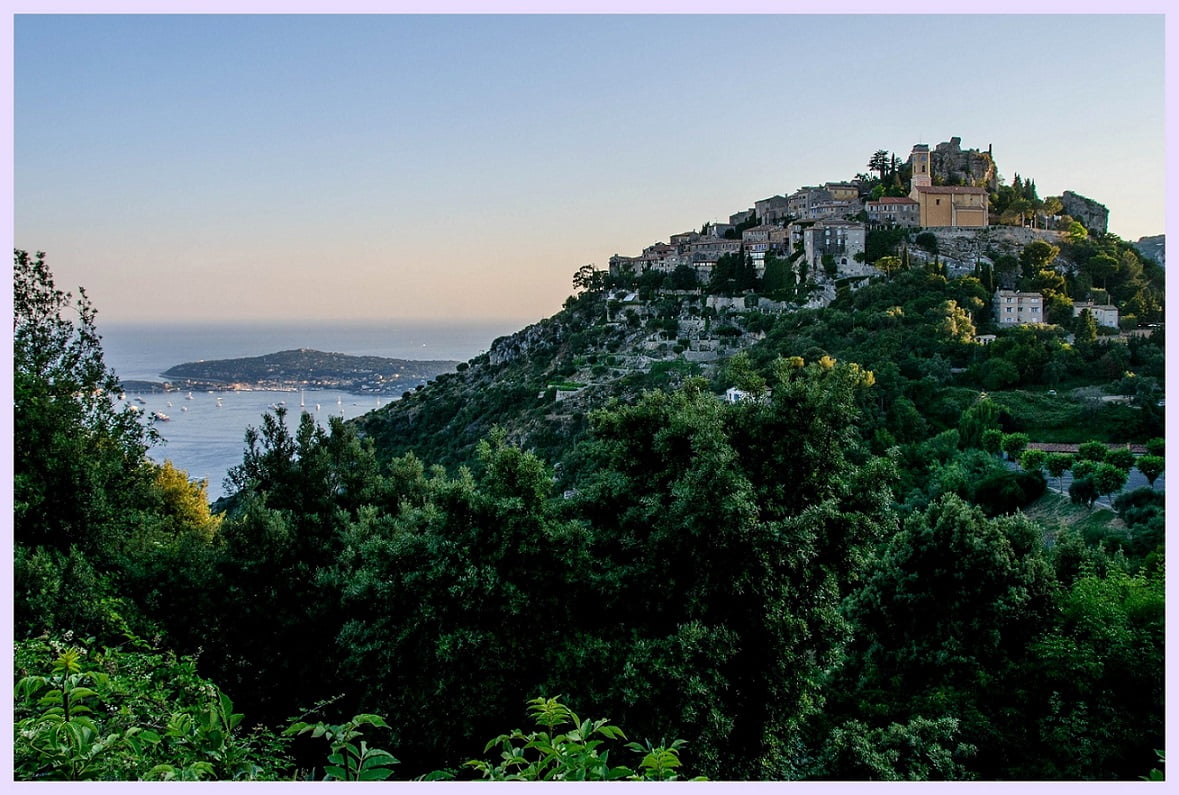 Eze on the top of the cliff

Make sure to have enough time for the beach or just take a break over a drink in other small towns such as Eze, Villefranche, Le Trayas, Boulouris, Agay. Those are smaller bays with clear waters, red cliffs, and nice beaches, away from all the bustle and noise. If you go to Agay, remember that the celebrated writer and pilot Antoine de Saint-Exupery crushed his plane in these waters in 1944 during World War II. This is where he died. 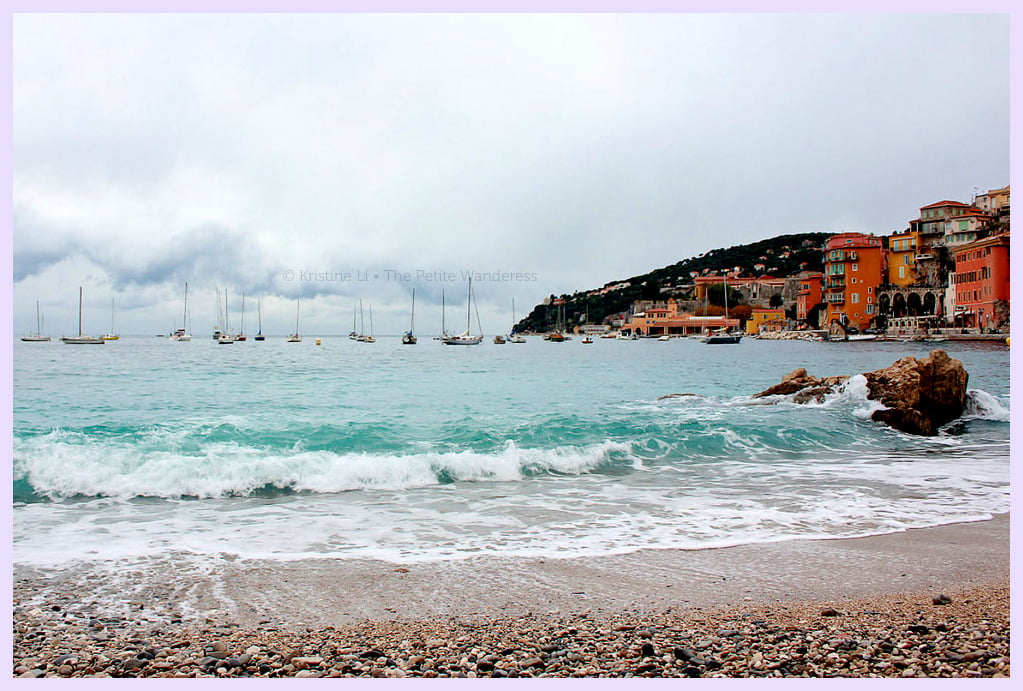 Beach at Villefranche (credit – Kristine Li of The Petite Wanderess)

It’s just amazing how every piece of land on the French Riviera has that specific charm related to a certain event or a person, right?

Next: HOW I FOUND VAN GOGH IN ARLES 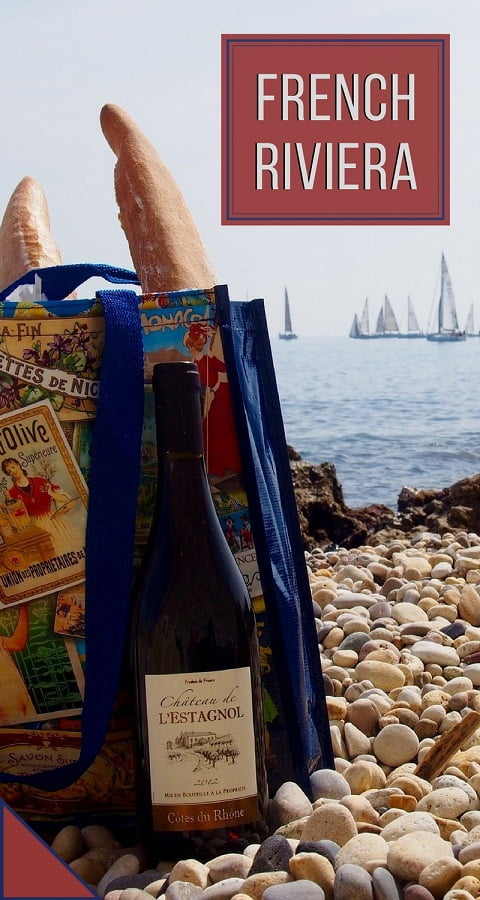 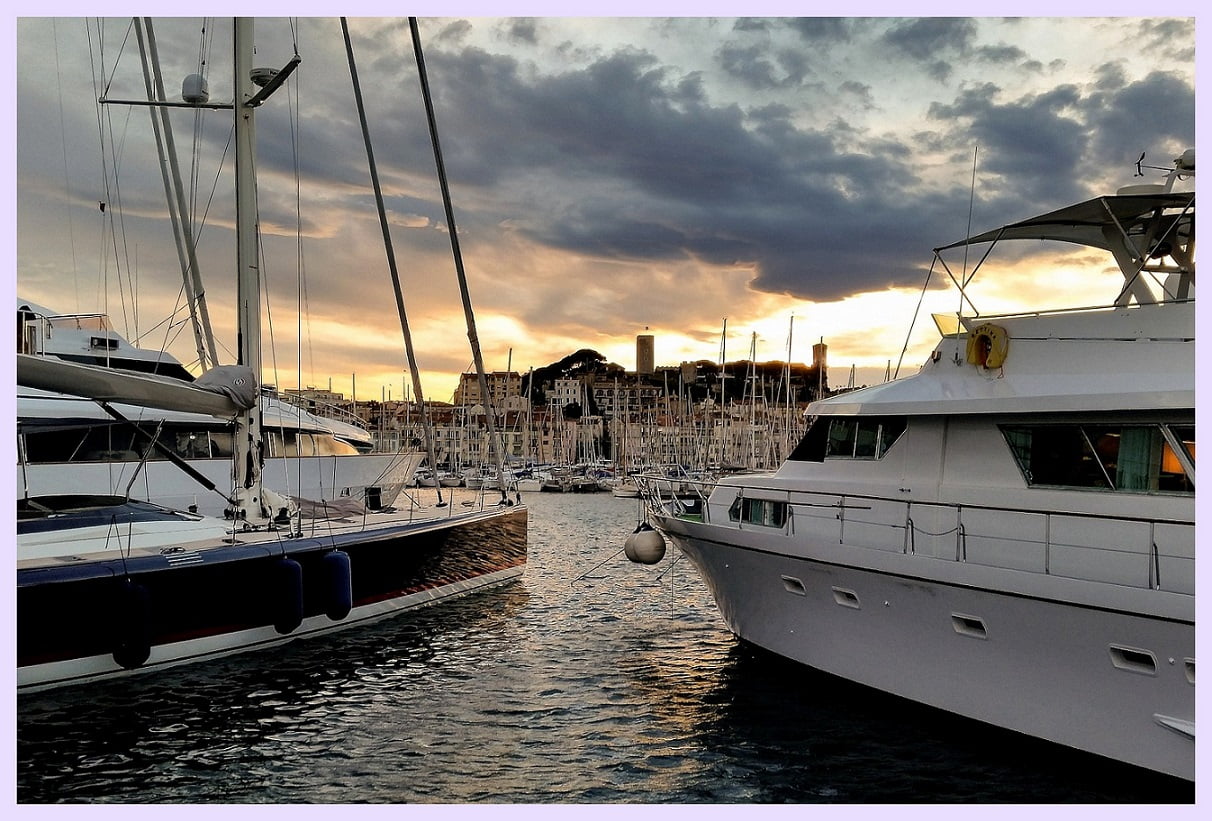 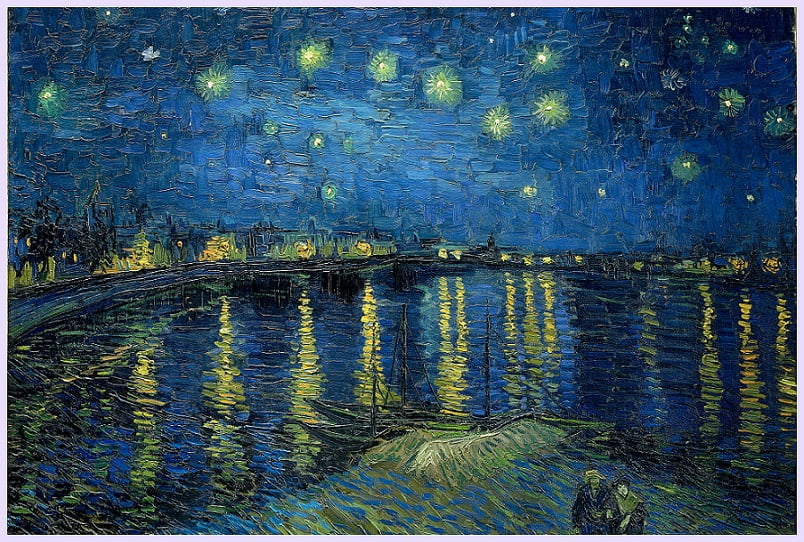