Mount Nebo Jordan is one of the places to visit in the Middle East. I was surprised to learn that Jordan houses some of the most important religious landmarks related to Judaism and Christianity. Even though the Dead Sea and Petra are usually on everyone’s bucket list, visitors tend to overlook other special places that are one of a kind.

The whole region of the Middle East is rich in cultural, historical, and religious locations. (For instance, did you know that in the Syrian town of Maaloula they still use the Aramaic dialect that Jesus spoke?)

It doesn’t even matter which religion (if any) one practices since these landmarks are not to be missed. 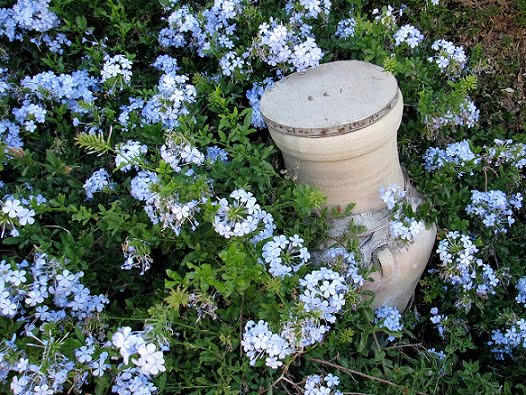 Lovely detail on the streets of Madaba

Not far from the capital Amman there is an old town cited in the Bible as Medba. The town of Madaba was destroyed around the 10th century BC by the Arameans and the Ammonites, but it was rebuilt shortly thereafter. The peak of its splendor probably coincides with the early centuries of the Christian era where, under the Byzantine dominion, it became a center of a flourishing school of mosaic workers. The mosaics found from the late 19th century on the floors of churches and shops still are the principal attraction of the city. 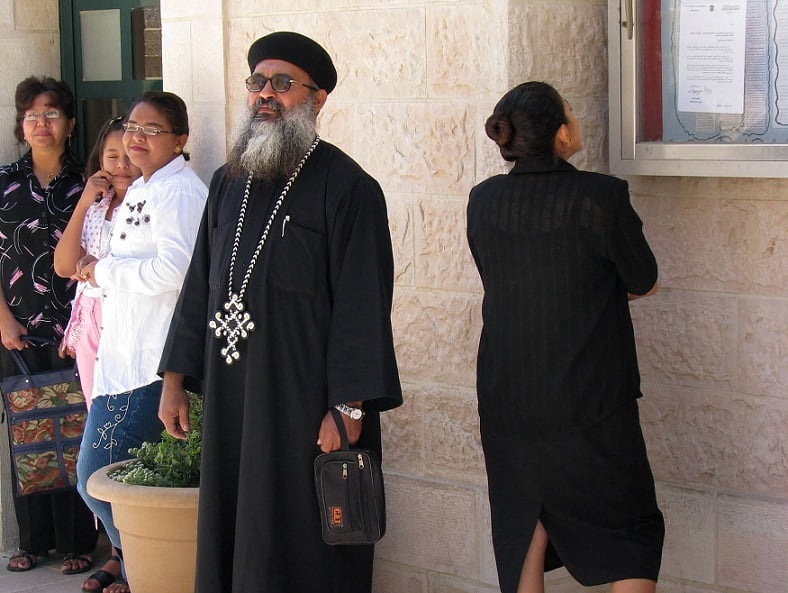 In front of the St George Church

The most famous and the first to be discovered is the floor Madaba mosaic of the Greek Orthodox church of St George, dating to the times of Justinian, where a sort of geographic map of Palestine is depicted. It was made for pilgrims on their way to the Holy Land. To be recognized in Madaba mosaic fragments are the cities of Jerusalem, Bethlehem, and Jericho, as well as the river Jordan, the Lake of Tiberias, and the Dead Sea. 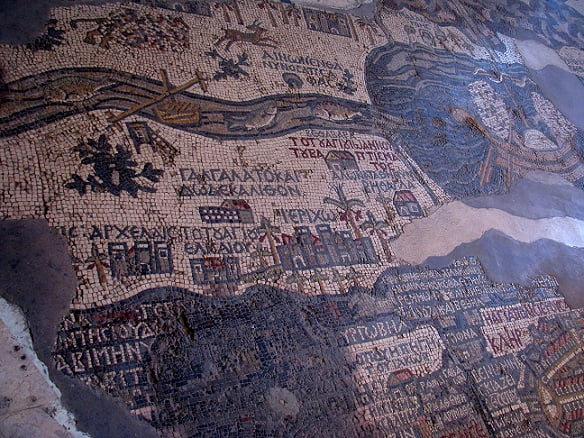 They say that this church also houses one of the oldest frescoes in the world. It is more than 1,000 years old and it was given back to this Orthodox temple a decade ago. 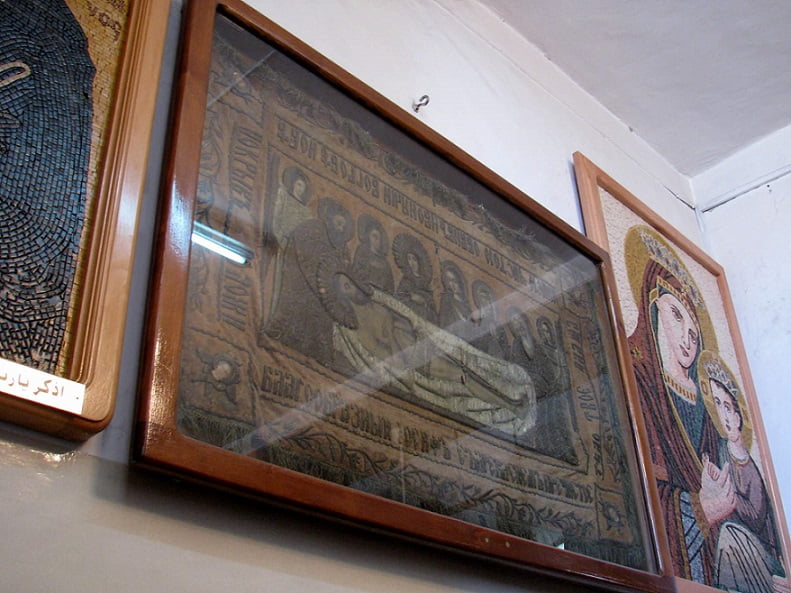 If you have the time, try to visit one of the workshops where you will witness a mosaic in the making with various colors and motives. You will also notice that Madaba is a small, clean town with a specific atmosphere. There is a church on one hill while the Muslim minaret is to be seen on the other. 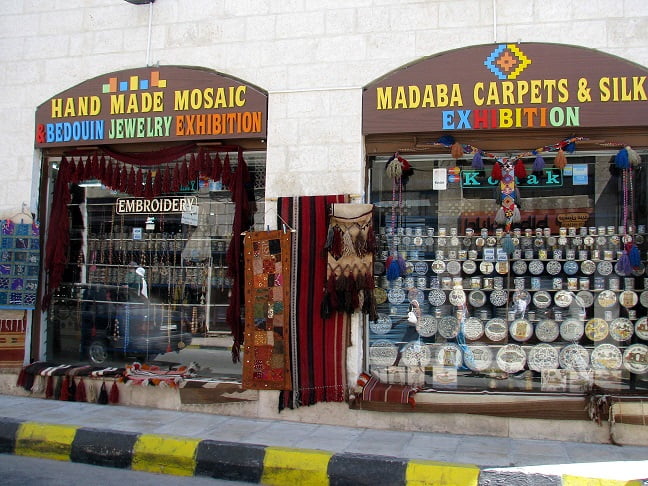 Only 10 kilometers from Madaba there is one extremely important place when it comes to the Old Testament. Mount Nebo Jordan is 800 meters high. The astonishing view from here sweeps over the entire valley as far as the Dead Sea. 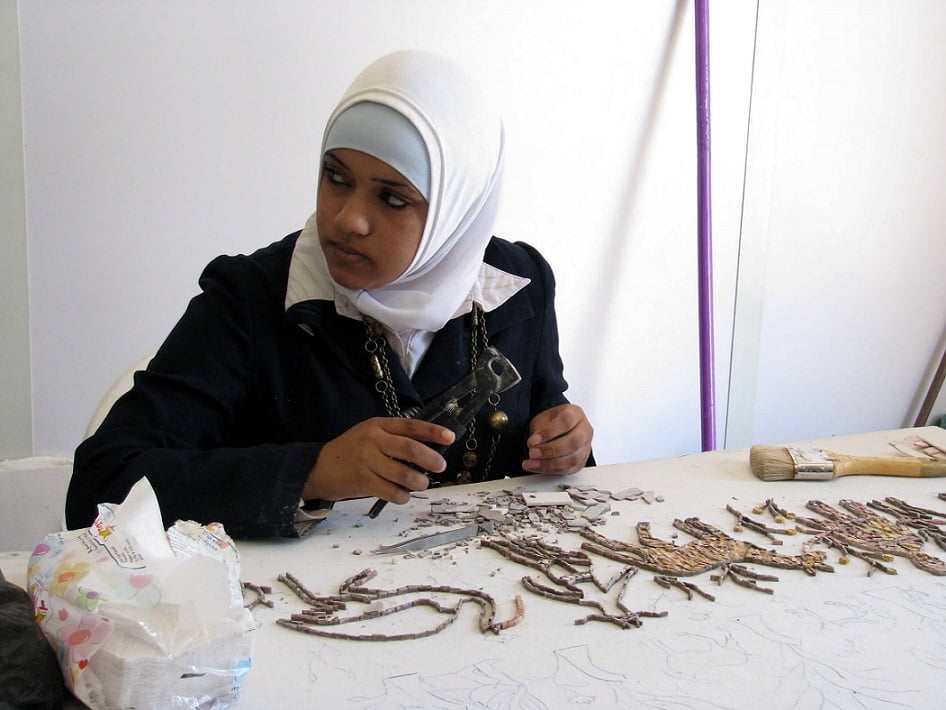 At the workshop in Madaba

According to the Bible, this is the very mountain God told Moses to climb so that he could glance at the promised land before he dies, and it was here, they say, that Moses was buried afterward. A cross (also a snake-shaped stick) signs the spot chosen to commemorate his death. On the presumed site of his tomb, a monastery was built and since 1933 the ruins are gradually brought to light. 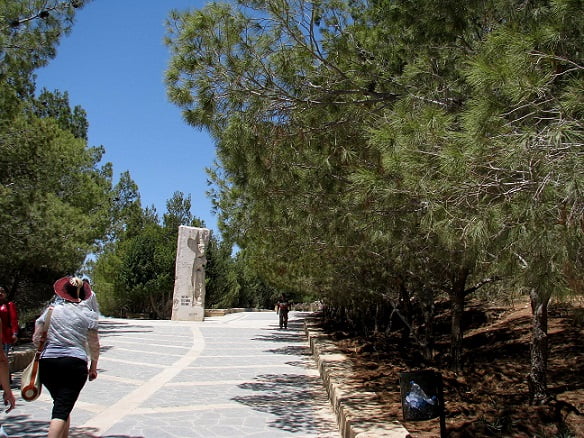 The path of Mount Nebo Jordan

There are the remains of the 6th-century church and mosaics to be found on the mountain. The Chapel of the Virgin, located in the southern part of the church, dates to the 7th century. On the floor, mosaic gazelles are depicted separated by plant motives and two bulls, illustrating a psalm in the Bible, the text of which is set above the panel. 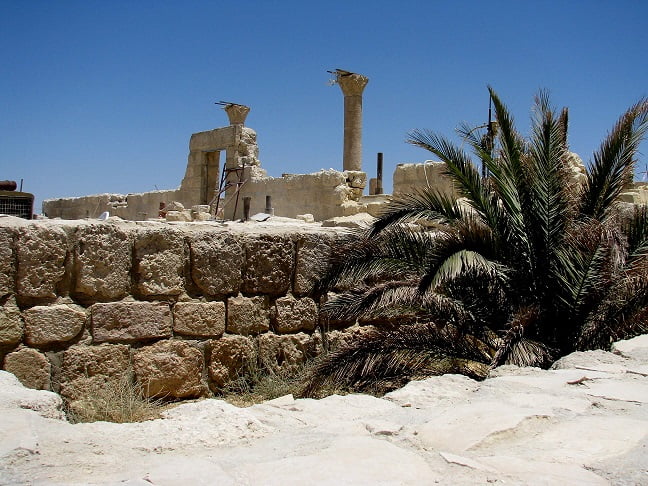 You will come across tourists from all over the world who will try to get that same view Moses supposedly had from the mountain. You might be asked by a group of local children to pose in the photo with them and somehow you become an attraction as well, whether you like it or not, the European one in the Arab world.

The mountain looks like it could be located on the Mediterranean shores with typical stone walls and plants. 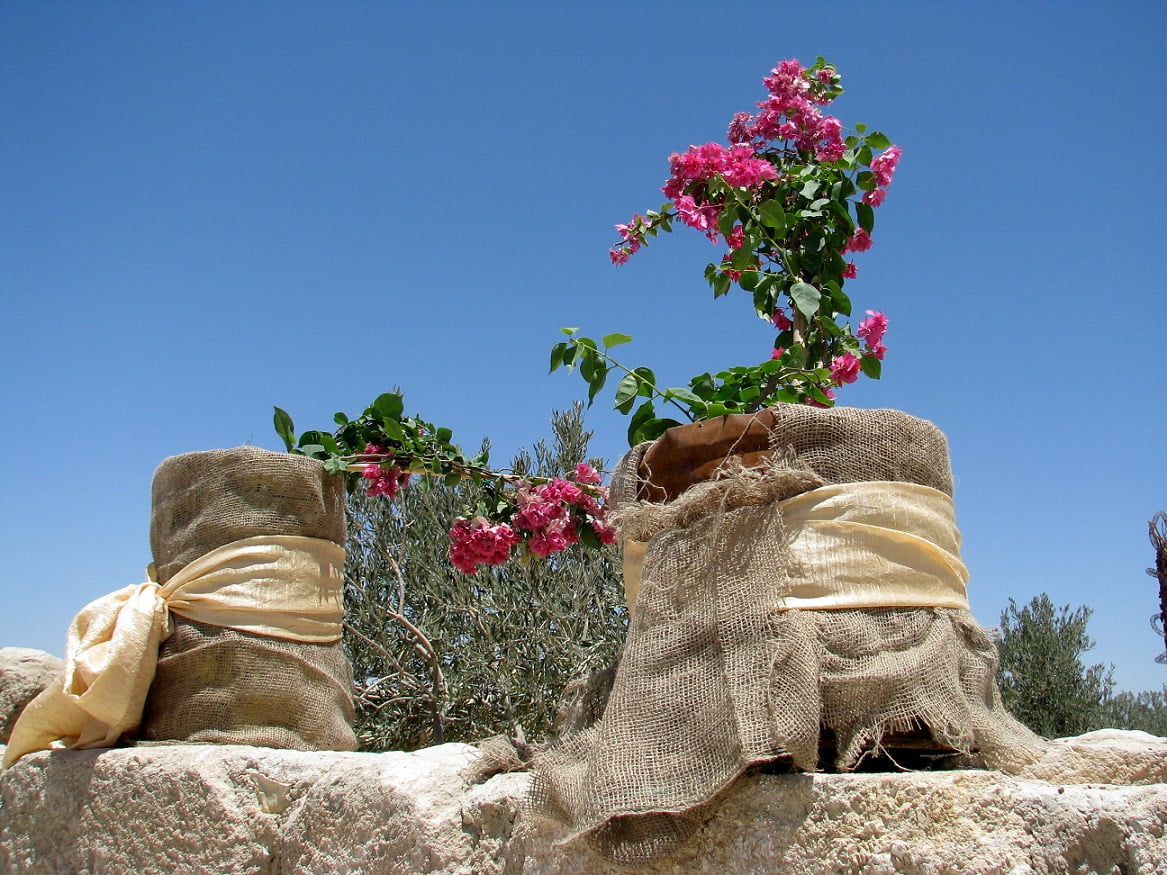 This site was proclaimed by Pope John Paul II in 2000 as a pilgrimage place. That is when the stone monument dedicated to Moses is erected. 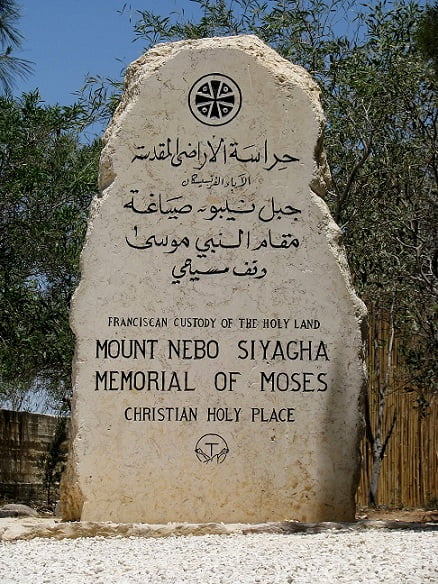 Monument erected after the pope’s visit

They say that there is a spring nearby, the one that bursts from the ground at the very spot struck by Moses with a stick. It’s interesting that water is still running here, in the country with such a shortage of water supplies.

Moses could see Jericho from here, the river Jordan and the place where Jesus will be baptized centuries later. 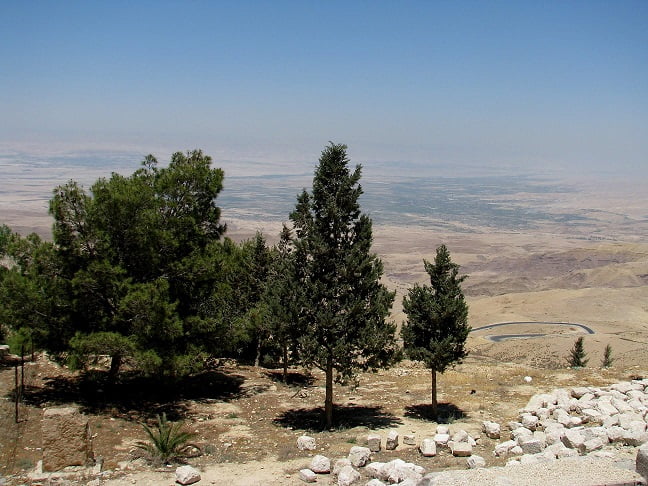 The precise place where Jesus was baptized has long been a matter of conjecture. According to the biblical reference, a series of Byzantine and medieval texts, and numerous pilgrims’ indications, Jesus was baptized at the furthest source of the river Jordan.

Various factors contributed to the difficulty of precisely identifying the spot, said the local guidebook I was reading, including naming the place of baptism differently throughout texts. It was called Beth-Abara or Bethabara (the Place of Passage) as it was here that the prophet Elijah divided the waters and crossed the river before ascending to heaven in a chariot of fire. At the beginning of the 3rd century, Christian writers and pilgrims associated this region with both the ascension of Elijah and with the baptism of Christ. 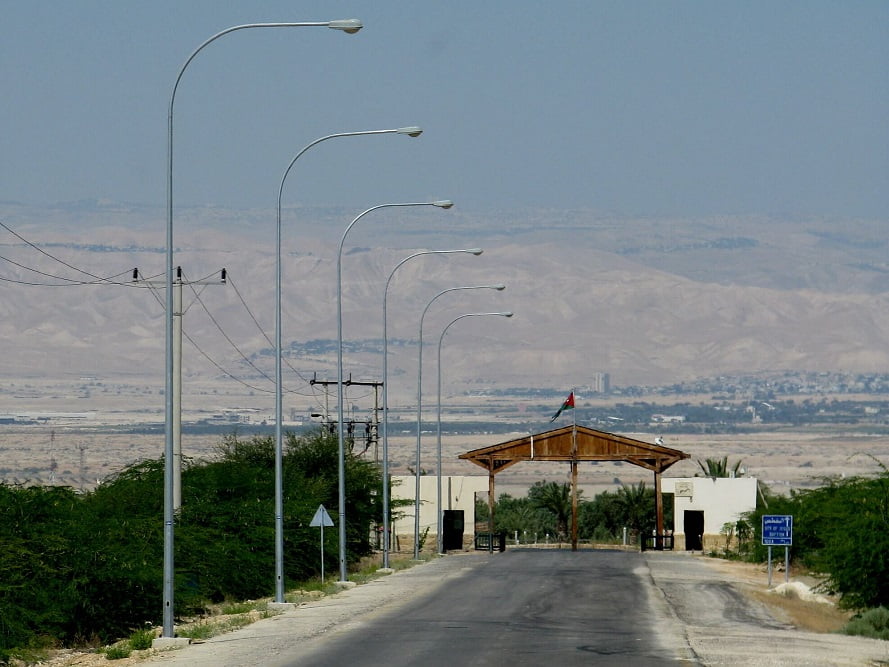 Nevertheless, on the east bank of the Jordan river, just over a 30-minute drive from the capital Amman “Bethany beyond the Jordan” has been excavated and restored. The new site has been opened by Pope John Paul II and it is now believed to be the most probable place of baptism. 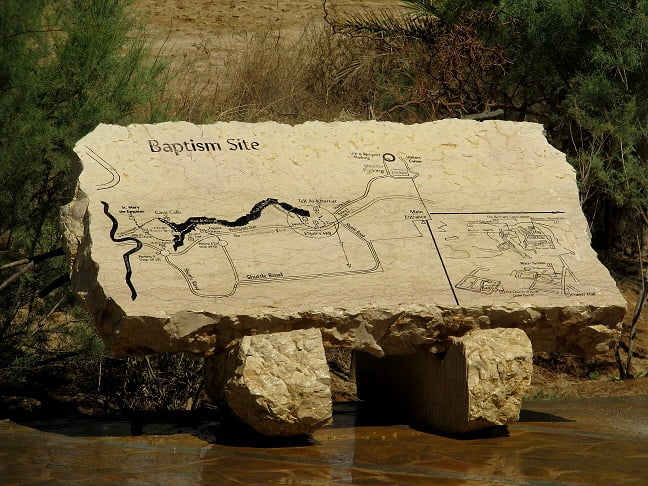 At least four churches and chapels have been identified among other remains of the settlement with a sophisticated system of water collection and what is believed to be an ancient prayer room. 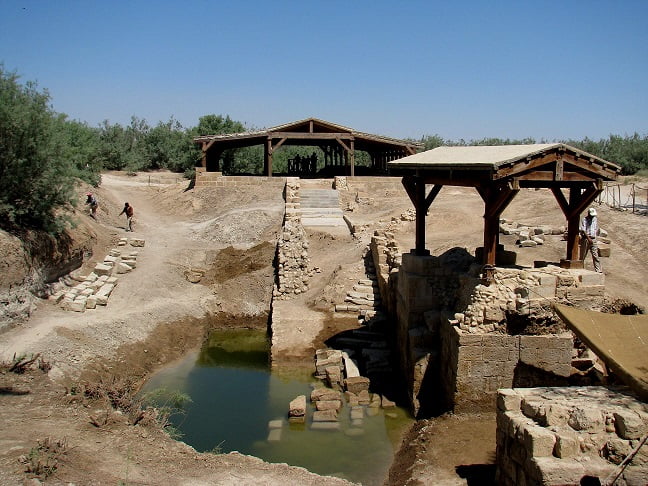 The actual site where Jesus was baptized

This area is restored and the local guide will explain that the river itself doesn’t reach the very spot of the baptism anymore, since its flow was redirected throughout centuries and its water level gradually decreased over time. That is why it doesn’t flow exactly through the spot where, according to Jordanians, Jesus was baptized by Saint John. 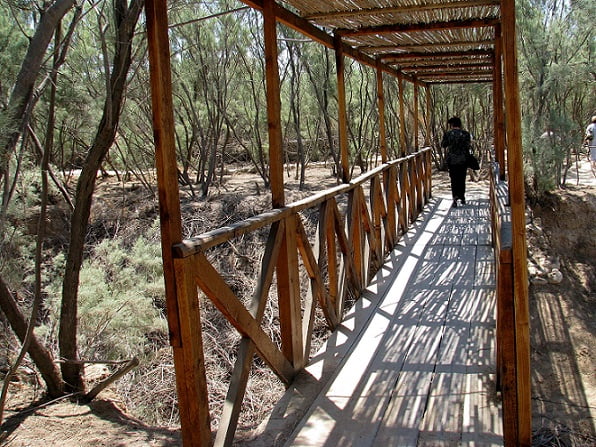 Strolling around the location

Still, the place is a huge attraction for pilgrims from all over the world. There were a few Russian churches around and a lovely mosaic on the floor of the Greek church. 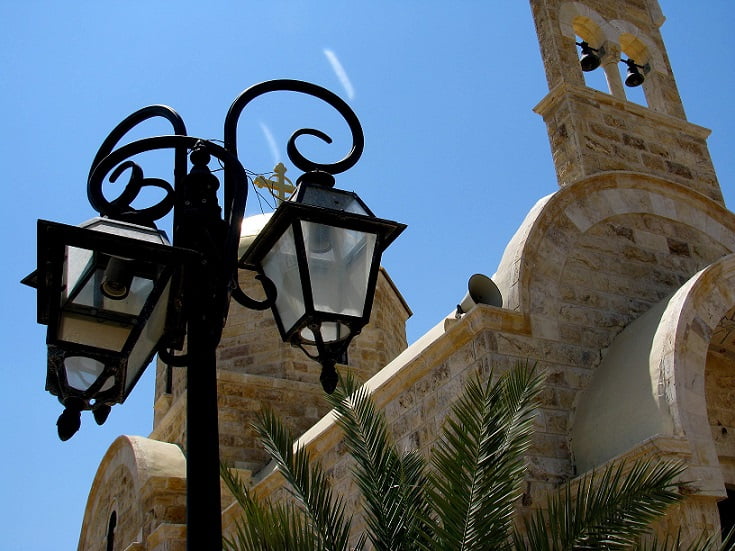 In the area of the Jordan river which stretches from the Al Kharrar wadi to Gharabah wadi, some 21 sites were identified as stopping points on the great pilgrim route that led from Jerusalem through Jordan to Mount Nebo Jordan in the early years of Christianity. 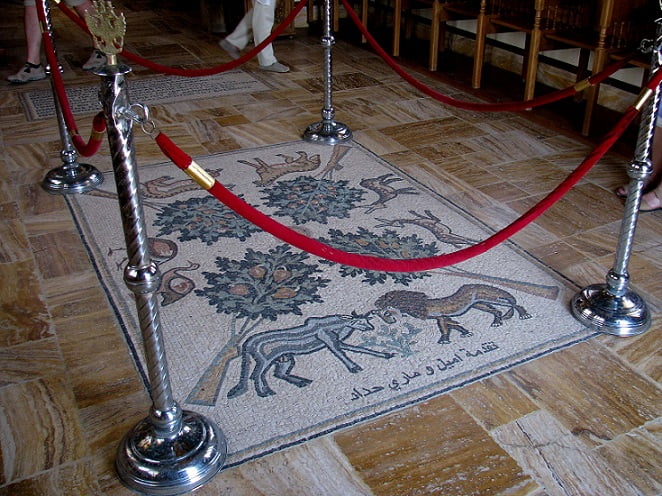 Beautiful mosaic on the church’s floor

Still, when you finally come to the Jordan river you heard so much about, being always in the news headlines because of the West Bank that belongs to Israel and the other one that is on Jordanian territory, you expect to see one grand and mighty water surface, imposing enough to create such a conflict on this planet of ours. But then you find it to be quite the opposite! One small narrow river that seems like it can be crossed in just a few steps. 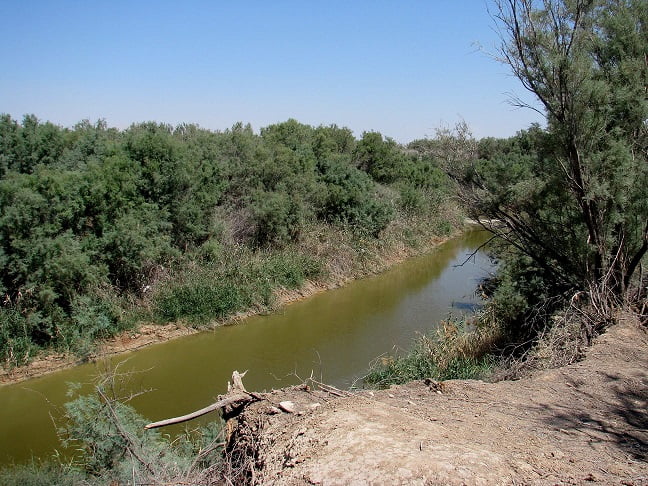 Anyway, one can easily realize where one is when noticing the Israeli flag only a few meters away, on the other side. If I remember well, there are two official crossings over the Jordan river. But standing here, you cannot help but wonder if there are Israeli soldiers in the bushes right now, watching this group of tourists, over the river that decreases more and more each year and thus diminishes the natural border between the two countries.

Next: JERASH, THE ROMAN ARABIA 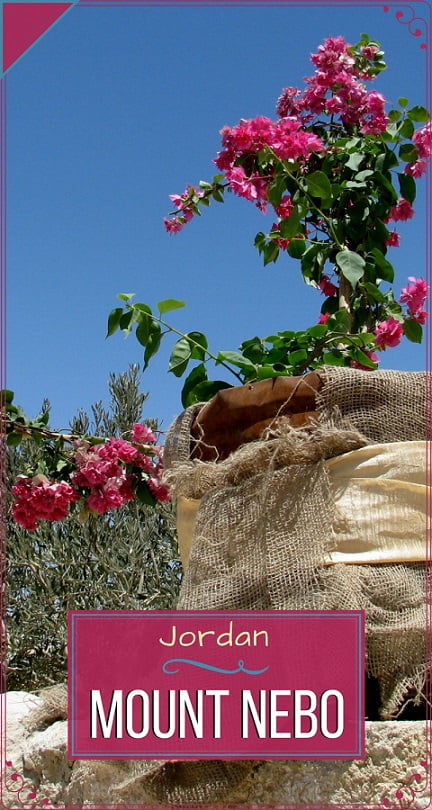 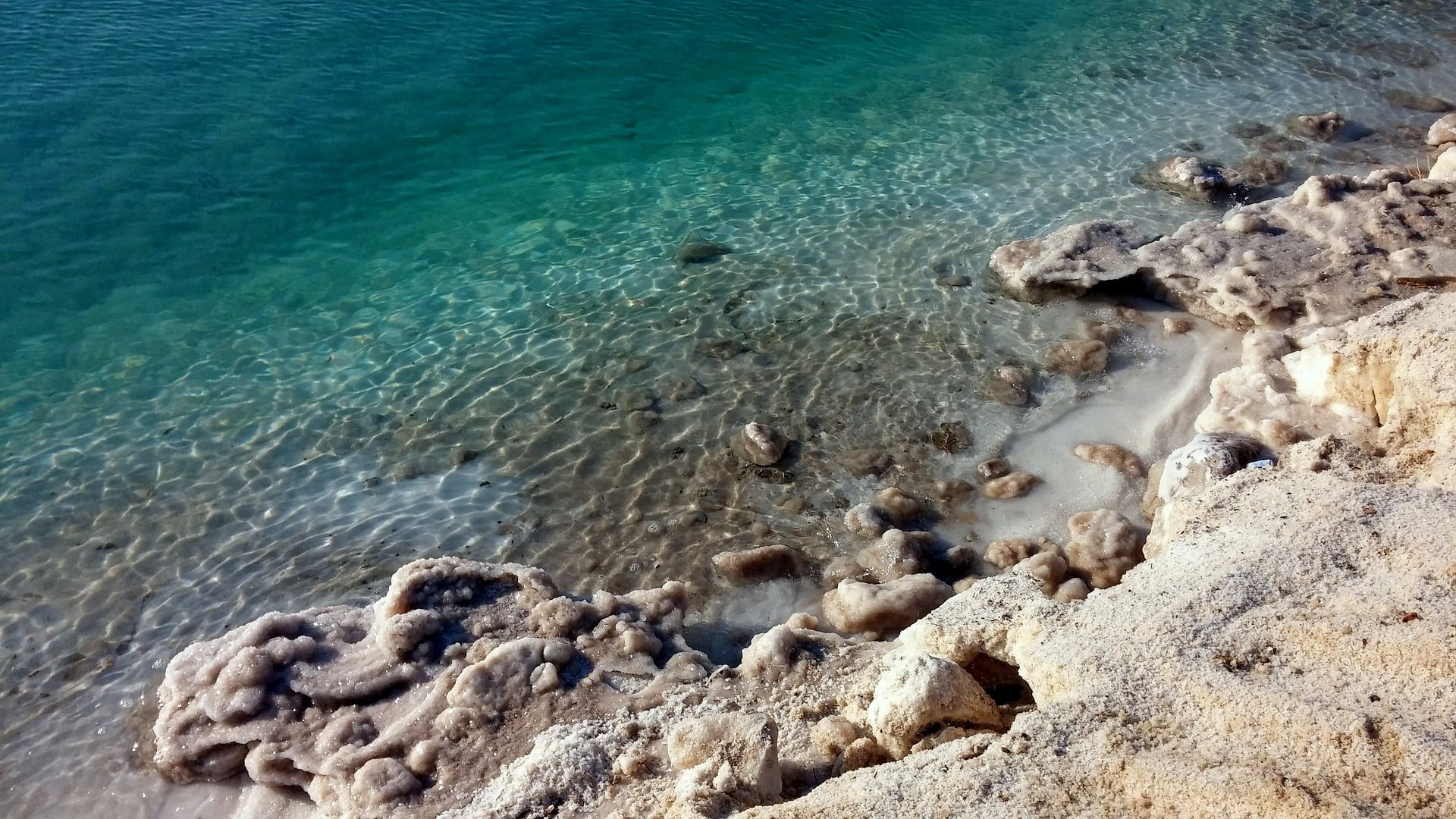 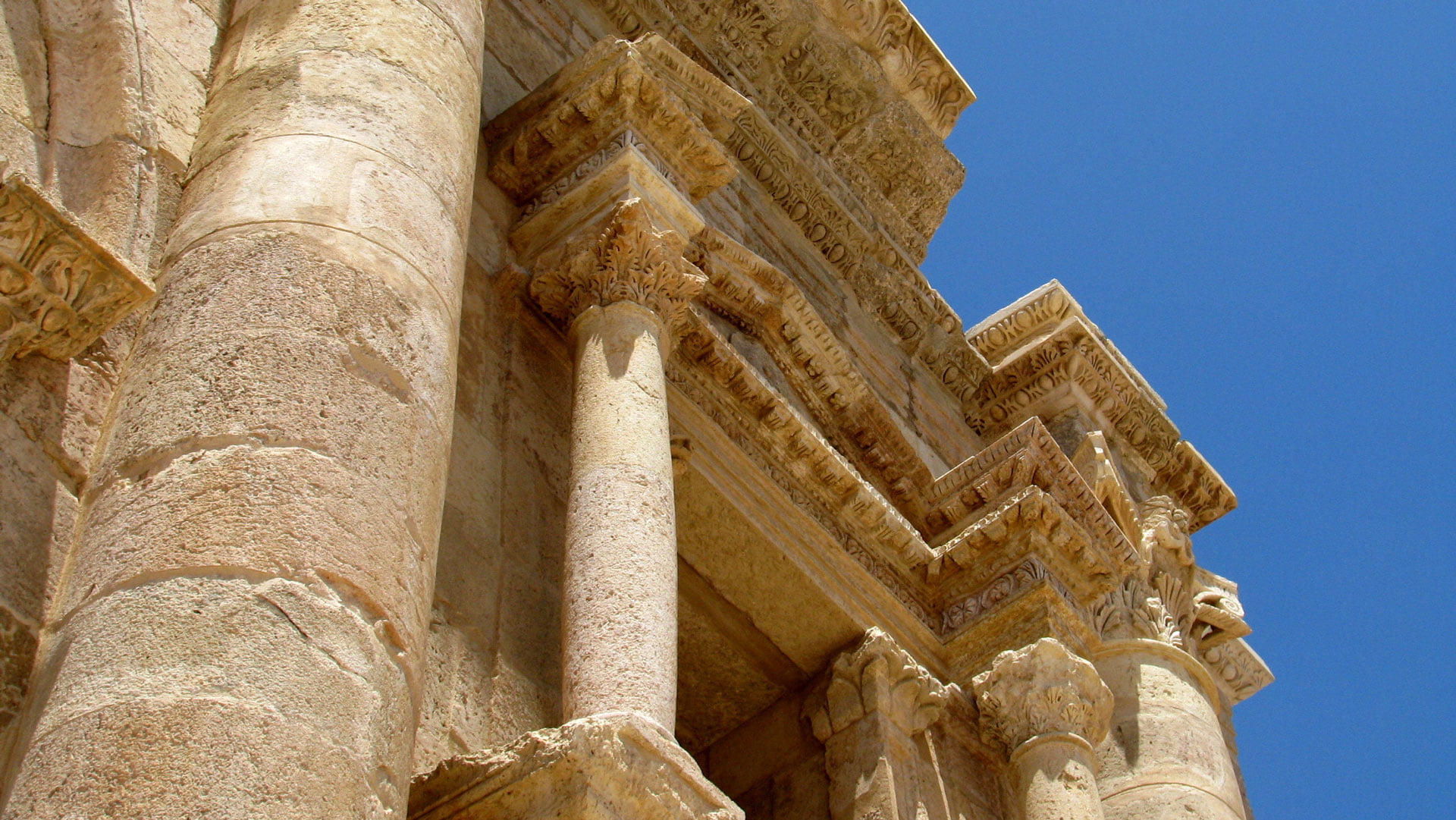