My favorite spot in Barcelona is probably Antoni Gaudi’s Casa Batllo building. Just couldn’t wait to get there, to look at it up close. Could not even believe that it actually is that colorful in person. And it was more than I could have ever expected!

It was kind of a venture to get into those Gaudi’s buildings, Casa Batllo and Casa Mila. Stood in line for more then an hour in front of both, waiting to get in.

The ‘skin’ of Casa Batllo

That is why I went to La Sagrada Familia the next day, since it was even more crowded in front of this famous church. But, I was patient enough and really proud afterwards to have visited these three landmarks of Gaudi’s Barcelona. Along with Park Guell, they are on the list of places to see in Barcelona. But, have in mind that there is a lot more of Antoni Gaudi to see in Barcelona and it is not hard to go from one building to the next, just to admire them from up front and to take few some lovely photos. It is easy to find a map of Gaudi’s architecture legacy at any Tourist Information counter in the city.

So, my favorite – Casa Batllo. Here are few things that I have read about it while gazing at its facade… (Felt a bit hypnotized by those colorful dots and blueish mosaics that covered it. It did look like a skin. Not of a dangerous being, not any more at least, rather a fairy-creature, it might be a dragon, but a great white one with charming blue, green and yellow spots along his entire body.)

Details, spots and ‘bones’ of the facade

Wasn’t a fan of lizards, dragons and such (did mention it before), but Gaudi made me fall in love with his interpretation of these creatures.

Anyway, Gaudi was supposed to remodel the house belonging to the Batllo family. The owner wanted to demolish it and build another one in this high class Gracia District. Gaudi was, however, against it. He designed two facades, redistributed the ground floor, added cellars, the attic and the terrace roof and he united the two interior patios into a much bigger one. The result of his design was most surprising and full of fantasy where the freedom of shapes and forms manifest themselves throughout. Gaudi imposed his original style here.

Both here and in Casa Mila design, almost complete lack of straight lines is noticeable.

There are a lot of different interpretations concerning the symbolism of the facade design, but they say that probably the most accurate is the one referring to the immense dragon defeated by St George (Gaudi’s favorite topic). Those skulls and bones are of dragon’s victims. Even St George is represented by a lance-tower with the cross plunged into the “spine” of the dragon. Also, Gaudi designed furnishings for the dining room and the first floor – doors, lamps, chimneys etc.

Casa Mila – another hour and a half of waiting in line. Luckily, I brought a book about Gaudi with me and read about the building I was going to enter. It says that Casa Mila was Gaudi’s last private building project, since he has dedicated his last 12 years to La Sagrada Familia. Unlike Casa Batllo, this was a completely new building.

Rooftop and corridor of Pedrera

Citizens of Barcelona immediately gave a nickname to the construction, calling it Pedrera, the name that stuck to this day and it is Catalan word for “a quarry”. They even called it el avispero (wasp’s nest) or la empanada (meat pie), because they have never seen anything like it before. Many said that it is like “a mountain crowned by a great cloud”, or like “a rolling sea”. There is no doubt that Gaudi took nature as a model and he reversed the process regarding the Park Guell, since here he was trying to “naturalize architecture”.

The originality of Casa Mila continues on into the interior with innovative elements such as spiral access ramp for cars or lack of communal staircase. One should admire the first floor with columns and ceilings, but also the famous terrace roof with unusual sculptures. They say that with the whole design Gaudi wanted to portray the undulation of waves.

Gaudi took over the project of La Sagrada Familia church nine years after the work has started, in 1891.

Last 12 years of his life he dedicated solely to this cathedral, he even lived here, but didn’t get to finish it. Unfortunately, he was hit by a tram in 1926 during one of his usual daily strolls around the city. This is thus his resting place now.

The church will have three entrances when finished: the eastern one dedicated to the Nativity, the western one dedicated to the Passion and Death of the Lord, and the southern facade will be that of a Glory and Resurrection, the biggest of all. Each entrance will have four spires. The total of 12 (between 98 and 112 meters in heights) will represent the twelve apostles.

There will also be five more of them – above the transept, representing Jesus surrounded by four evangelists, the former rising up to 170 meters. And finally there will be a bell tower covering the apse dedicated to the Virgin Mary.

One of the Bible scenes on the facade

The decoration of the Nativity facade was made up of three vestibules which symbolize the three theological virtues: Faith, Hope and Charity, all of them displaying a profusion of sculptures to illustrate various moments in the life of Christ. There are the angels above announcing the birth with their trumpets.

Expect to see the queue curving around the church, so be prepared to wait in order to get in. But, you will have the opportunity to enjoy gazing at all the details of the cathedral’s facade. This is, after all, one of the most recognizable landmarks of Barcelona.

And it’s a huge thing to know that this is a master Gaudi’s resting place, that he was buried within his own grand creation.

Next: THERE’S PICASSO, JUST AROUND THE CORNER! (5) 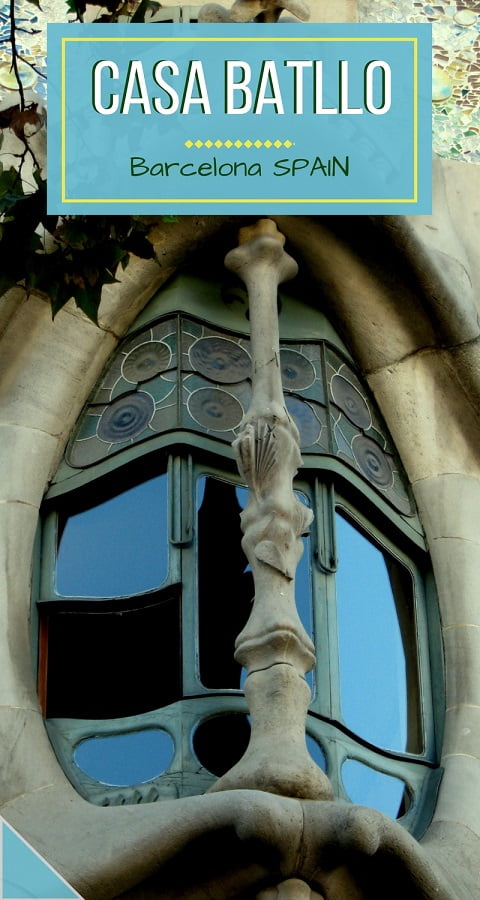 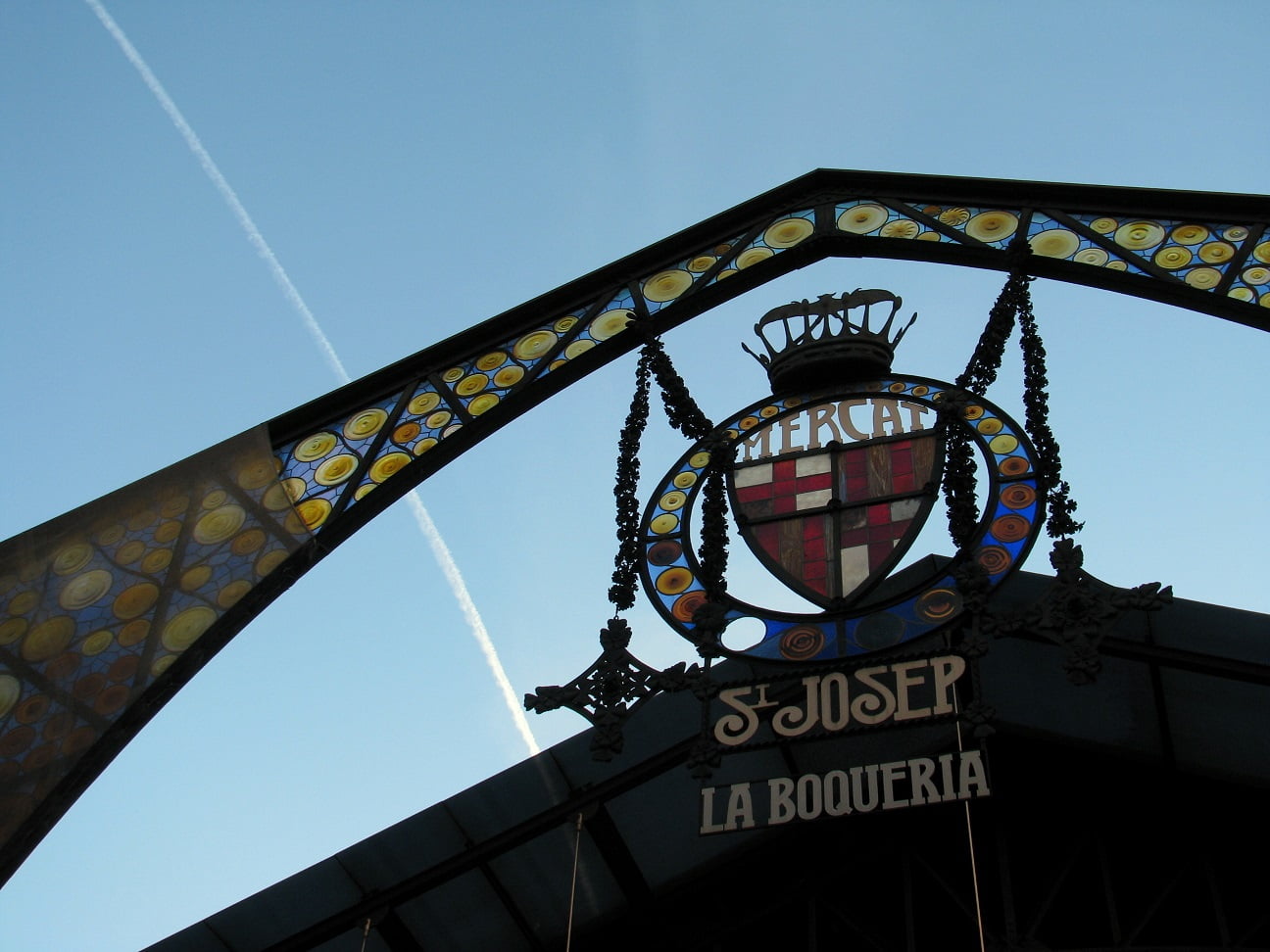 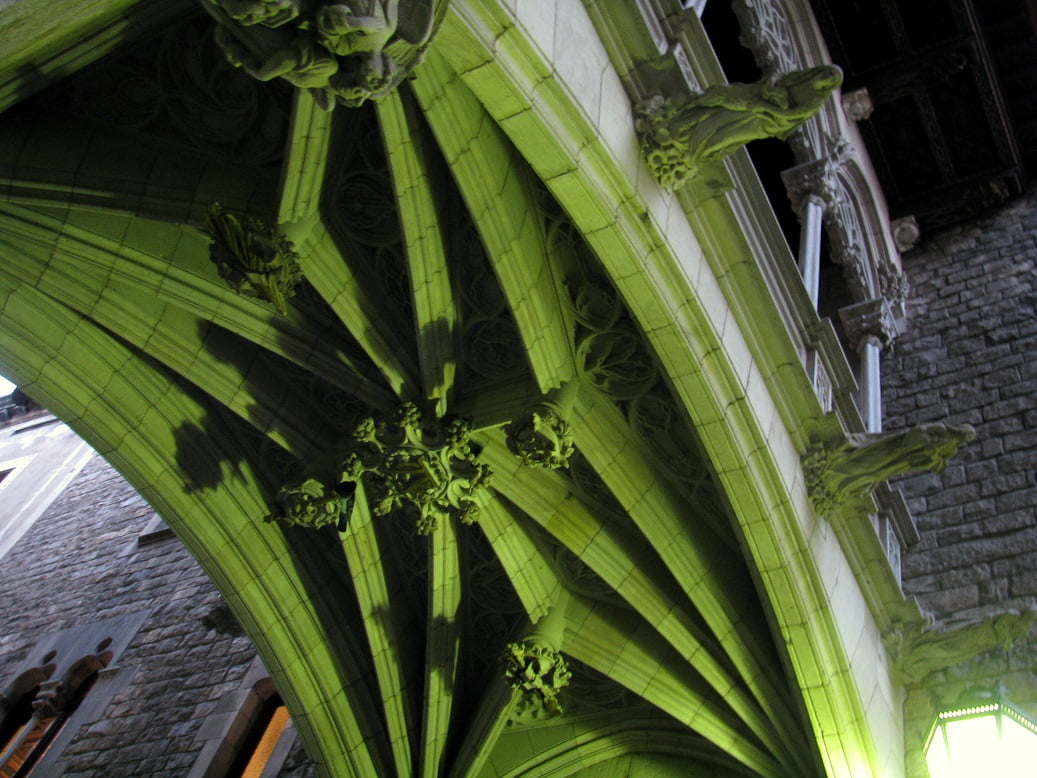