Beaches of Cuba are everything you heard about, and more! The island is located in the Mexican Gulf, its shores are splashed by the Caribbean Sea, so you can immediately picture – blue sky, beautiful horizon, crystal clear waters, white sands and that incredible turquoise sea color. Maybe a coconut-cocktail with the straw in it? Sure, why not, it’s all there! 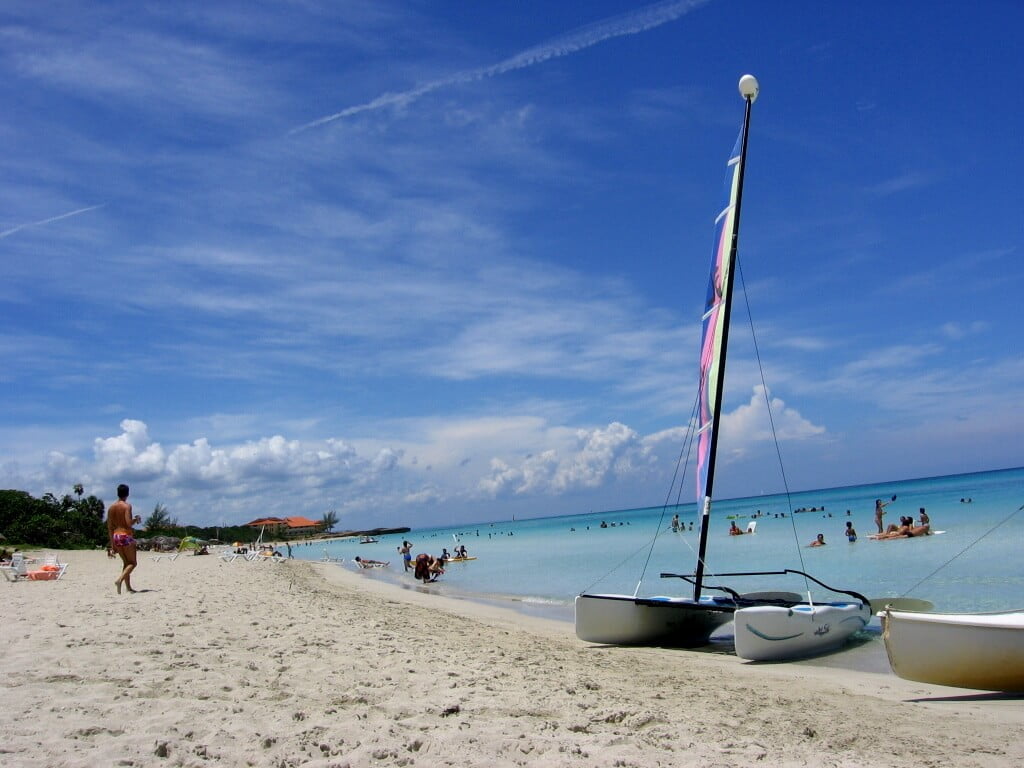 If you are booking a hotel in Cuba, chances are that you will probably be situated in Varadero, the small peninsula all packed with variety of accommodations for international visitors. The area is beautiful, it is not that far from Havana, beaches are lovely. But if you are looking for the authentic feel of Cuba, this is not even close. There is a small town of Varadero, but it’s relatively new. One of the reasons it sprung up there is because it’s “close to work”, since a lot of Cubans work in tourism (and those hotels) while the public transport around the island is still not that reliable. 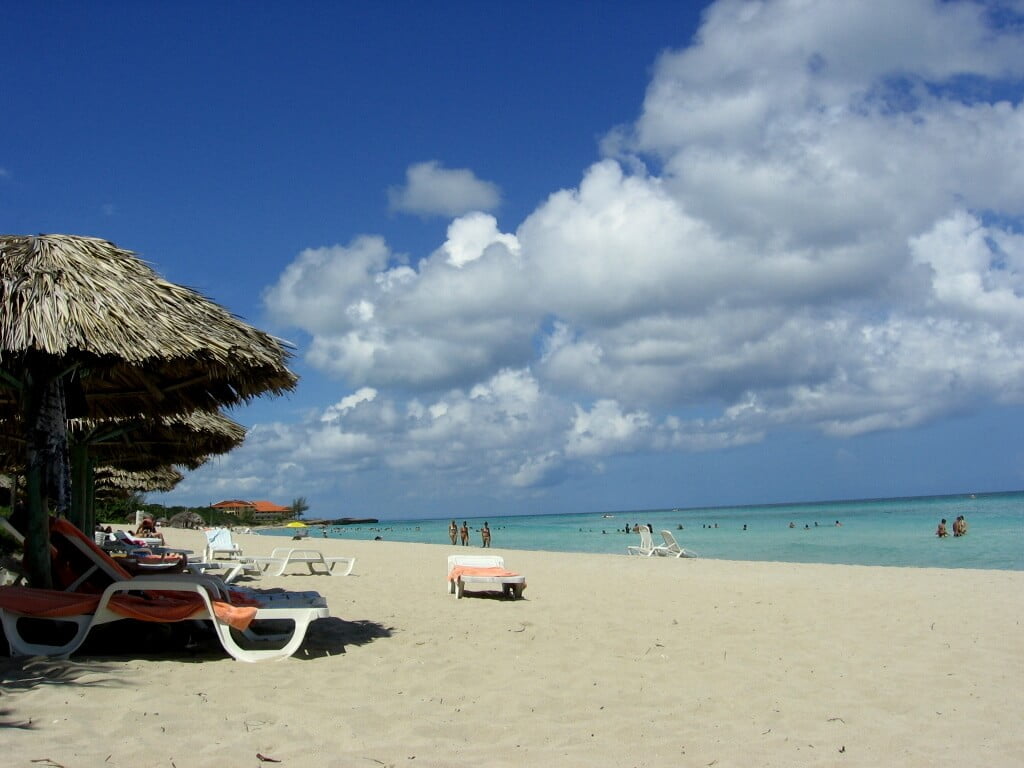 Clouds on the horizon

People nowadays rent apartments and rooms mostly in Havana, but have in mind that buildings in the city are often neglected, that you might find yourself living in a room with plaster pealing from the walls, a lot of humidity and old furniture. It might be fine, of course, since Havana also offers a wide range of new and modern accommodation. But just be prepared for both options and think again if you plan to “live like a local”. 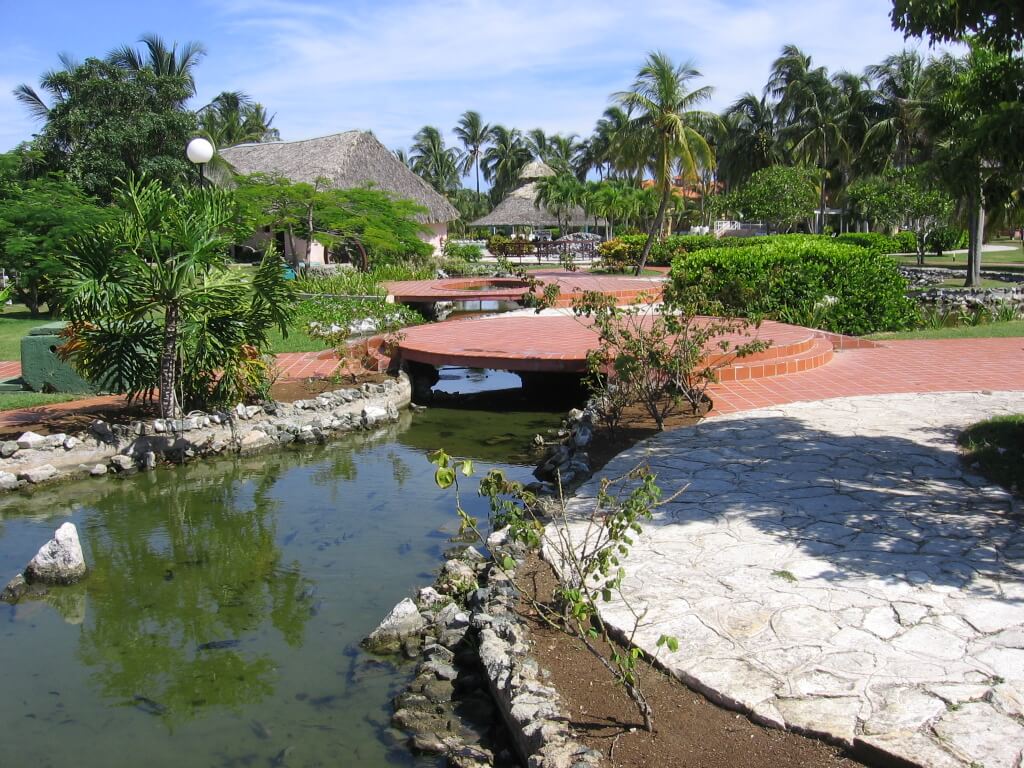 One of the hotels in Varadero

For me, a hotel in Varadero was a good choice. It wasn’t hard to go around the island from here, it was possible to book tours with Cuban operators or go around by myself. It’s totally safe, people are amazingly friendly and nice, you can get help when ever you need one. 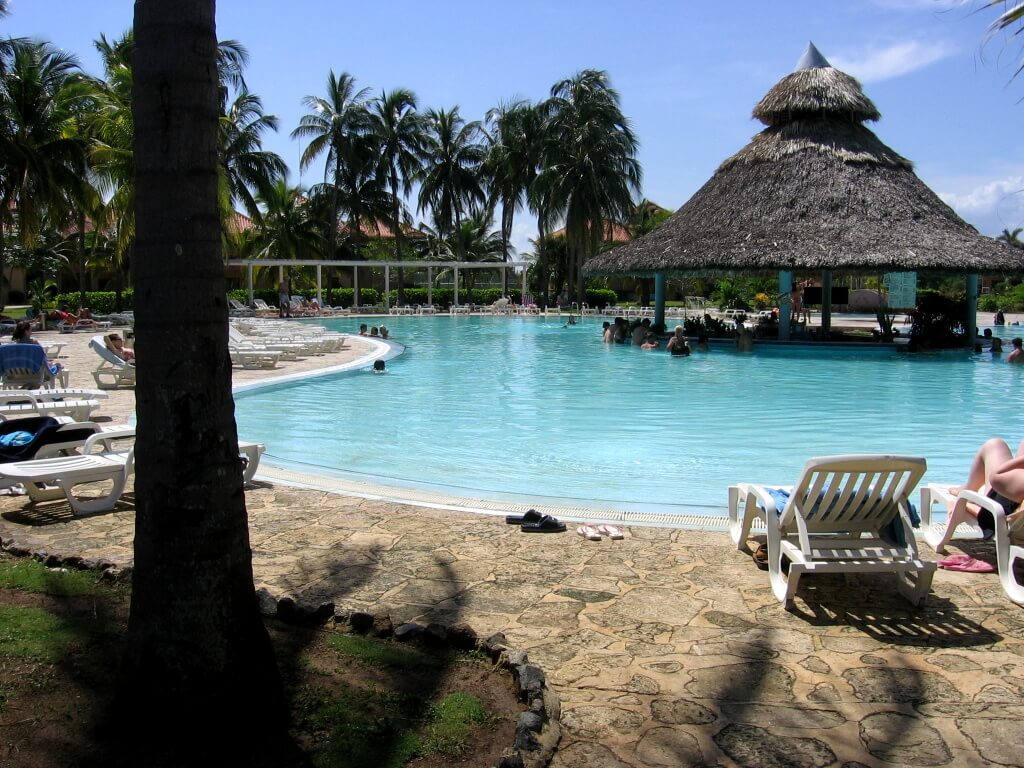 Swimming pool at the hotel

(And I still can’t grasp the fact that there were people who stayed at hotels in Varadero all the time, didn’t go out, not once! It’s such a pity not to see Cuba, not to meet its people, learn about the culture. I mean, wasn’t it easier for them to book a hotel somewhere closer and to stay there all day, every day. Why did they bother to travel that far and spend all that money on the trip! They “were” in Cuba, but they didn’t see it.) 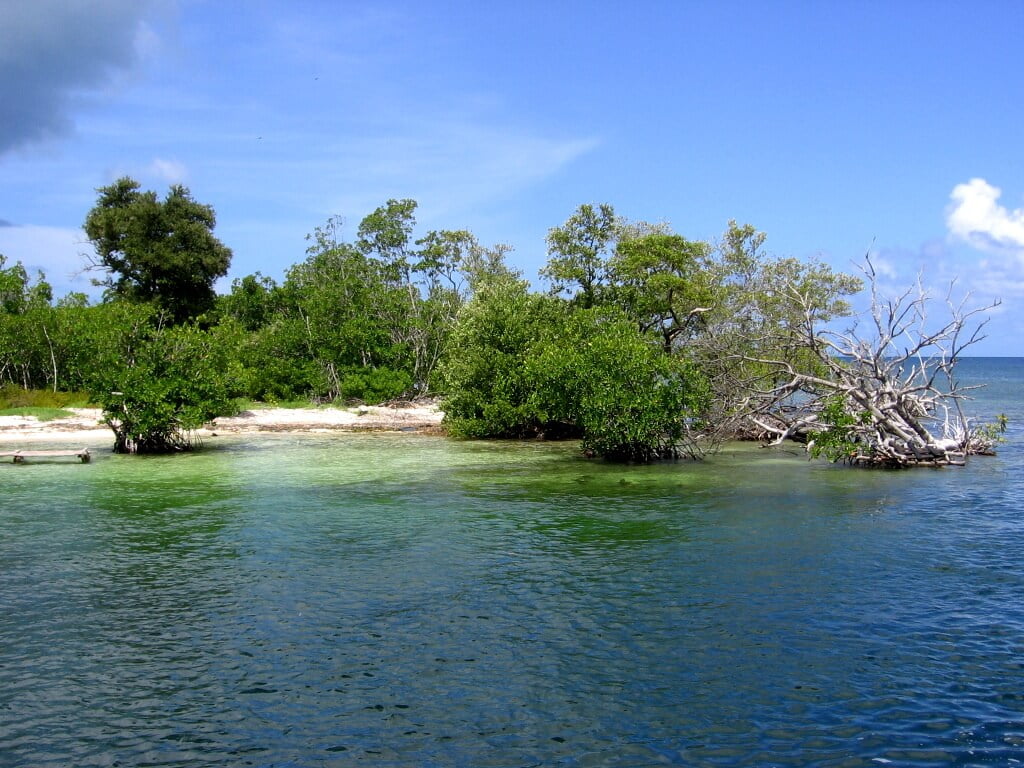 Small ‘piles’ of sand away from the shore

When I traveled to Cuba, locals were not allowed to come into hotel areas if they were not employed by them, so those beaches were only meant for foreigners. If you go to public beaches, you will probably see locals. I was actually puzzled at the time by such regulations, since if you go to “touristy” places, including hotel areas, you were only able to meet international tourists – no Cuban families on holidays. (It was way before my numerous trips to the Middle East and north Africa where I have come across more restrictions on the matter.) Okay, Cubans couldn’t afford accommodations as such, but still, this was such an unpleasant “distinction” forced upon you everywhere… 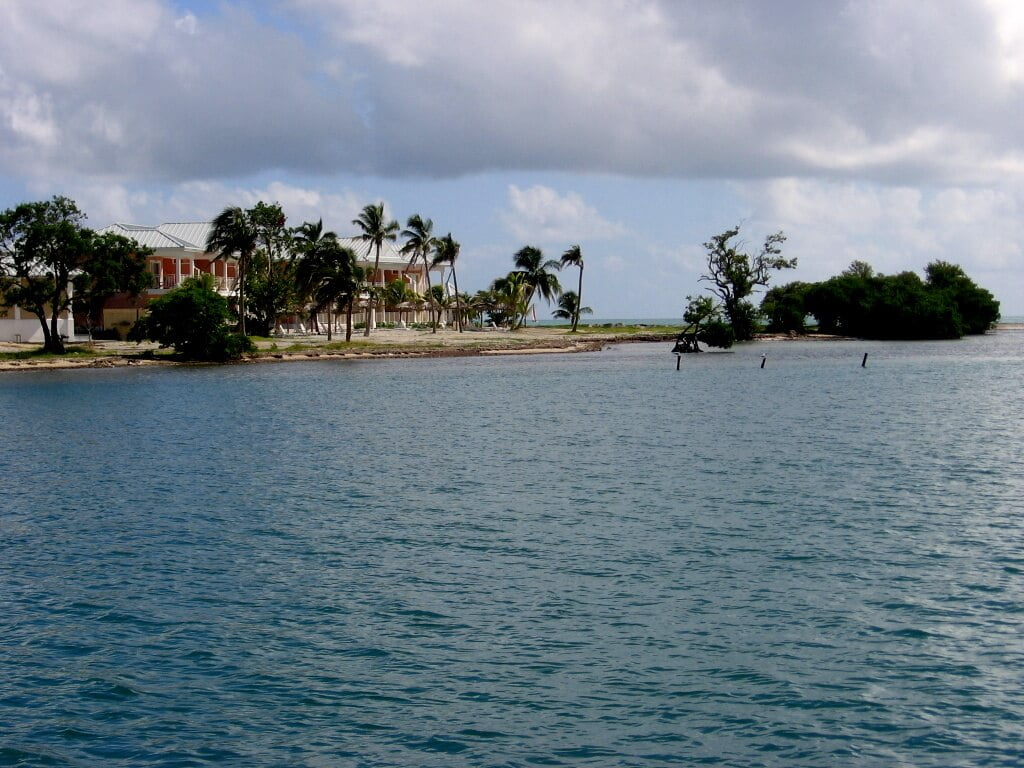 Anyway, there are ways to take small excursions and visit popular places on the island with breath taking landscapes. As I have mentioned earlier, you can book a tour or rent a car and head out there yourself. (More about means of transport in another Glimpse!) But you can also visit few small islands. There is the famous Cayo Coco in Central Cuba, the natural reserve for flamingos. Or Cayo Largo del Sur on the other side, a small Cuban island with splendid beaches on the shores of the Caribbean Sea. 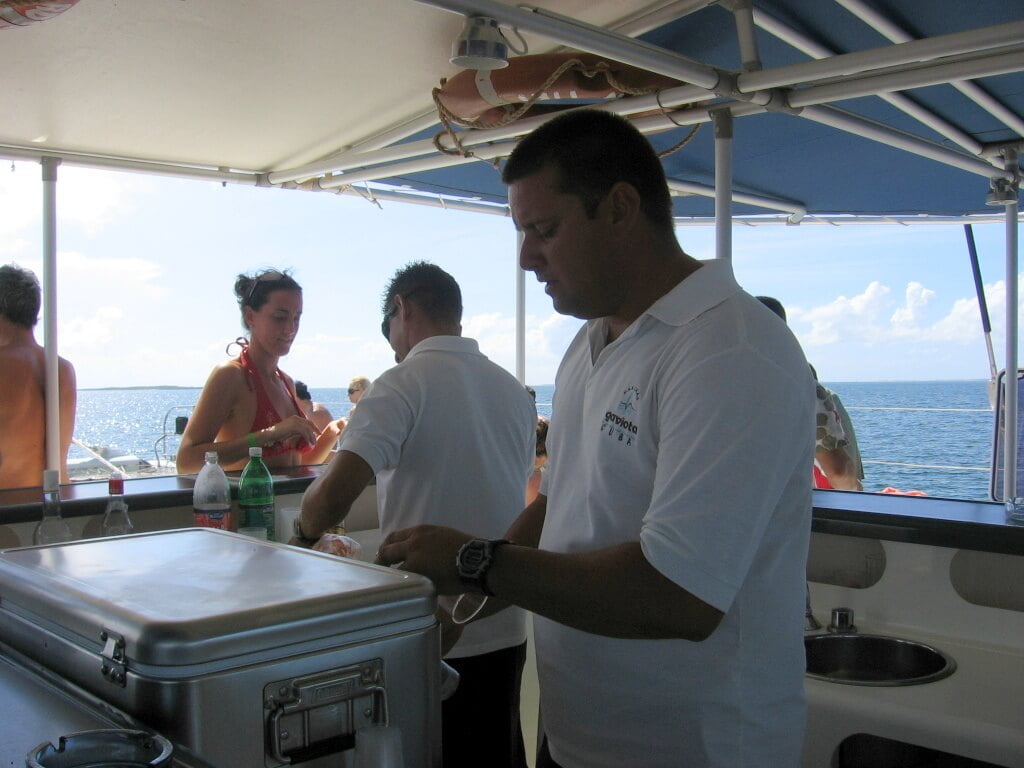 Pouring rum on the cruise boat

But the truth is that beaches in Cuba are so beautiful and that the main island has so much to offer, that you might not have time to consider visiting small islands. Never the less, a day-cruise is always a good idea, and so, I have booked me one.

Big white boat was sailing along the coast and there were so many small areas of sand and some greenery on the way. Of course, when going on a trip like this with Cubans, expect a full day party on board! Music was playing, our guides were dancing, rum was served, and we were sailing through such calm waters. If you are lucky, you might also see dolphines from the deck. 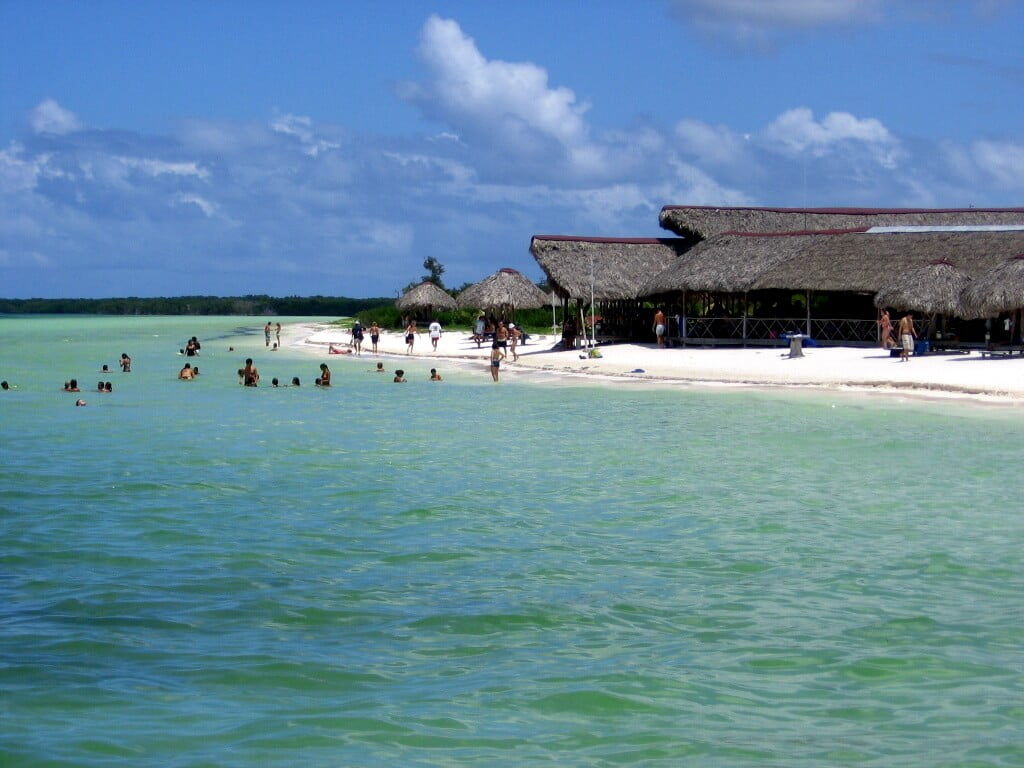 And so, we stopped at a bay of one beautiful small island with white sands, lush tropical trees and an incredible sea color. That was a lunch break. The beach was wonderful and we strolled around these untouched parts of white sand, unspoilt by the modern age. A band was already playing at the restaurant, lovely traditional Cuban songs, and there was a range of sea food to chose from. I ordered my meal, sipped a soft cocktail and there it was, my lobster was served. It was probably the biggest I have seen ever since (for five US dollars)! 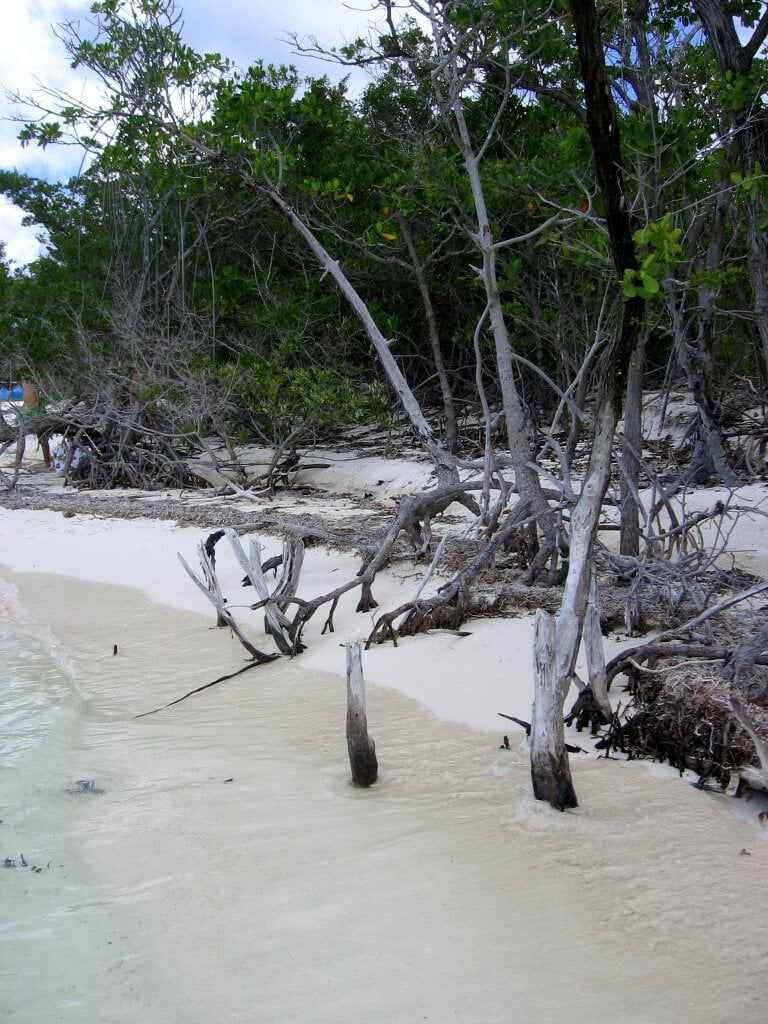 Attacked by – a fish

Spending time at the beach is always fun. I went kayaking, took a small catamaran cruise at the hotel etc. Even tried to start my day by swimming early, which I often do when going on summer trips. I got to the beach before 8 am, but it was like deserted. Everything there started according to “Cuban time”, which means – certainly not before 9! Was a bit distracted by mosquitoes that I didn’t expect at all… 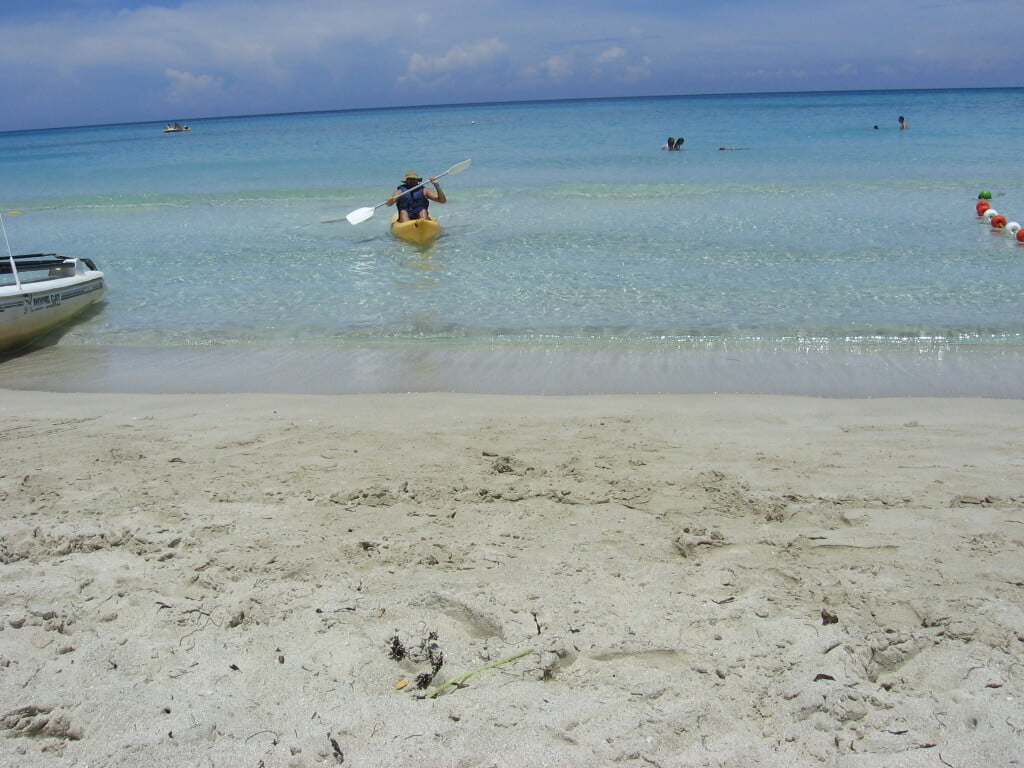 Kayaking at the hotel beach

And so, I rushed into the sea. It was beautiful, only the horizon and myself! And then something swam right to me, I wasn’t able to see what it was! Stopped, said to myself that I was probably imagining it and went on.

But there it was again! I could see that it was a fish, not a small one either, since I have tried to push it away, and it felt strong. Remembered even that they said there were barracudas in shallow waters in the morning, feeding. “It can’t be barracuda, it has teeth!”, I thought and ran out of the water like crazy! 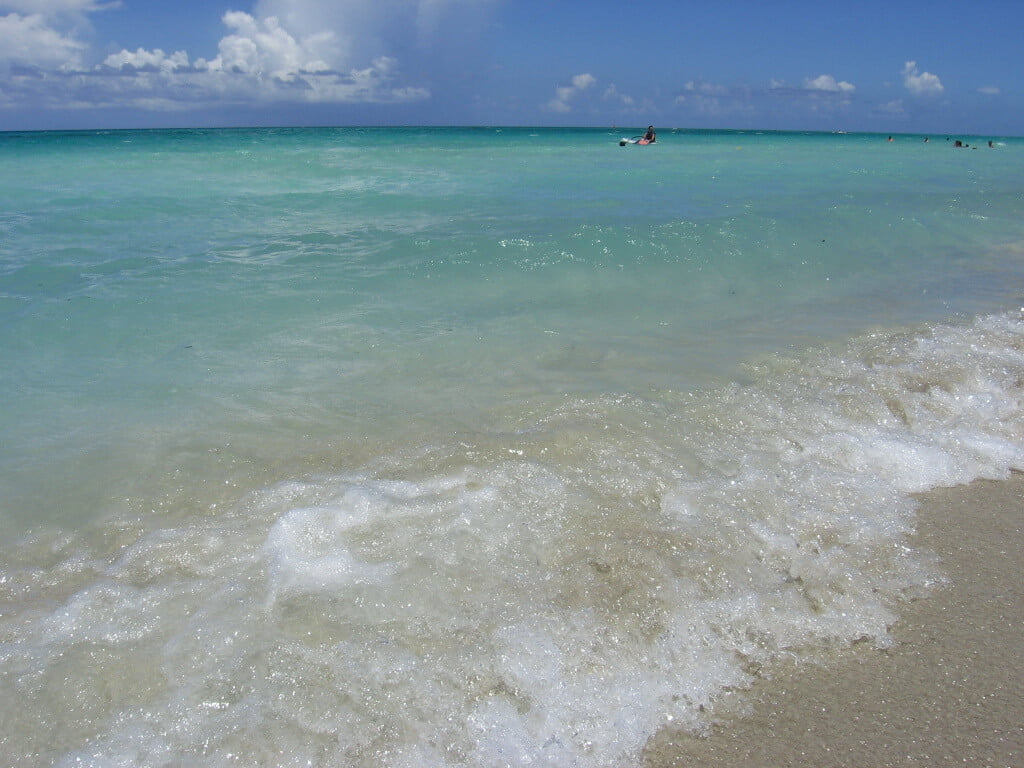 By then, there was a Cuban guy in charge of beach security, he come to work, strolling the beach. I ran out to him, panicking, explaining what happened. The fish probably thought my beaded swimming suit was eatable, he said. As I was going on and on about how the fish came back numerous times, that it was so persistent swimming around me, Cuban guy just looked at me and said: “Oh? Then the fish was male, for sure!”

Next: STROLLING THE OLD HAVANA (6) 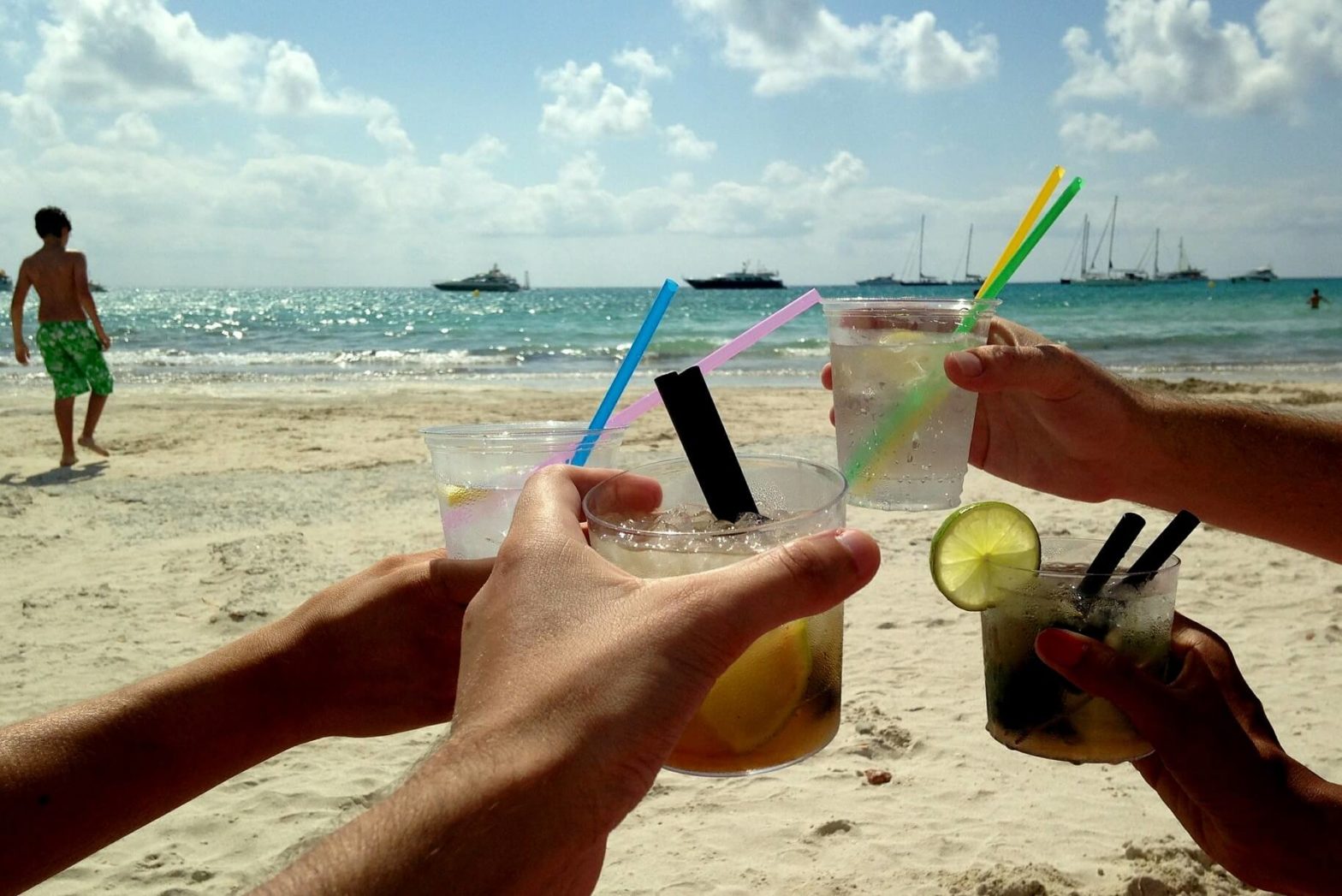 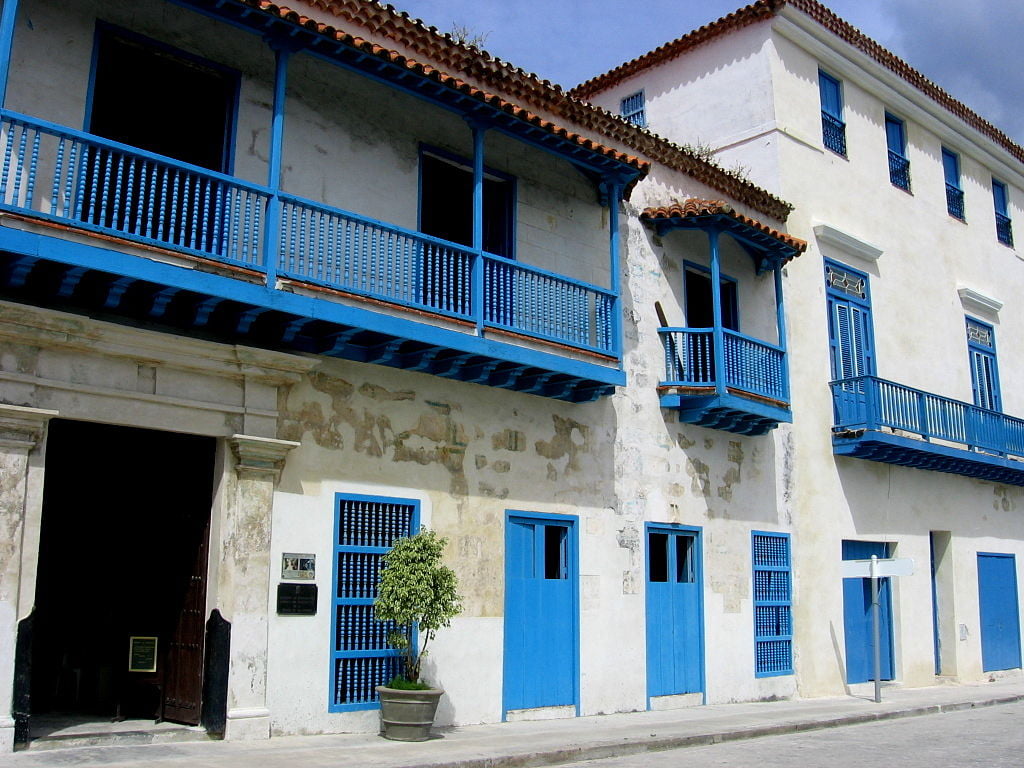